ST. PETERSBURG — Senior pastor of True Holiness Worship Ministries Rev. Dr. Robert Harrison started off as a minister some nine short years ago. His faith in God and family and help from mentor Bishop Joseph Lewis helped steer his spiritual gifts towards a higher pentacle of spiritual success.

On July 13, Harrison humbly accepted the appointment of bishop-elect, as well as the responsibilities attached with the promotion.

The father of six is well-versed on the problems that plague south St. Pete. A few years ago when he joined the Parent Support for Education Council under the direction of Pastor Martin Rainey, he learned that there were more than 130 churches south of Central Avenue.

“You would think with that many churches in south St. Pete we wouldn’t be having the kind of problems that we’re having,” he said, citing the issues with education, the lack of elder care, forgotten veterans and homelessness. “There are so many issues.”

Receiving his calling in 2003, Harrison emphatically stated that he would not turn back.

“When God calls you, you really don’t have a choice,” he asserted. “You’ve got to heed that call; you have to answer, and you’ve got to stay that course.”

Harrison would like to capitalize on his ties with St. Petersburg College to start various programs and establish sports teams that would build athletic skills and help students thrive in college.

He said for the last two decades, St. Pete has had a plethora of black athletes going by the wayside because they don’t have the athletic prowess to be considered blue-chip players.

“But they are good enough to get scholarships to Division III colleges. The only problem with that is they wind up failing and have to come back home,” he said, adding that if SPC offered these same sports programs such as track and football, local students would benefit.

“They can go to SPC, get their grades up and get filmed so they can be seen, and then possibly develop into Division I athletes.”

The bishop-elect looks forward to the challenges ahead and feel that no problem is insurmountable when you are “anchored in the Word.”

Harrison will eventually preside over three churches in the Church of God and True Holiness organization. True Holiness Worship Ministries is located at 2800 41st Ave. N.

Praise the Lord saints. This is another one of those hard-hitting messages because it has…

Battle Scars: Selling out and buying in, part 12

Praise the Lord saints. A few weeks ago, I mentioned a couple of phrases that would help… 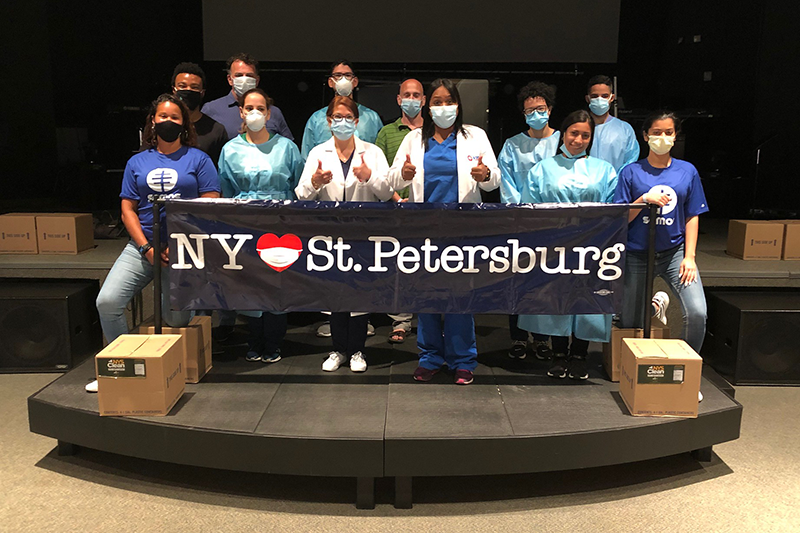