There is a systematic plan by developers and politicians, who fill their campaign accounts with big bucks, to push poor and working-class black families out of their homes and businesses on the south side of St. Pete.

As a white woman who has lived here for more than 50 years, I have witnessed this attack on the black community, and I am disgusted by it.

I know I speak for many white people in this city who do not want city officials to displace elderly black Jordan Park residents for big developers to make profits.

We understand that when new luxury apartments downtown push up the cost of housing for everyone in St. Petersburg, black families suffer the most!

It takes a minimum wage worker 108 hours per week of work, or the equivalent of three jobs, to afford a two-bedroom rental apartment in St. Petersburg. That means there is no affordable housing for many regular working people, and black workers are often paid less per hour than white workers.

We are horrified to hear about police on every corner in the black community stalking young black people, arresting and charging them with crimes that young white people are never charged with. Knowing they will be brutalized and could be killed in the process of those arrests makes this even more distressing.

We are appalled at the media’s depiction of black youth as thugs. The entire young black community is characterized as criminals when a few teens race cars in a parking lot, something I remember white boys doing at Dixie Hollins High when I was a teen. All white youth were not criminalized because of that.

Police and media attacks on the black community open the door for gentrification. These attacks work in tandem with the plans of powerful politicians and predatory developers to steal more land from the south side black community.

We will not take their side! There is a growing movement in this city of people who stand with the demand of the black community to stop this all-out assault on black people, black families and black children.

This movement to elect Eritha Akile’ Cainion for District 7 City Council and myself, Anne Hirsch, for the District 5 seat is creating a hostile environment for the capitalist elite developers. We can make it impossible for them to carry on in this city.

Reparations are due to the black community to restore the economic life of the community destroyed by the city government, and these greedy developers over the last few decades.

The black community demands that the city return the land under the Trop, which was a part of the Gas Plant neighborhood that once contained more than 500 households, nine churches and more than 30 businesses that were either moved or closed.

The reparations demand requires an infusion of capital for the black community to redevelop that area and rebuild the housing and businesses in that black neighborhood.

Our city is flush with cash now! City officials have spent it frivolously and unnecessarily over the last few years.

I am offended by the building of a new police station for more than $85 million, a piece of artwork on the waterfront for another one million dollars and $35 million for downtown parking and transportation for tourists and wealthy white condo owners while black residents and regular working people struggle to survive in this city.

When we invest our tax dollars in reparations, there will be commerce within the black community once again! This will lift the south side black community out of poverty, creating a prosperous, healthy area for everyone who lives there.

This development will raise the tax base of St. Pete instead of enriching greedy out-of-town developers and the current city council and mayor! The building of affordable housing will take the pressure off the housing market, and rents will go down. Regular working people will once again be able to afford housing in St. Petersburg.

It is this kind of development that will uplift the entire city!

Reparations to the black community just make sense. It halts gentrification and creates a city where everyone can thrive, no one at the expense of any other!

This is a bold new vision!  It is the only truly progressive, sustainable way to develop St. Petersburg!

St. Pete ran the first ever reparations candidates in 2017!  In 2019, we will be the first city to elect reparations representatives to city council!

Donate and come out to volunteer with our Akile and Anne brigade! The excitement is palpable! People are thrilled to have an alternative to the same old negative ideas that tell us it just takes time. That is a lie!

We can halt the building of luxury condos today! We can create a city based on the needs of the people, not the greed of a few.

Join the campaign, and together, we will unify our city through reparations to the black community! 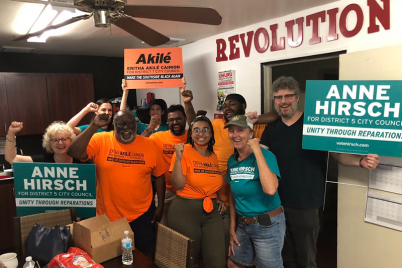 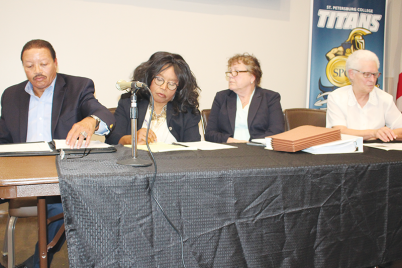 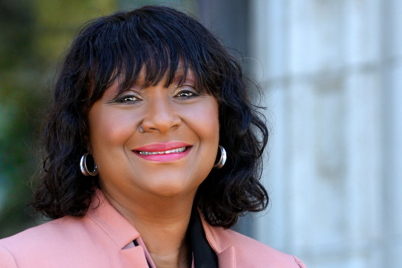 The City of St. Petersburg: Challenges and resolutions

Trenia Cox By Trenia Cox: A candidate’s perspective The City of St. Petersburg is…