ST. PETERSBURG – Hundreds of cancers survivors, caregivers and supporters met on the track field at Lakewood High School last Friday to raise funds to improve cancer survival, decrease the incidence of cancer and improve the quality of life for those stricken with the disease and their caretakers.

Each year, more than 5,000 Relay For Life events take place in more than 20 countries. The South St. Petersburg Relay for Life has been going strong since 2005, and the May 3 event is the largest so far with 28 teams participating.

Deputy Mayor Dr. Kanika Tomalin stopped by to lend her support for the event. Before stepping into politics, she worked at Bayfront Health System for more than 15 years and saw firsthand the healthcare issues that plague the community.

“Every step that you take tonight will make a difference,” she said. “It not only funds research, it fuels hope, gives us all a reason to believe that one day we won’t need to walk, and help support survivors who are so strong and valiant in their fight.”

About 36,840 black men and 36,190 black women are expected to die from cancer in 2019. More than 1.3 million African Americans with a history of cancer were alive on January 1, 2016, many of whom were diagnosed years earlier.

Collectively, blacks have the highest death rate and shortest survival of any racial/ethnic group in the U.S. for most cancers. Black men also have the highest cancer incidence rate. The cause of these inequalities are complex and reflect social and economic disparities and cultural differences that affect cancer risk as well as the difference in access to high-quality health care, more than biological differences.

Moreover, black men and women bear a disproportionately high burden of other diseases, which influences cancer survival. In 2016, the death rate in the U.S. was higher for blacks than whites for heart disease, stroke, influenza and pneumonia, diabetes, hypertension, HIV/AIDS, kidney disease and homicide. Consequently, life expectancy is lower for blacks than whites among both men (71.5 versus 76.1 years) and women 77.9 versus 81.0 years). 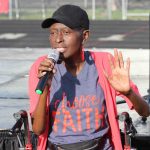 Tanasha Whiting was wheeled onto the field to share her fight with metastatic breast cancer.

After a prayer by Mt. Zion Progressive Missionary Baptist Church’s Rev. Louis Murphy Sr., whose wife died of breast cancer, cancer survivor Tanasha Whiting was wheeled onto the field to share the story of her fight with metastatic breast cancer.

She’s had two relapses since the initial diagnosis. The first relapse revealed  lesions on her brain.

“I had radiation on the brain, and that has changed me,” Whiting said. “My memory is, there’s not a word for it, it’s so far and in between. Like in the middle of a sentence, I’ll just forget. What are we talking about?”

After an extended stay in St. Anthony’s Hospital, she started to recover. “I was back to driving, walking, you couldn’t tell me nothing. Was back to doing what I do, and I was going along fine.”

Four months later, she gave her testimony at breast cancer event and even made an appearance on the dance floor. A week later, she was unable to walk. Her brain was not communicating with the lower half of her body.

“Now I can bring my toes up, down; I couldn’t do that. And God brought all of this back to me. So my heart’s desire is to encourage each and every one of you,” she said.

The cancer she was diagnosed with is not hereditary in her family. “This was something specifically assigned to take me out,” said Whiting, adding that every woman should conduct monthly breast self-examinations and receive mammograms for early detection.

For the first time since she was diagnosed two years ago, no cancer is showing in her body.

“Trust in the Lord our God,” she finished.

According to the Center for Disease Control, the cost of cancer care continues to rise and is expected to reach almost $174 billion by 2020. Annual Relay For Life fundraisers helps provide financial support to fight one of the deadliest diseases worldwide.

As of Wednesday night, the South St. Pete Relay For Life event raised $23,246, shattering the goal of $15,000. To make a donation, visit http://relay.acsevents.org/ 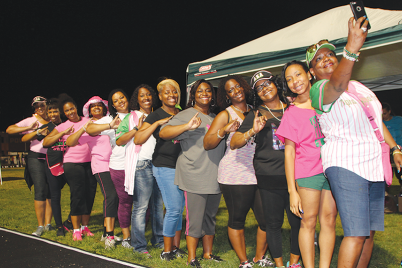 BY ALLEN A. BUCHANAN, Staff Writer ST. PETERSBURG – One of the hottest days of the… 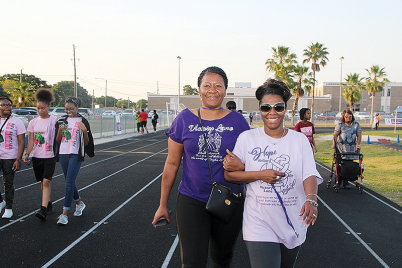 By Allen A. Buchanan, Staff Writer ST. PETERSBURG –Hundreds of residents converged on… 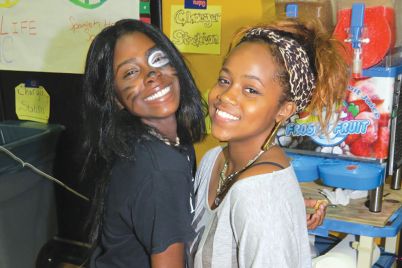 BY ALLEN BUCHANAN, Staff Writer ST. PETERSBURG — South St. Petersburg was the only…