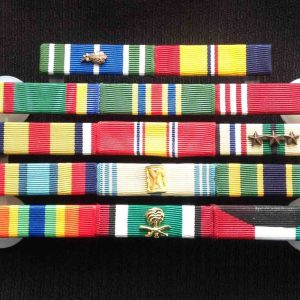 To all my fellow veterans, I wish you all had a great Veterans Day.  While the world takes time out once a year, I know, being a 14-year service-connected disabled war “hero,” we are still fighting battles we should not have to.

It’s taken me almost 20 years to finally get what I had earned, if you will, seeing as I was medically discharged back in Feb. 1999, and the very issues I was being Med boarded out for I didn’t receive service connection until 2018!

Yes, there is no typo; the dates are accurate.  The system has been broken, and it was acknowledged back in 2008 by the then secretary of the VA in an interview on 60 Minutes: “Delay, deny, and hope that I die.”

See, if you die while attempting to receive service connection for issues sustained while serving this great country, your chances of your family continuing to fight to get benefits are slim to none.

Also, most family members don’t understand the lingo, jargon, etc. of the VA, and it gets very frustrating, and in most cases, they just move on because they are still attempting to deal with their loss.

I get so pissed off about this subject that I have to think “happy thoughts” to reel myself back in.  And to make matters worse, we have the only regional office in the entire state right here in our back yard and no elected official over the past 30 years that I have been here had attempted to do anything to better this mess.

Well, that is about to change soon.  I won’t speak specifics yet, but you will hear about it.  But in the meantime, if there are any black veterans that feel as though they have been discriminated against by the Compensation and Pension Department, please reach out to me so that I can add fuel to this already towering bonfire that has been one of the major root foundations of veteran homelessness and drug addiction.

Psychologically speaking, there is a part that it plays, but it’s not until after we have been traumatized by the very system that we volunteered and swore to give our lives for only to have that very system to turn their backs on us.

Most of the time, it’s a civilian that either never was in the military or one that was in but was discharged under other than honorable conditions, and now they are in positions of authority to screw a veteran that had nothing to do with their situation.

Pardon my language, but I just don’t have the time nor feel “peachy” about this mess.  Multiple evictions, car repos, and utility shut-offs have a way of taking almost all your joy. But, thanks be to my Lord and Savior Jesus Christ, the author and finisher of my faith, for keeping my family and me through it all. Hallelujah!

Unfortunately for a lot of other veterans, they don’t have that perseverance, determination, and dogmatic steadfastness to say, “I be damned if you do it to me.” Again, I apologize for the language, not the intent.

These people have ruined families for decades, and elected officials sit back and pass the buck as though there is nothing they can or could have done. BS! Cowardly, to some extent, because although they may not be in a position directly to do anything, they have colleagues that either are directly connected or know someone that knows someone that is.

Understand, I don’t have any issue with the U.S. military or the greatest country in the world, well to me, it’s the people within the system that have been strategically placed in positions to execute their hateful, racist actions against us and it has to be dealt with head on.

Again, any veterans that know that you have done all that was required of you with regards to submitting the proper paperwork received the diagnosis, etc. but have still been denied for what appears to be for no reason, you probably have been victimized, and I can help.

You have my information in this column and can contact me anytime.  If I don’t pick up, leave a voice mail, text me, or email me.  Give me details so that I can have some idea, and I will reply.

Bishop Buzzkill is back!

Praise the Lord everyone. I’ve expanded the scope of why we continue to have the same…

Praise the Lord. Continuing from where I left off last week, when a person tries to…

Battle scars: When the church wounds its own, part 7

Praise the Lord saints. Well, the tournament is over, and again I want to thank St.…