ST. PETERSBURG – The third annual Heart Attack and Stroke Heroes Banquet honored 18 survivors Saturday, Sept. 29 at Empath Health. The event not only honors stroke and heart attack survivors, but it also aims to educate the public on the causes and symptoms of the diseases.

“Everybody that has suffered a heart attack or stroke please stand,” asked Leila Wilson, organizer of the event. “Look at God!”

Three years ago, Wilson’s daughter, Karla, had a stroke at age 43. She spent three hours with a friend who thought she was joking around. When she passed out, the friend went next door and got help. She was rushed to the hospital.

In ICU, Wilson called her pastor, Rev. Brian Brown of St. Mark Missionary Baptist Church, to pray for Karla. She put the phone on speaker and laid it on Karla’s chest. When the pastor said “Amen,” she started blinking her eyes.

Karla could not speak or move, a single tear streamed down her face. She spent almost a month in the hospital and was then moved to therapy. Doctors never found out the cause.

“I had a blood clot in my neck, and it split and broke off,” said Karla, whose speech is still slurred. “The neurologist kept saying, ‘you’re very lucky.’”

The mother of two is determined to get the use of her arm back. Her mobility is good, and she’s able to drive. Karla was even kicked out of therapy because she progressed ahead of schedule.

“I know it will get better because I have faith,” remarked Karla, who is unable to work.

Guest speaker Rev. Dr. G. Gregg Murray of Mt. Zion Primitive Baptist Church suffered a heart attack in 2007 and one last Dec. While in ICU, he said Jesus came to him and said, “Live again.”

“He made me whole, so I lived again. I added more fruits and vegetables to my diet; I opt for vegetable oils, I go for whole grains, and I chose skinless chicken, fish or beans for protein,” stated Murray, adding that he exercises up to 30 minutes a day. “I pray, and I love.”

His advice to his fellow heroes is to stay positive, set enjoyable goals and learn to accept the things that they cannot change.

The day before the event, Stephen Banks, Jr. overheard Wilson talking about the banquet in the grocery store. He asked if he could attend because his father, Stephen Banks, Sr., died two weeks prior of a hemorrhagic stroke. He was 41.

Banks, Sr. had a few of the stroke risk factors such as untreated high blood pressure. Banks, Jr., 23, said he is headed to the doctor.

Clinical Pharmacist Dr. Charlie Colquitt was on hand to talk about stroke risk factors and how to identify if you or someone you know is experiencing one. He spoke about the American Heart Association/American Stroke Association acronym “F.A.S.T.”

Face drooping. Look for one side of the face sagging and ask the person to smile.

Arm weakness. Ask the person to raise both arms. Is one arm drifting downward?

Speech difficulty. Is the person slurring their words, or are they having difficulty speaking?

Risk factors of heart disease play an important role in determining whether or not you’re likely to develop heart disease. Two of these factors, age and heredity, are out of your control.

The risk of heart disease increases around the age of 55 in women and 45 in men. Your risk may be greater if you have close family members who have a history of heart disease.

Other risk factors for heart disease include:

Dr. Colquitt urged any feeling pressure, radiating pain, even in their jaw, nausea, shoulder pain or sweating to call 911.

Pharmacist Dr. Lamont Allen was 38 years old when he had a heart attack. He worked out four or five days a week, didn’t smoke or drink and ate well, but heart disease ran in his family.

He encouraged everyone to know their numbers—blood pressure and cholesterol. Dr. Allen also said pain is a good thing, “it’s a warning sign that something is going wrong.”

Wilson plans to continue honoring stroke and heart attack survivors as long as she can.  Since retiring this year as an aide for Senator Darryl Rouson, she can no longer come out of her pocket. Outside of Rouson’s contributions, this year was the first time she had sponsors: Rubenstein Law and Lawson Funeral Home. 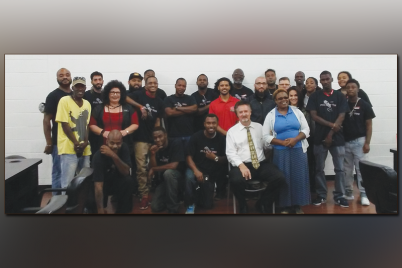 American Institute of Beauty students were treated to a workshop, gaining valuable…

Beating sugar: 7 Ways to keep your January diet on track

By MIA DE GRAAF FOR DAILYMAIL.COM January is in full swing, and the internet is buzzing… 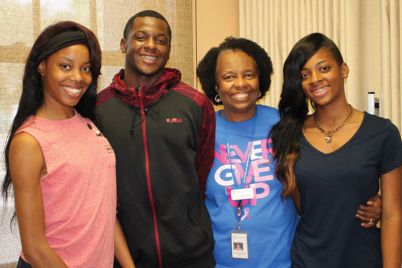