ST. PETERSBURG – Shortly after the doors opened at 6:30 on a recent morning, a five-year-old girl was playing with plastic figurines of marine wildlife – confident she might be a marine biologist one day. Two other children were trying to fix a frozen computer program. Others worked on puzzles, blocks and art projects.

School may be out for the summer, but the 112 youngsters in the pre-kindergarten summer camp at the Children’s Center at Mt. Zion Progressive Missionary Baptist Church are being challenged to learn and grow.

“This might be a day care or a summer camp, but we aren’t here to babysit,” said office manager Angela Merck, better known to the children as Ms. Peaches. “We’re here to teach these kids. The younger they learn, the better.”

Experts agree that the pre-kindergarten years are crucial, especially in neighborhoods such as those around Mt. Zion, the midtown church that has the largest black congregation in St. Petersburg. 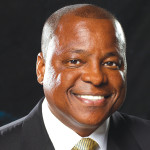 Generational poverty abounds in Midtown and Childs Park, and adults such as Merck and the Rev. Louis M. Murphy Sr., Mt. Zion’s senior pastor, worry that many youngsters enter elementary school already lagging behind their peers from more affluent neighborhoods.

“We want to bring an effective change in these parts, specifically within a two-mile radius of where we are,” Murphy said. “We need to be proactive in preparing our children with alternatives other than the street, and the only way to do that is start at age 0.”

Murphy says early childhood education is at the core of what Mt. Zion is trying to do for the betterment of the community. And he isn’t alone in stressing that. 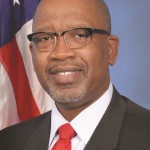 Other leaders in St. Petersburg, such as County Commissioner Ken Welch, also emphasize the need for early childhood education, saying the lack of education figures in the high poverty rate in the area.

“Some people don’t realize the impact that poverty has on our economy and how it affects each of us directly,” Welch said. “Poverty causes people to be sicker (and leads to) higher rates of arrest and lower education outcomes. We all pay for the price of poverty, especially the children.”

Poverty is often generational, Welch said. “If the grandparents are poor, the parents are poor and the kids are poor unless we do something to encourage these young kids to succeed.”

According to reading scores on state tests, five of the state’s worst elementary schools in 2014 were in southern St. Petersburg. Four of them were in Midtown.

The county school district and the state have made changes in the leadership and teaching staffs at those schools and put special emphasis on reading, math, student discipline and parental involvement.

At the Mt. Zion Children’s Center, those objectives were already in place. The goal there is to build a community of learners by giving youngsters an early childhood experience that encourages independence, confidence, social skills, and responsibility.

“We want children to grow up confident, and most importantly respectful not only of other people but of every creature,” Ms. Peaches said. “That’s why the children have two pet guinea pigs and a pet rabbit that they help take care of.”

During the school year, Mt. Zion offers voluntary pre-kindergarten and before- and after-care service for children in grades K-5.

The church’s goal “is to expand the facility so that we can start bringing in infants because we believe that education should start at age zero,” Ms. Peaches said. “That’s part of why we developed the Vision 300 plan because we just don’t have the space to do that right now.”

Vision 300 is a five-year plan initiated by Murphy and church leaders. The goal is to raise $1 million to expand the church and its children’s programs.

“There are so many kids that get off track in their education and in their spiritual path,” said Murphy. “They end up on the streets. It is critical to instill good morals and values at a very early age and not wait until children enter elementary school.”

Murphy and Ms. Peaches realize that some students who attend the summer camp or voluntary pre-K program get little support at home. Some students receive no help with homework.

“We assign homework and the next day a student will come back with it incomplete,” Ms. Peaches said. “That’s not their fault. We motivate them to learn here and they’re excited about it, but that excitement needs to continue on even after they leave here and go home. That’s why we set aside time for homework assistance for those children who don’t get it at home.”

“As teachers and parents we must remember … that a positive self-image is the main ingredient to a child’s success,” said Children’s Center director Shakeyba Greene. “It is our job as parents and teachers to make this a priority.”

Bianca Soler is a reporter in the Neighborhood News Bureau at the University of South Florida St. Petersburg.