CLEARWATER — The NAACP of Clearwater/Upper Pinellas County Branch 5096, in conjunction with the City of Clearwater, hosted their 38th Annual Dr. Martin Luther King, Jr. Day program virtually on Monday, Jan. 18, on their website and social media platforms. This year’s theme was “See something, Say something, Do something.”

Diane Stephens, Branch 5096’s Education Committee Chair, played virtual mistress of ceremonies, which began with a prayer by Elder Benjamin Adams Jr. of St. John Primitive Baptist Church. Adams’ words immediately indicated there would be no shying away from the issues of the moment, as he spoke on “the epidemic of systemic racism and the pandemic of a deadly disease, COVID-19 has plagued that world, our country, our state and our communities.”

The prayer was followed by the pledge of allegiance offered by the NAACP Youth Council, and then a message from Dr. Joy Cruz, academic chair of the mathematics department on the Clearwater campus of St. Petersburg College, on the history and importance of the Black National Anthem, “Lift Every Voice and Sing.”

Viewers were then offered a brief segment of the 1970 Sidney Lumet, Joseph L. Mankiewicz film, “King: A Filmed Record, Montgomery to Memphis.” Along with striking images of protestors nationwide, the segment was jarring for the still-relevant impact of MLK’s words on combatting poverty and unemployment in the country, which he shared in his 1967 speech, “The Three Evils of Society.”

“If Negroes and poor whites do not participate in the free flow of wealth within our economy, they will forever be poor – giving their energy, their talents and their limited funds to the consumer market but reaping few benefits and services in return. The way to end poverty is to end the exploitation of the poor… A tragedy is that our materialistic culture does not possess the statesmanship necessary to do it.”

Members of the NAACP Youth Council then presented on the poster project held weeks before for neighborhood and community members.

Special guest speaker, Congresswoman Val Demings, Representative for Florida House District 10, shared a message inspired by King’s quote: “The ultimate measure of a man is not where he stands in moments of comfort and convenience, but where he stands at times of challenge and controversy.”

Before the event, NAACP President Zebbie Atkinson IV shared that he believed Demings was a perfect candidate not only because of who she has become but because of the many challenges she had to overcome to get where she is.

“She’s been through trials and tribulations, not only as a Black woman but as a Black woman in a predominantly white person’s arena. She’s worked and risen through those ranks and has gone on to become representative for Orange County, for the congressional district, and is making strides to do great things,” Atkinson affirmed.

Demings’ greeting was warm, and her comment that she spoke on behalf of — and as a lifetime member of — the NAACP of Orange County immediately indicated her words would come from a place of ‘family to family’ realness.

Demings noted that the moment reminded her of what Dr. King and other Civil Rights Movement activists must have felt like during the years spent “trying to hold America to its promise.” She recalled that, while many people were waiting for 2020, it was a year that saw various crises – police violence and COVID being only two major issues. She acknowledged the disproportionate impact on African Americans, from the health crisis to the economic fallout of COVID, and of course, in police violence.

She stated that the murder of George Floyd was horrible and said that lawmakers must establish national training methods in the use of force and de-escalation. She supported establishing a national database to stop dangerous officers from moving from one agency to another.

But she also noted that poverty, unemployment, and substandard housing and education were problems that had been studied under President Johnson in 1967 (by the Kerner Commission) – and that, sadly, were still the same issues impacting Black and Brown communities today.

Demings specifically noted the obvious relationship between high school dropout rates in Black and Brown communities and the high rate of incarceration among the same groups – and noted that “we do need to do a better job of balancing the scales and all systems.”

“Dr. King and so many others met their moment with all of the challenges our communities and our nation are facing. Will we, you and me, be able to meet this moment?” she asked.

In answer to her own question, she reminded viewers that the necessary, consistent and community-driven work might not have been done.

“I have to say the best indicator of future performance is to look at past performance. We have no excuse. We were taught to use our brains, our voices and our feet. We learned from the very beginning that faith without works is dead,” she asserted.

“Dr. King was a giant, a drum major for justice; when he saw something, he said something…and then he did something about it,” Deming continued, looping back to the day’s theme. “He said, in the end, we will remember not the words of our enemies…but the silence of our friends; that our lives begin to end the day we become silent about things that matter.”

Stating more than once that “this is our time” – meaning time for the NAACP to continue doing what it had been established to do – Demings’ speech was a definite call to actions for viewers to become involved in politics and community action, as we move forward during these challenging times.

Interested in learning more? Contact the NAACP Clearwater/Upper Pinellas County Branch at (727) 307-4865, email them at NAACP5096@gmail.com or visit clearwaternaacp.com. 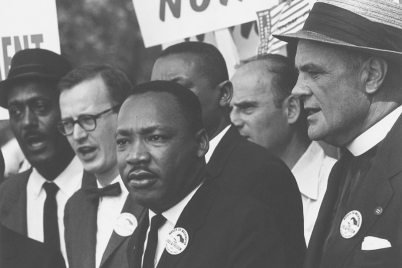 Why the FBI Saw Martin Luther King, Jr. as a Communist Threat 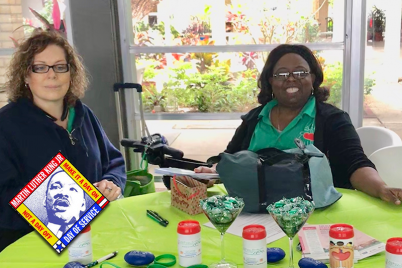 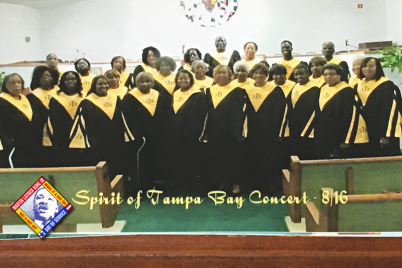