Wengay Newton donated his mother’s lot to Habitat for Humanity so a family struggling with unsafe living conditions could become homeowners. Lakesha Baxter, her sons Damarion and Carlos, and daughter, LyRyca, received the keys to their new home on Aug. 16.

ST. PETERSBURG — With astronomical rent prices and population growth steadily rising in the Tampa Bay area, families, especially single-income households, are being priced out of the market. That’s a problem Habitat for Humanity of Pinellas and West Pasco Counties is trying to solve, one homeowner at a time. 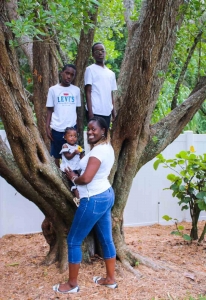 Lakesha Baxter took ownership of the 695th Habitat home built in the Pinellas/Pasco area. Her Aug. 16 home dedication brought tears, laughter, and a more promising hope for the future.

Baxter’s brand new Midtown home comes with a history. The woman who lived on that particular lot was also a single mother working tirelessly to make ends meet. Her name was Susie Mae Wilson-Newton, and she raised eight children until her death in 1985 at the age of 47.

“It’s a little eerie feeling standing up here,” said Newton as he congratulated the Baxter family on their new home. “I mean, there’s no one more worthy. My story, my life story, I started here. It’s been a long journey.”

The first and last thing Newton’s mom did that fateful morning in April 1985 was read her bible. She went down with chest pains and was rushed to the hospital, where she died later that morning. Mrs. Wilson-Newton worked herself into an early grave, trying to provide for her family.

Newton donated his mom’s vacant lot to Habitat so one less struggling mother won’t have to work herself into the ground to provide for her family.

“What you see happening in this beautiful city of ours is that a lot of people can’t afford to stay here anymore,” explained Newton, who served eight years on city council. “They’re getting priced out and put out, so my goal has always been to make sure that they’re able to enjoy the fruits of homeownership.”

Habitat homeowners pay an affordable mortgage, receive financial education, and help build their homes alongside volunteers. Baxter completed more than 350 sweat equity hours and closed the book on more than 20 home buyer education classes, which teaches everything from being a good neighbor to the financial aspect of owning a home.

Mike Sutton, president and CEO of Habitat Pinellas/Pasco, explained that it takes multiple partners to build one family home. In addition to former State Representative Newton donating the lot, hundreds of people volunteered their sweat and backs, First Horizon Bank provided the loan, and the City of St. Petersburg helped usher the process along.

City Councilwoman Deborah Figgs-Sanders said she was there not just to represent the city but because she understands the joy Baxter must feel to suddenly become a homeowner and have a safe place she can call her own.

She turned her attention to the Baxter children, reminding them of the sacrifice their mother made, the hours she’s worked, and the prays she prayed so they will have not just a house but a home.

Baxter is a recreation center assistant at the Thomas “Jet” Jackson Recreation Center with three beautiful children. Her sons, Damarion, 13, and Carlos, 9, love to play basketball, Fortnite and watch YouTube videos. Her daughter, LyRyca, 2, loves to wrestle with her brothers, watch cartoons, and push around empty boxes (hilarious). 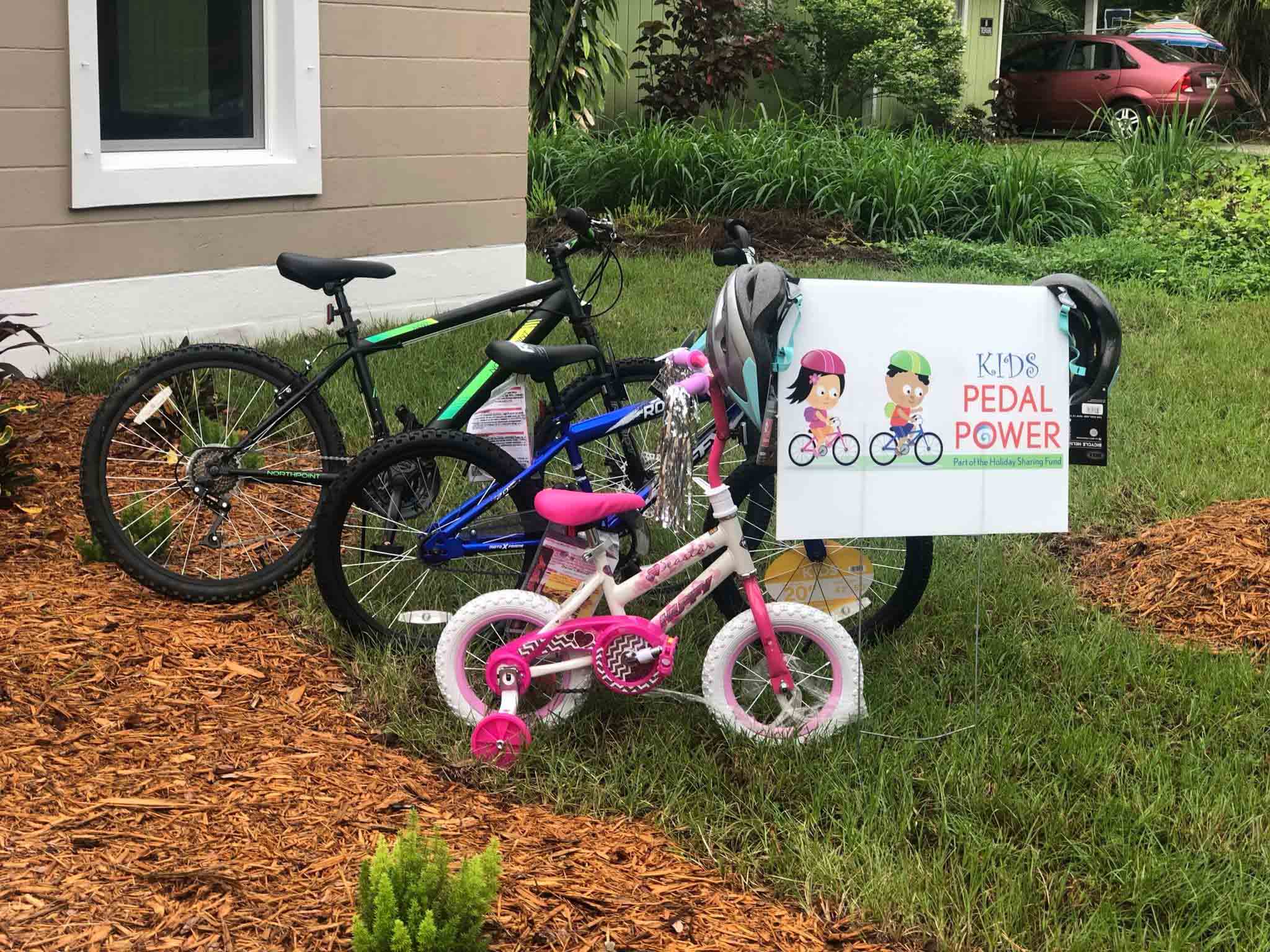 Kids Pedal Power, and arm of the Upper Tampa Bay Chamber of Commerce, partner with Habitat for Humanity Pinellas/Pasco to give away bicycles to Damarion, Carlos, and LyRyca.

On top of her job at the recreation center, Baxter currently attends St. Petersburg College and is working towards a degree in health science administration.

“At times, it troubles me because I want to take my children on more trips or do more fun things, but everything is limited,” lamented Baxter. “I feel like I only work to pay bills. Becoming a homeowner will open up the door for more opportunities to do more things with my children.”

“The Habitat staff has taught me so much and prepared me for this day and my future as a homeowner,” she said, holding back the tears. “I’m so thankful for everything that they have done.”

Baxter thanked her family and friends who helped take care of her children and lent a shoulder to cry on during the process, singling out her godmother. She also thanked Newton for passing on his legacy to her.

“I’m thanking him from the bottom of my heart. My kids and I wouldn’t be able to stand up here on our porch today if it weren’t for you and your family.” 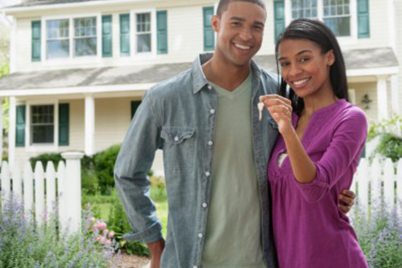 Prepare your budget for closing costs

13 mortgage questions to ask — and the answers you want