Yvonne Clemons Reed-Clayton’s legacy lives on through the community she cared for.

ST. PETERSBURG — Yvonne Clemons Reed-Clayton came to Earth ready and willing to help children and their parents fight the vicious cycle of ignorance and economic despair that has stifled communities of color throughout this nation.

She passed away on June 22, but her legacy will live on in those she taught.

Ms. Yvonne, as she was affectionately known, was an outstanding educator in the Tampa Bay area. As a child, she astonished her peers and many adults with her powerful alto to second soprano vocal range and sharp analytical mind.

The latter gift allowed her to effectively use her educational skills and compassion to motivate children to excel and become scholars in whatever way that was most effective for them based on their learning styles.

The educator dedicated her life to helping the youth and their parents embrace education as the way to a better life.

School days and beyond

According to childhood friend and classmate Carolyn Hobbs, Ms. Yvonne’s gift of inspiring others became evident when she was a member of the chorus at 16th Street Junior High School and Gibbs High School in the late 1940s to mid-1950s.

“In this one song that she sang called “Star of Me,” her voice had to go up to a high C,” recalled Hobbs. “She was around 98 pounds, but her voice was right there. She was so humble in what she was doing that she just soared up there, and it didn’t faze her one bit in what she had achieved at that point. You could tell she meant what she was signing!”

In short, Ms. Yvonne was a petite diva with a big voice! By the time she graduated from Florida A&M University and Florida State with a bachelor’s, masters and doctorate degrees, she was the little black woman with a powerful voice, spirit and heart to help other young people discover their voice and purpose in life.

Tyna Middleton, former director of the Enoch Davis Center, also sang with Ms. Yvonne when they were both members of the Alumni Singers. At its peak, the choir had 40 members.

“She just has this inner being that comes out in her voice when she sings,” said Middleton.

However, Ms. Yvonne’s criticisms were not always what Middleton wanted to hear.

“She was like a mentor to me, not that I was always appreciative of it,” recalled Middleton.

Middleton had her days when she was less receptive to Ms. Yvonne’s advice, but she knew in time that her colleague and friend would “come back around.”

Gentle touch ignites will to learn

Middleton’s friendship with Ms. Yvonne grew even more as a result of the educator’s passion and gift for helping struggling young students. One of those young people was Middleton’s grandson.

“At that time, we didn’t know he had a learning disability. We just knew that he was struggling in school. Reading was not his best subject, and he seemed to do things differently.”

Middleton recalled that her grandson was not processing school work in the same way that traditional learners did. Ms. Yvonne responded to Middleton like she had heard this scenario before, a response that inspired her to open a community school.

“Bring him to my school, and I’ll work with him,” responded Ms. Yvonne.

The effects of that shift from a traditional public school to Ms. Yvonne’s private elementary school became obvious almost instantly.

“His whole person changed. He was not so uptight. He became a little more expressive. Reading was still a struggle for him, but he was willing to try!”

Fast forward to the present, Middleton’s grandson, Starling, achieved mostly As and Bs and one C, setting him on the course for graduation from a high school in Detroit.

The young man would always tell his grandmother to say “hello” to Ms. Yvonne, so it was not a surprise to his parents and grandmother how hurt the high school senior felt after hearing the news of her death.

Expanding quality education to all

Ms. Yvonne established a reputation for wanting to help others, especially children, by the time she had become associated with Middleton through the Alumni Singers Choir. The two women’s paths intersected just as another fight for guaranteeing quality, well-rounded education for African-American students was brewing and about to boil over in Pinellas County.

According to Davis, the lawsuit was initially filed in 2000 as a class-action lawsuit that claimed the school board was denying black children the right to quality education. The lawsuit was taken over by COQEBS in 2010. Ms. Yvonne was an advocate for what COQEBS had set out to do.

Ruth Smith knew Ms. Yvonne for 24 years, and both of them sang together in the Spirit of Tampa Bay Choir and the Alumni Singers. Smith recalled a time that her friend called her out because one item was missing from her choir attire when they were getting ready to travel and perform.

“You can’t sing if you’re not in uniform,” recalled Smith, who got very upset because she had on everything else but did not have the money for one item. Yvonne Williams bailed Smith out by giving her the money to buy it.

Ms. Yvonne was very direct with everyone about being properly prepared and on point, according to Williams and the other choir members who shared similar memories.

Several of the choir members chuckled when Williams recalled seeing Ms. Yvonne quietly give additional money to musicians who felt that they had not been paid enough or what was initially agreed upon.

“So you had to watch her,” said Williams.

As Ms. Yvonne’s health began to take a physical toll, she would not let it squash her concern for others’ well-being. The ailing troubadour still picked up family, friends or choir members for long trips or from the airport.

One could only imagine that her childhood bike riding partner, the great Ray Charles, was chuckling with joy at the Pearly Gates as she walked through with her head held high singing a Negro spiritual. 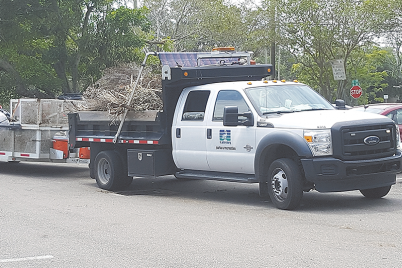 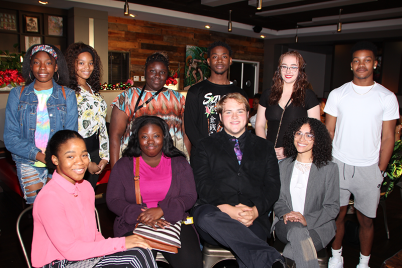 Bring Out the Dolls 2019 brings out the art

Bring Out the Dolls: A Charity Fundraiser & Toy Drive was held Dec. 8 at Callaloo… 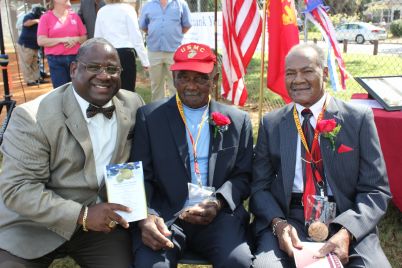