ORACABESSA, Jamaica — Climbing to the top of Hamilton Mountain in Jamaica is an exhilarating experience and brings light to the privileged lifestyle many Americans selfishly enjoy.

Pastor Jon Matthews and a mission team of evangelist sacrificed the luxuries of air conditioning, hot showers and working toilets to provide the gospel to the people in Jamaica in the West Indies.

Jamaica is an archipelago of islands between the southeast United States and northern South America, located in the Northern and Western Hemispheres surrounded by the Caribbean Sea.

“For first-time visitors, it’s an eye-opening experience; yet, the people are so appreciative of what we have to offer,” said Matthews. “In reality, what we primarily offer is hope and life in Jesus Christ.”

Matthews is the missional strategist for the Suncoast Baptist Association serving Pinellas and Pasco County. He is also the senior pastor of New Philadelphia Worship Center, a Southern Baptist church in south St. Pete.

He studied finance and English education at Florida State University and earned a Bachelor of the Arts degree in English Literature from the University of South Florida St. Petersburg. He was licensed in gospel ministry in 1992 and ordained in 2003.

Matthews has more than two decades of biblical teaching and counseling experience, which enables him to reach others with gospel truth spoken with clarity, love, confidence and transparency.

For six consecutive years, he has maintained a missional mindset for domestic and international missions. On June 1, a team of missionaries traveled to Cuba, which is the second mission to the country in two years.

Recently, a second team of 27 missionaries went to Jamaica from July 13-20. This group, unlike the previous team, included veteran and novice missionaries.

For the first time, several New Philadelphia youth members were among the team. These young leaders had the privilege to receive firsthand exposure to international mission work that will never be forgotten.

Members of New Philadelphia were also joined by Dr. Jeffery Singletary, the regional catalyst for Central Florida of the Florida Baptist Convention, and his team in a collaborative effort as God’s representatives from the Southern Baptists Convention to those in the parish of St. Mary, Jamaica.

Within the borders of the St. Mary parish lays a small town known as Oracabessa. The host churches, led by Claude Williams, are part of the Oracabessa Circuit of Baptist Churches that include Grace Baptist, Hamilton Mountain, Hopewell and Jack’s River.

With four different locales, four separate teams of missionaries were prepared to simultaneously present God’s message alongside members of the local communities to the children in the region.

Each day began with morning prayer and devotions. It is a staple for missionary workers from New Philadelphia.

“Every day was literally a mountain-top experience physically and spiritually prior to daily departures to the respective churches,” said Litonya Thompson, a missionary and member of New Philadelphia Church.

With designated church assignments, each team conducted a three-hour, four-day vacation bible school for ages ranging from preschoolers to teenagers. Using Lifeway’s “In the Wild” thematic lessons, children and youth were exposed to new experiences with Jesus.

At the conclusion of vacation bible school, approximately 80 decisions were made by children and youth from all locations combined who responded to the ABC’s of Salvation (Admit, Believe and Confess). During the evening, Matthews, Minister Micah Poole and Singletary brought forth more challenging and timely messages.

Traveling to foreign lands to bring hope to people is a joyous experience that comes with many unselfish sacrifices. The people of Jamaica, Cuba and the other areas enjoyed seeing the New Philadelphia missionaries as much as his group enjoyed going.

Matthews and his team are leaving an indelible mark in ministry by leading successful teams of kingdom-minded missionaries. The mission is to reach, teach and love others from diverse cultures and communities with the gospel of Jesus Christ. The mission is being accomplished.

Litonya Thompson and Alvina Hayward contributed to this story. 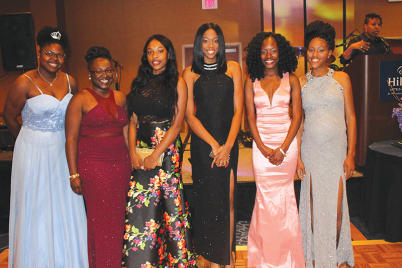 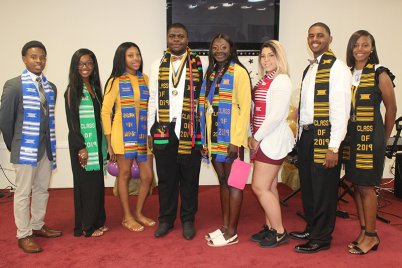 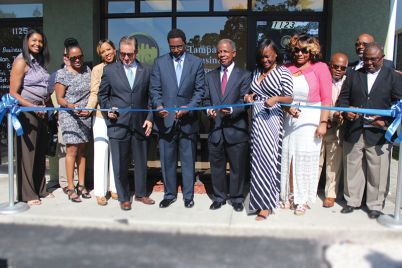