ST. PETERSBURG — When the Lifetime Television movie Kirk Franklin’s A Gospel Christmas airs on Saturday, Dec. 4, St. Pete-based filmmaker, director, and educator Erica Sutherlin hopes as many homes as possible will tune in.

“In television, for the Neilsen ratings, the first night that a show airs, the more eyes you have on it — the more devices turned on to that channel — the higher rating number is, and the more successful the movie is, according to the network,” said the former Pinellas County Center for the Arts (PCCA) at Gibb High School instructor.

“So, if you want your movie to be successful, you want a lot of people watching it at the time it airs.”

Audiences are in for a feel-good Christmas movie with a twist, said Sutherlin, a multi-hyphenate in the show business realm.

While she’s spent the last 20 years acting, writing, directing, as well as educating a new generation of theater artists (nationally and internationally), she’s making her directorial debut with A Gospel Christmas, which she calls “magical.”

“When we first had the initial idea for this project, we wanted to take Kirk Franklin’s “Christmas” album and use that music in the story. He came on board and agreed to do that, and we rearranged about eight songs on that album so that they would work inside our story,” shared Sutherlin.

The story centers on Olivia, a young pastor trying to find “her voice as a woman, a pastor, a leader, and ultimately as a singer.” Living in the shadow of her megachurch pastor mom, Olivia leaves to pastor a small church in Texas, following her journey to recover from “church hurt” and reclaim her family’s generational gift as a singing pastor.

Olivia’s journey to self-awareness is one many people can relate to. While there is a romantic aspect, along with Franklin’s high-energy gospel songs and the Jesus Christmas element, Sutherlin noted that it’s not the familiar Lifetime Television narrative. “That’s what I think is so sweet about it,” she acknowledged. 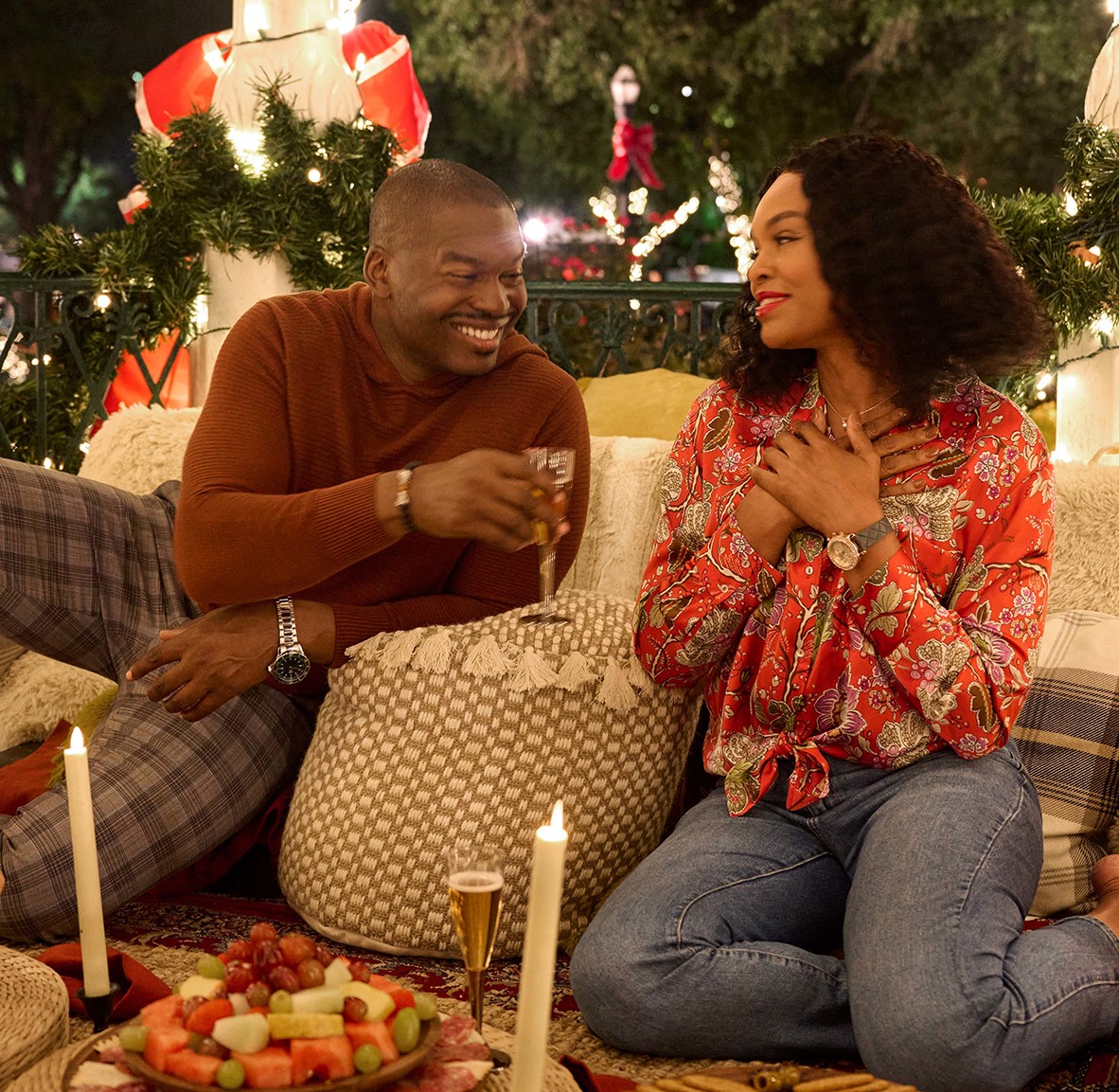 ‘Kirk Franklin’s A Gospel Christmas’ follows Olivia (Demetria Dyan McKinney), a young assistant pastor, as she deals with the transition to be the lead pastor at a new church a month before Christmas and finds a little romance along the way.

Sutherlin’s journey has been both extremely blessed and full of sacrifice. Born in St. Louis, she got her Bachelor of Arts degree in Theater and Dance Performance at Southern Illinois University.

Landing in St. Pete in 2008, she taught at PCCA while also working with Herbert Murphy and Alex Harris at the Boys and Girls Club at the Royal Theater. It was there that she also made contacts that connected her with an international job directing in an arts program in St. Thomas.

As the first Black theater/acting instructor at PCCA, Sutherlin shared, “I would have to say teaching at PCCA helped forge me into the director I am today.” She had to learn to interact with “numerous personalities and learning styles” while figuring out how to encourage students to perform at their highest level and with their “best selves.”

Before leaving St. Pete to get her MFA in Film and Television Production from the University of Southern California – the highest-rated film school in the country and third in the world – Sutherlin also directed at St. Petersburg City Theatre. “I directed three shows for them and had a wonderful time working at the theatre. I was always able to choose my team, which meant I got to work with truly talented friends.”

While she was the theater’s first-ever Black director (it opened in 1925), Sutherlin noted, “I didn’t take that [being the first Black director] with me as I directed. I was focused on doing my best work at the time.  And because of that focus, when I directed “Memphis, the Musical,” which was an amazing experience, I believe we broke some box office records.”

In 2017, she headed west to film school, where she assisted in the development and writing of the award-winning Voodoo Macbeth, produced by Warner Brothers and USC.

While working on the project, she became friends with Tracy “Twinkie” Byrd, an executive producer and casting director. They knew they wanted to work together in the future, and Byrd arranged a meeting for Sutherlin with former Lifetime Television executive Mychael Chinn (currently an executive at CBS/Viacom).

“One of [Chinn’s] superpowers is about finding new talent and cultivating new talents. We met, had lunch, and he was like, ‘Look, I believe in you. I appreciate your art. I’m working on some things, and when I have it together, I’m going to come back around.’ And he did,” Sutherlin recalled.

The pandemic forced Sutherlin off USC’s campus, but she finished her degree back in St. Pete online. She had also held a fellowship with the Blackhouse Foundation and Sundance by this time.

But, remembering the talented filmmaker, Chinn made good on his word, and she was selected for the 2020 Lifetime Network’s Director Shadow program. By the beginning of 2021, she was hired as the director on the team that would develop A Gospel Christmas. 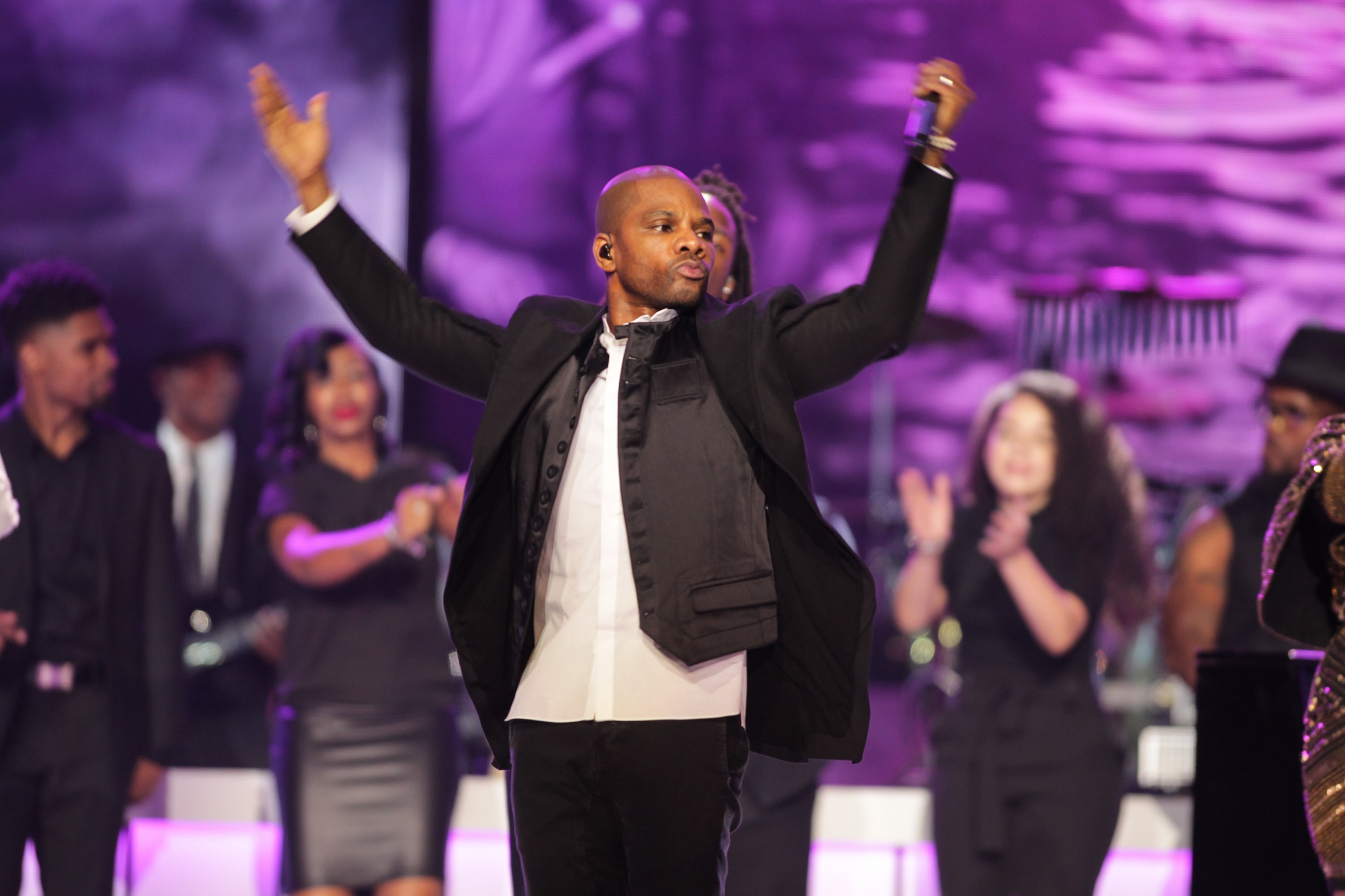 Looking back on her path, Sutherlin shared, “When I was in grad school, I knew that, after listening to filmmakers discuss their journeys, and how different each journey was, there was no blueprint.”

She acknowledged her fears of taking on the film world after many years as a theater veteran.

“I just felt like, oh my God, I don’t know how I’m gonna do this. So, I just kept asking God; I was just like, ‘Hey, I have no idea how to navigate this system, I don’t know what I’m doing — you got to lead me through this.’”

Having gone back to school in her late 30s, she also knew she couldn’t “network all over the place because I’m older and didn’t have the energy of my youth like my 20-year-old counterparts.” Constant prayer and asking to meet the “right people” worked.

She has words of advice and realism regarding the journey to success she’s currently experiencing. “The first piece of advice is never give up. I went back to school at 37; I graduated at 40, and I am having my directorial debut.” 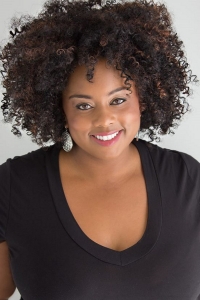 But, she admits, “It’s hard. I’m not gonna lie; it’s not comfortable. They’re great moments. Many uncertainties. But I think the question is how much are you willing to invest in yourself?”

Walking away “from everything,” cashing out her 401K to go to film school means there’s “a lot of debt.”

There are also sacrifices, said Sutherlin, “I don’t have children. I’m not married. These are choices that I made. Now, not all artists make these choices.  And I ask myself, was it worth it, Erica?”

Still, her accomplishments speak for her dedication: Sutherlin is also a recipient of Facebook’s SEEN initiative for Black filmmakers. As a poet for as many years as she’s worked in theatre and film, her written works are also published in  Dr. Gary L. Lemons’ books “Building Womanist Coalitions: Writing and Teaching in the Spirit of Love and Hooked on the Art of Love: bell hooks and My Calling for Soul-Work.” 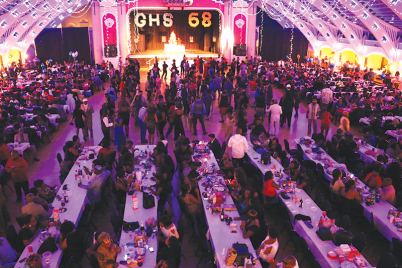 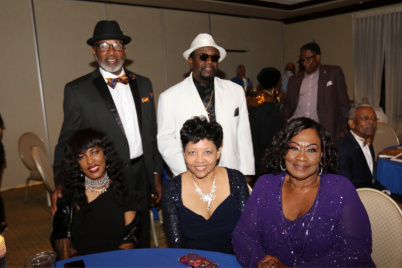 Letter to the Editor: The Gibbs Community

To the Gibbs Commu­nity and to the Friends of Gibbs in the Tampa Bay area, I am totally…