St. Mark M. B. Church, this community, and the greater Tampa Bay area say goodbye and reflect on the life of their own, beloved, Brother Franklin Gray.

Growing up in Methodist Town, next door to the old St. Mark Church building on 11th Street North, Frank was destined to be a great musician and a true blessing to the St. Mark family. As the story is told, when he was very young, he would sneak into the church and practice on the piano. Before long Franklin Gray, “F.L.” or “Frank”, as he was known to many, became the Director of Music at St. Mark.  He was the personification of the title “Musician.” Frank played the piano and organ and gave lessons as well.  He wrote and composed his own music, including, In Due Time, I’ll Be Alright, A New Beginning, and so many, many others down through the years.     He also re-arranged several popular songs of other artists and old favorites, putting his own spin on them, songs like I Am Redeemed, and Guide Me O Thou Great Jehovah.  He recorded some of his compositions and arrangements with the St. Mark Gospel Chorus.  Frank directed all the choirs of St. Mark, choirs for all ages, adults, and children.  Frank’s final composition, before retiring, was the St. Mark welcome song (You Are Welcome in This House) which has been sung to guest of St. Mark by the congregation every Sunday.

Outside of St. Mark, Frank was just as remarkable, serving as a substitute and/or interim musician for many churches in the community when needed.  He played for the Community Outreach Choir, that ministered to nursing homes in the area.  His talents were well appreciated by the South Florida Progressive Baptist Association and Congress No. 2, were he served diligently as their Director of Music for many years.  For more than 50 years Frank preformed with the Annual Spring Variety Concert at St. Mark, starting out as a student under the late Ora Lee Howard, and later became the director where he continued the tradition. Franklin Gray went on to organize groups such as the Franklin Gray Specials, the Franklin Gray Singers, and the F. L. Original Singers.

“A Man and his Music;” when Frank entered a room, there was no denying his presence, his music always preceded him; a hum of melodies, a soft whisper of lyrics; Franklin Gray was in the room. Mild mannered, soft spoken and with the love of Jesus, the Maestro touched the lives of many. He shared so much love and joy through his music and was so greatly loved in return.

This Maestro, Minister of Music, Choir Director, and Man of God will forever be remembered by all of us. Franklin Gray will be laid to rest on Saturday, January 23, 2021; but we will see him again in Heaven someday, possibly greeting us with these words…

“In the name of Jesus Christ, you are welcome in this house.” 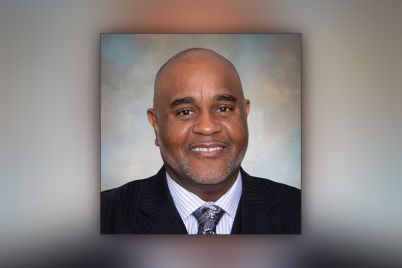 To God be the Glory for St. Mark’s 89th Church Anniversary!