The discussion reviewed the arrest, conviction and incarceration of former St. Pete resident Michael Morgan, and how he and other African Americans are treated in the judicial system.

In 1998, Morgan was convicted of rape, robbery and the shooting of a woman. He was sentenced to three life sentences without the benefit of parole. Imprisoned since the age of 18, and is now 41 years old, Morgan’s case has been well-documented with evidence that could prove his innocence.

His mother, Vel Thompson, has been his staunchest supporter and has been relentless in obtaining freedom for her son. She acknowledged that Morgan had been in trouble with the law before, but is confident of his innocence, supported by evidence such as the letter her son’s supposed co-accomplice, Gerald Wright, wrote informing her that he was not the person with him committing the crime.

Wright named another person as the other perpetrator, and reiterated his statement to Morgan’s lawyer and St. Pete Detective Ron Noodwang, who interviewed Wright at the Pinellas County Jail. The information was presented to the State Attorney’s Office, but they considered the case closed and would not reopen it. 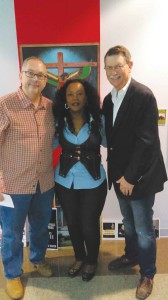 Discrepancies also include the review of the first description from the victim, a reputed drug dealer who was the daughter of a former St. Petersburg police officer. The victim described her assailant as being clean-shaven and having a gold tooth in his mouth.  Morgan at the time had been wearing a beard for over a year and did not have a gold tooth.

Relentless in her quest to keep his case alive, Thompson approached the late Elijah Gosier, a journalist with then St. Petersburg Times who in 2001 wrote an article about the inconsistencies of the case. And last year she reached out to WTSP-Channel 10 investigative reporter Mike Deeson, who interviewed Morgan in prison, unraveling the facts of the case.

“I’m convinced he was framed,” Deeson stated. “It seemed a way to warehouse a young man. I credit Vel for doing her homework and gathering enough information for this to be seen as a miscarriage of justice.”

His investigation brought forward another person convinced of Morgan’s innocence, a juror in the third trial that eventually convicted him, Keith Bentley.  He now says he is an advocate for the release of Morgan and that the jury was denied full access to all of the facts.

“I feel used and betrayed by the system that I had faith in, and remorseful for putting Michael in prison,” Bentley tearfully said to the crowd. “A lot of information wasn’t given to us [the jury].  We knew nothing of the victim’s background, which would have swayed me. It’s supposed to be a system of justice, but they only gave us enough information to get a conviction. I was used as a pawn to wrongly convict someone.  I was mortified about the sentence.”

There has never been any DNA, fingerprints or fiber evidence presented against Morgan. The only evidence was the victim’s eyewitness statement. Thompson revealed that most citizens are already in some type of facial recognition system. By some this is seen as “high tech racial profiling.”

She gave a challenge to the crowd: “Speak to your legislators, write to your governor.  Let them know you’re involved, concerned and we want change. Silence is destroying us, we have to speak out.”

Several men in the audience also told of their own horror of being arrested for crimes they did not commit. They felt that their arrests were due to them being black.

“Being a black man in America, we get pointed at for things we ain’t done,” stated Edward Wainwright, who years ago was accused and vindicated of rape. “We have no money to defend ourselves.  Black men get railroaded in America.”

Even though Morgan has been languishing in prison, his spirit is not revengeful, explained his mother.

“He has learned to forgive others and says he knows that God has this,” Thompson said. “He says he had to forgive to be able to move forward.”

Thankful for having his mom still by his side fighting for his freedom, Morgan has missed 22 years of birthdays and holidays with his family, things most take for granted.

“The luxury for my son will be to sit in the sun and have it shine on his face,” Thompson concluded. 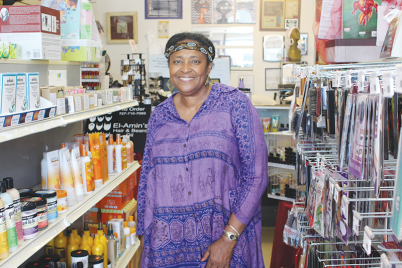 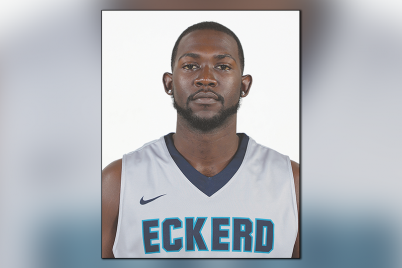 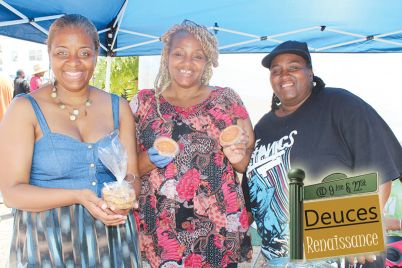