ST. PETERSBURG — First Baptist Church of St. Petersburg was filled Saturday, Aug. 3 with dignitaries, colleagues and community leaders who came out to pay their last respects to Charles Felton Sr. The homegoing celebration was a tribute to his life and the impact he made on others.

Felton Sr. died Thursday, July 25 in Atlanta at the age of 75. While Carletha, his wife of 53 years and the love of his life, prepared breakfast in preparation for their daily activities, Charles peacefully slept away to glory.

“We have tried to reach out personally, but sometimes Facebook is an easy way to let the world know about a great loss,” wrote his daughter Attorney Tamara Felton-Howard on the day she lost her father. “Today, my beautiful mother lost her husband; we lost our father, our children lost their grandfather and the world lost a great man.”

Felton Sr. was born Feb. 28, 1944, in Midnight, Miss., to Willie Felton and Myrtis Brown Felton. He was raised in Omaha, Neb., and graduated from Omaha Technical High School in 1962.

In 1981, he became the first African-American director of corrections for Pinellas County and the first in the State of Florida.

In 1992, Felton Sr. was nominated by President George H.W. Bush to be the U.S. Marshall for the Middle District of Florida but his appointment stalled in the Senate — along with hundreds of other nominations — owing to election-year politics.

In 1993, he moved to Miami-Dade County, where he became the director of corrections. He was well-established in the corrections system and had a heart to serve people.

“If it were up to him to tell, you would never know about his accomplishments. He didn’t boast or brag on what he did,” said Rev. Watson Haynes, a long-time friend and fraternity brother.

“Grandpa, I wish you were still here,” wrote Chloe Felton, the youngest grandchild. “You were the best. Even in the good and bad times, you were able to keep us happy.”

One of the little known facts about Felton Sr. is his role in making the 16th Street Federal Post Office a reality. He, along with Willie Felton and Charles Wooten, established a company that purchased the land where the current post office sits.

The Felton, Wooten and Felton Company leased the property to the post office to build a distribution center so the citizens of south St. Pete would have an improved quality of life.

Felton Sr. influenced the lives of so many people, including high decision-makers, inmates and family. His niece, Deana Garrett, from Omaha, Neb., had a life-impacting experience growing up in the Felton household.

While living with Uncle Charles and Aunt Carletha during her senior year of high school, she admired how the couple went about doing business. When a decision needed to be made, she saw them go into the bedroom and come out with an answer.

She was so impressed by the Felton family’s resolve, she and her husband now raise their children that exact way.

“We will miss his jokes, his wisdom, and most of all, his presence. My father loved the Lord and never missed an opportunity to pray with his family. We were immeasurably blessed to have such a provider, example and man of God in our lives,” wrote Howard. 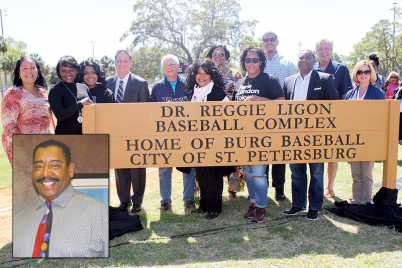 BY RAVEN JOY SHONEL, Staff Writer ST. PETERSBURG – With the sun shining and a cool… 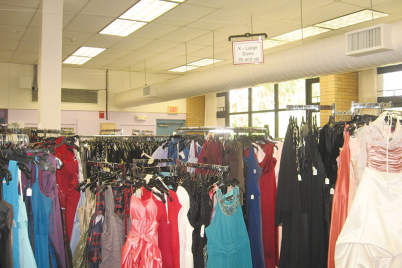 Belle of the Ball to giveaway free Homecoming dresses this Saturday 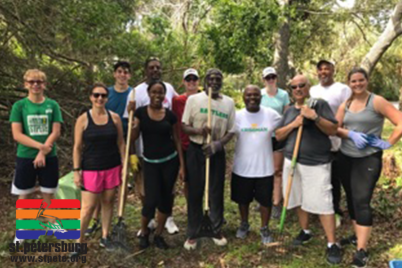 The City of St. Petersburg remains in recovery mode from Hurricane Irma. Here’s…