ST. PETERSBURG – During this challenging time and climate, the Museum of Fine Art (MFA) is offering a refreshing dose of “joy” – and, better yet, “Black Joy” — in their new exhibition “Derrick Adams: Buoyant.” The show, which runs from Sept. 12 – Nov. 29, is about one simple, powerful thing: relaxation while Black.

Ironically, the feelings produced by this magical, colorful — dare one use the word “happy” — collection of mixed-media works are actually revolutionary during a season that has brought intense stress and anxiety for many Americans, but even more so, Black Americans.

Relief. Breath. Sun. Play. And the colors, bright, Technicolor, vivid:  Fuchsia.  Royal Blue. Yellow, Oranges. In a season filled with so much fear, it is nothing short of delightful to experience, up close and in person, Adams’ testament to survival and the persistence of Black people’s demands to just “be” – at peace in nature.

Initially scheduled for July,  the array of 12 works, accompanied by a variety of real floats that echo those used in the works, are placed in a wide-open, airy space.  This show is the first solo museum exhibition Adams has had in the southeast; he created the series, titled “Floaters” between 2016-19.

Adams was intent on placing the Black body within the unexpected environment of water to remind viewers that Black people “do” relaxation and leisure — including enjoying riding aloft floats in swimming pools and or at the beach. The show also features a float designed by Adams: a regal black unicorn, which floats, suspended above visitors.

In an interview for ArtNet last February, Adams said his work is “a testament of perseverance.” His goal: show the children.

“We have to represent a certain sense of normalcy to stabilize the culture so that young people who are coming after us can look at themselves as fully dimensional humans—not always pushing against something, but basically just existing in a way that’s unapologetic and natural,” Adams said in the article.

But he acknowledged that one of his inspirations for the show – which is filled with large, visually stunning paintings and block prints, and features vibrant swimsuits created with a variety of African print material – was something that surprised him.

When he saw a 1967 Ebony magazine article and photo spread on Dr. Martin Luther King, Jr.’s vacation in Jamaica, it struck him that even one of our greatest, most tested, and driven Black American icons actually took time off to just relax.

Adams said he challenged himself in the studio to create something he hadn’t seen before. “And it always goes back to the simplest of things, like normalcy. Black people — not entertaining, just being, living. Letting people deal with that as reality.”

A Baltimore native, Adams received his MFA from Columbia University and BFA from Pratt Institute. He is the recipient of the 2018 American Family Fellowship from the Gordon Parks Foundation, a 2009 Louis Comfort Tiffany Award, and the 2014 S.J. Weiler Award. His work is housed in the permanent collections of The Metropolitan Museum of Art, NY, Harlem’s Studio Museum, the Virginia Museum of Fine Arts, and the Whitney Museum of American Art in New York.

The show was organized by the Hudson River Museum in association with the MFA, St. Petersburg, and curated by James E. Bartlett, founder of Open Art and former executive director of the Museum of Contemporary African Diasporan Arts (MoCADA), in Brooklyn, NYC, along with Laura Vookles, chair of the Hudson River Museum’s Curatorial Department.

“Relaxation and play can be revolutionary acts when performed by those traditionally excluded from activities of leisure,” said Bartlett of the work.

This show was made possible by James G. Sweeny with additional support from Ann and William Edwards.

The MFA is using timed-entry admission and tickets must be purchased on the website prior to the visit. MFA Collection galleries are currently closed and under construction as part of a planned renovation and reinstallation. As a result, ticket prices have been reduced. Ticket prices will return to normal after the galleries reopen in mid-October.

Related programs for the exhibition are panel discussions and readings, including:

Panel Discussion: African American Leisure in the Sunshine State and Beyond

Black Fantastic, Buoyant and Bold: Art’s Ways of Levitating Over the Weight of the World, a reading of Afro-Futurism fiction by author Tenea D. Johnson 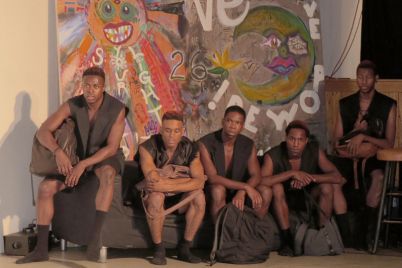 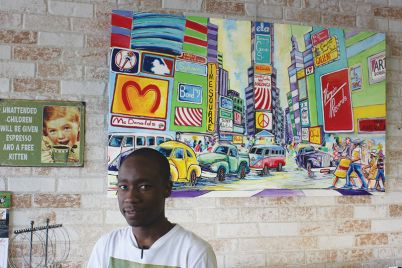 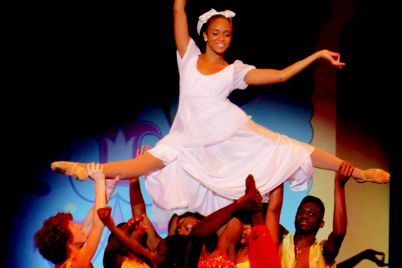