ST. PETERSBURG — Latasha Grant said her family is hoping their prayers will be answered. Her son, King, needs a marrow/stem cell transplant to save his life, and while they remain hopeful, it’s hard not to get discouraged. But Grant is getting the word out any way she can to find a donor for her son.

“King really wants to get better,” Grant said.  “He suffers from being bullied, and he hates taking meds.”

At only 16 months, King was diagnosed with Chronic Granulomatous Disease (CGD), an immune system disorder that occurs when a particular white blood cell that usually helps the body fight off infections isn’t working properly. CGD can lead to pneumonia and various infections including lung, skin, lymph node, gastrointestinal and liver.

Stem cell transplantation can often cure CGD if the right donor is found.

Grant said becoming a possible donor is easy and starts with just a few questions and registration to be a willing bone marrow donor on the Gift of Life Marrow Registry. You then provide a simple cheek swab and wait to see if you are a match. If you are found to be a potential match for King or someone else on the donor list, you will then be asked to do a blood test to confirm the match.

If the match is confirmed and a physical deems you to be in good health, you will donate either Peripheral Blood Stem Cells (PBSC) or bone marrow. In most cases, the PBSC donation is needed and only requires a non-surgical outpatient procedure, collecting the blood stem cells via the bloodstream.

Many times the donor is someone from the same ethnic background, and studies show that African Americans are less likely to register.

Grant said people might think something as simple as a cheek swab won’t make a difference, but it does – it could make all the difference in the world for a sick child like King.

“He has a terminal illness that needs to be treated by a therapy that can eventually see that he lives a long life,” she explained.

King, 11, has been waiting for his match for nine years, and his mom said they are doing everything they can to find that one match that could change her son’s life.

“We are praying for a miracle,” Grant said. “He is a funny, smart, wise and loving kid.”

Each day is a challenge for King with several oral medications to take as well as an insulin shot. But Grant said her son takes it all in stride.

“He has his good days and his bad days,” she revealed. “But he pushes through each day.”

Grant has even started a Facebook page to try and get comedian and talk show host Ellen DeGeneres to invite King to be on her show.

The family is also hoping to get assistance finding a good private or charter school for King with a small population of students who can better understand the needs of someone like him. Spending thousands of hours in the hospital each year means King often misses several days of school and is often behind in his studies.

For now, the family is making every effort to encourage people to register and praying for the call that could change everything.

For more information on becoming a donor, go to www.giftoflife.org/king. 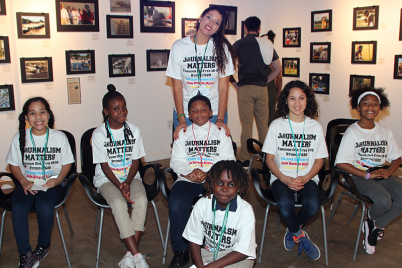 Journeys in Journalism program held a two-week exhibit entitled “Through Our Eyes:… 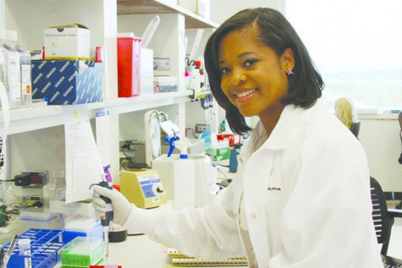 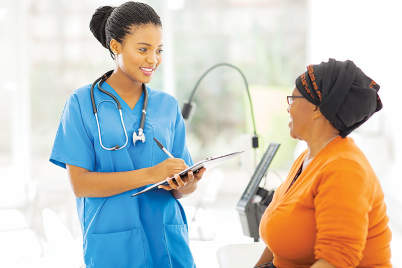