Most of us can remember where we were on the day Dr. Martin Luther King, Jr. was assassinated. He was so young, so inspiring, so committed and so gifted.

On April 4, 1968, the day of his death, I was on my way back to my college campus after picking up two Student Non-Violent Coordinating Committee (SNCC) comrades at the Philadelphia Airport when we heard the news. We were heading back to Bryn Mawr College where the two were to speak at a fundraising forum in opposition to the Vietnamese War.

We were shattered. We hardened activists wept.

The two of them had been jailed and beaten in the South. We knew African Americans would always miss and need the healing ministry of the beloved “Martin.” We proceeded to the fundraiser, announced his death and continued on with our teach-in.  It was what Dr. King would have wanted.

As we remember Dr. King, let us also remember the terror, the shootings, the beatings, the lynchings, the dogs, the fire hoses, the marches, the arrests, the incarcerations, the Freedom Rides, the freedom schools, the burning buses and the other brutal murders.

We must remember the hate, but as he continued to teach us, we must also seek what love may be present and work for the peace. We must, however, continue to fight to protect our rights.

A few years after the Civil War, President Ulysses S. Grant ensured the passage of the first Civil Rights Act. This act protected black Americans from having any “governmental entity” infringe upon or deny any rights guaranteed under the United States Constitution.  This act is still used daily in federal courts.

President John F. Kennedy began the 1964 Civil Rights Act and it was enacted under President Lyndon B. Johnson along with the Voting Rights Act; however, only after serious pressure by the African-American community and its allies.

Those in the Civil Rights Movement pressed and fought for our rights. Unfortunately, under more conservative subsequent federal administrations, many of these rights have been compromised, especially the right to vote.

Let’s hold our elected officials accountable and vote accordingly. Let’s help our ex-felons restore their rights to vote. The new voting rights law in Florida has the power to make a tremendous difference in our lives.

Dr. King spent his life fighting for civil rights on the streets, roads and by-ways of this country, north, south, east and west. He supported all civil rights groups he considered “Drum Majors for Justice,” including SNCC that I worked with for many years.

He received the Nobel Peace Prize because of his love for peace and non-violent protest.  His dream never became a complete reality, but America definitely became a better place while he was with us.

Remember him and honor him as you will on this national holiday month. Let his will, his strength, his genius and his faith inspire you. Never give up. Stand up for justice; take to the streets when necessary.

Know your history and believe in the future, for we have seen it all; the worst that can be done to a group of people over a period of over 400 years. Through unity, compassion, force and faith, we sustained ourselves through the fire, through injustice, through institutionalized racism, all of which, though lessened for some of us, continues. Think of his life and the lives of others who died in the struggle.

Think of the history-changing movement Dr. King was such a vital part of; think of the sacrifices made by so many people, and then never give up. People died, Dr. King died, so that we, who still live, can change the direction of America by, among other things, insisting on all of our rights as citizens and our duty to exercise our right to vote. 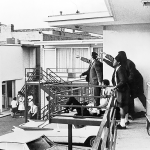 This should never be taken for granted. We must continue the struggle and unite with those who empathetically join us. We will prevail. It is our destiny. After all, Dr. King believed that the “arc of history bends toward justice.” 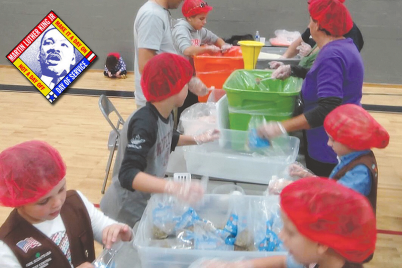 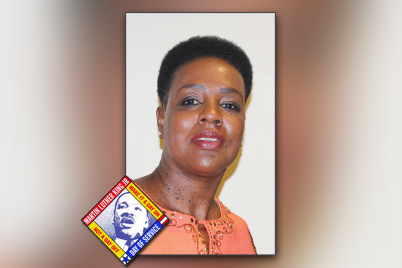 Yolanda McCloud   BY CINDY CARTER, Staff Writer ST. PETERSBURG – As part of the… 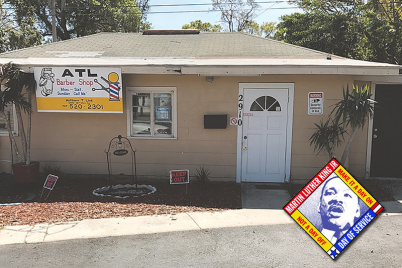 ATL Barbershop/Salon giving back: A MLK Day of Service project