PETERSBURG — When Mildred Kennedy’s granddaughter, Aiyanna Fitzgerald, decided to enlist in the military, she said she couldn’t have been more proud of her.

“She chose to follow in her brother’s footsteps and join the military,” Kennedy said. “She wanted to travel and later go to school with the education benefits the military offered.”

A graduate of Pinellas Park High School, Fitzgerald is the youngest of three of Kennedy’s grandchildren to join the military. Kennedy also has two grandsons who are veterans, one, Devin, from the United States Army and the other, Alvin, from the Air Force.

Fitzgerald is currently a Lieutenant in the United States Navy and was recently promoted from the rank of Lieutenant Junior Grade 2. She has been in the military for 12 years, including eight years in the Army National Guard.

She is currently an Industrial Hygienist stationed in San Diego. Fitzgerald, 32, will move to her new duty station in Bahrain, a nation comprising more than 30 islands in the Arabian Gulf, sometime next year.

In honor of her grandchildren and other members of the military, Kennedy plans a Veterans Day program each year at her church, McCabe United Methodist Church.  This year, the celebration will be a part of McCabe’s 113th church anniversary on Sunday, Nov. 11.

Kennedy said the idea to honor veterans and those currently serving was something God laid on her heart.

“With so many of my own family members choosing to go into the military and we had so many veterans at our church, I just wanted to do something to honor them,” she said. “They are all true heroes.”

Along with her grandchildren, Kennedy has two sons-in-law who also served in the military. She said she prays often for her family and sent her grandson care packages while he was deployed in Afghanistan.

“Members of the military have always been close to my heart,” stated Kennedy. “I just have so much respect and compassion for them and for their families.”

She said her desire to recognize men and women in the armed forces was also fueled by information she would receive from the Wounded Warriors Project, a charity she would donate to from time-to-time. Wounded Warriors is a not-for-profit organization that provides assistance to veterans and service members who have suffered some sort of injury while serving.

Kennedy first coordinated the service in 2010, and it has now become an annual tradition. During the service, the congregation also offers up a prayer for wounded warriors as well.

“We honor McCabe’s military veterans, veterans visiting our church for the day, as well as those military members who are currently serving in various branches of the armed forces,” she said.

Kennedy also said she hopes that everyone will take a moment to think about the service and sacrifice of the men and women in the armed forces on Veterans Day.

“I just ask that we all take a minute to pray for our veterans, wounded warriors and those serving right now,” she said. “My heart just goes out to them and their families too.”

If you would like to join McCabe United Methodist Church in honoring veterans and current members of the military, you can attend their service on Sunday, Nov. 11 at 2800 26th Ave. S. The service begins at 11 a.m. 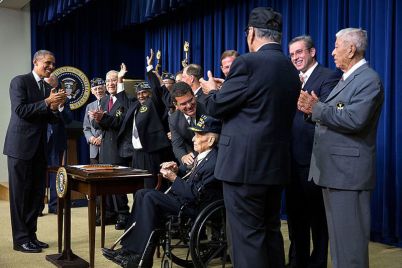 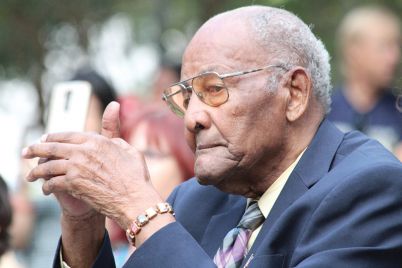 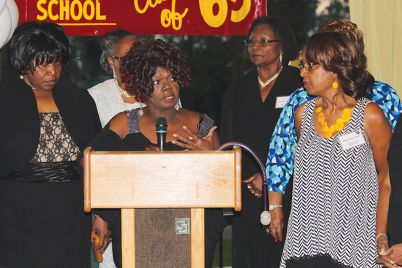