Last Thursday, June 28, the St. Petersburg Housing Authority heard complaints from displaced residents of the Historic Village in Jordan Park because of the disgraceful temporary conditions they are forced to live in.

ST. PETERSBURG — Perhaps one of the most contentious St. Petersburg Housing Authority (SPHA) meetings in recent history, last Thursday saw former residents, religious leaders, politicians and advocates for saving the Historic Village in Jordan Park from being razed were all there to voice their opinions about preserving one of the last historic buildings in south St. Pete and the ethical treatment of its displaced residents.

Built between 1939 and 1942, most of the original 446 units were demolished and rebuilt in the early 2000s, all but the Historic Village, which received a facelift that did not include infrastructure. Now, the SPHA is looking to demolish the last of the original 31 units and build a 60-unit apartment in their place.

Jordan Park was purchased from the Richman Group last March where it was discovered that the demolition of nine dwelling buildings located in the Historic Village would be more feasible than renovating, according to the SPHA. 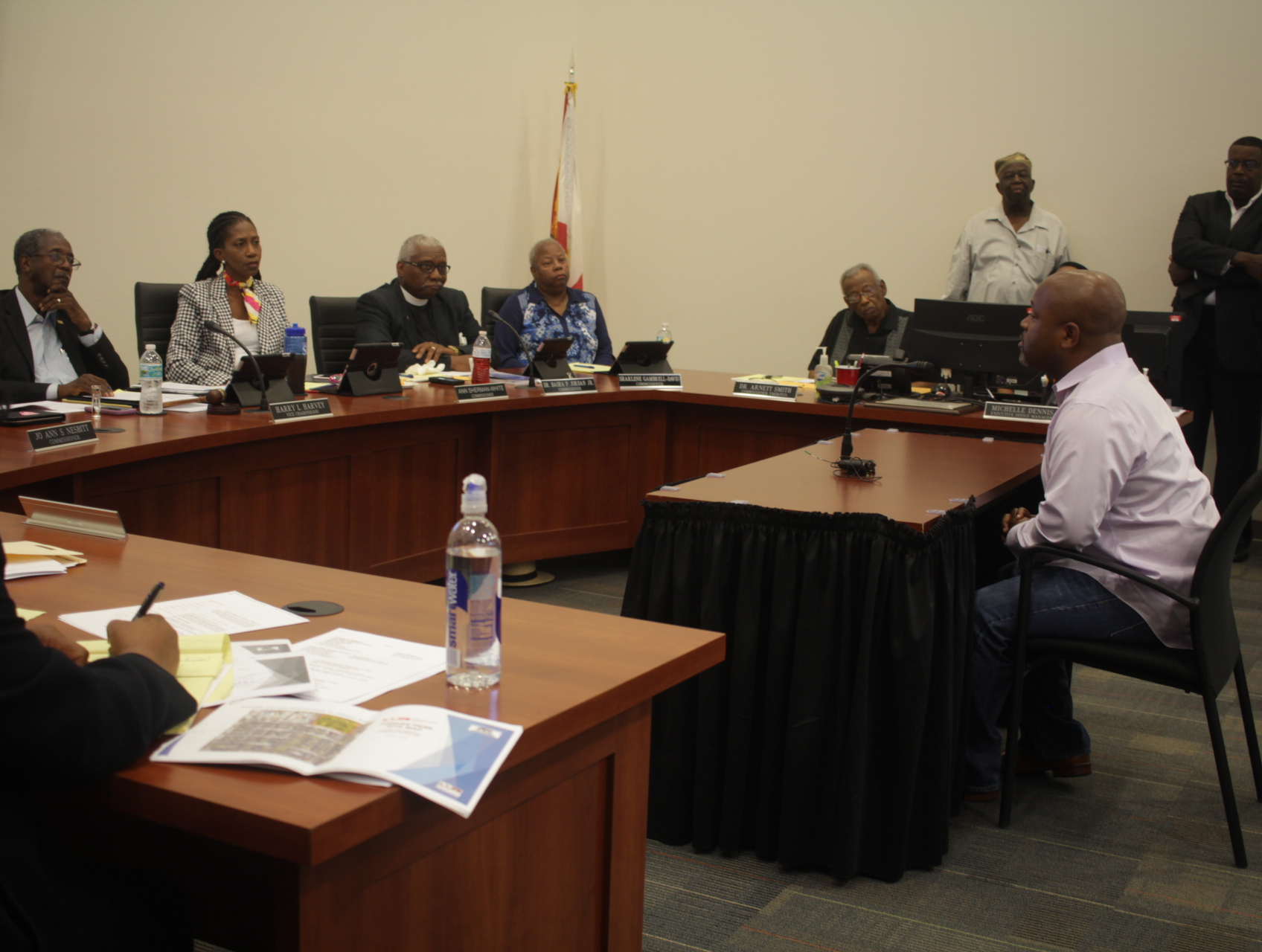 Candidate for State House District 70 Vito Sheeley was in attendance as was a representative for Rep. Wengay Newton

In a press release sent to The Weekly Challenger last Oct., the housing authority stated that “over the past 80 years, those nine dwelling buildings have become dilapidated and a breeding ground for a host of problems. Investigation of those dwellings found them to be termite infested and not in condition to be made habitable.”

In that same press release, SPHA CEO Tony Love stated that since the housing authority could not afford to put more money into failing dwelling buildings, the board of housing commissioners granted approval for “staff to submit an application on May 30, 2017, to the Special Application Center of the U.S. Department of Housing and Urban Development (HUD) for the disposition of nine dwelling buildings containing 31 dwelling apartments and 2.87 acres of underlying land at Jordan Park.”

On Aug. 25, Demolition/Disposition Plan approval was granted by the Department of HUD and meetings were held with the residents–who were either elderly or disabled–informing them that they would be temporarily displaced.

Residents were told they would receive a Tenant Protection Voucher through the SPHA’s Housing Choice Voucher Program and that relocation costs would be provided.

However, what the tenants were not told was that they would be moved into substandard housing worse than where they were living in Jordan Park.

Rev. Basha Jordan, Jr., the grandson of Elder Jordan–the former slave turned businessman who donated the land to the city for a public housing project–was responsible for getting the issue placed on the agenda.

“As a direct result of me reading her [Terri Lipsey Scott] Facebook post, I was concerned about it and brought it to the attention of the CEO of the housing authority and asked him to visit the homes because I was appalled at the way in which they were living,” said Jordan, Jr., who is a SPHA commissioner.

Lipsey Scott, executive director of the Dr. Carter G. Woodson African American History Museum, which is the old Jordan Park administrative building and is situated next to the Historic Village, sounded the alarm about the unacceptable conditions awhile back on Facebook. She tried to help find suitable housing for the elderly and disabled residents but searched in vain.

She said the SPHA sent out letters to the residents stating that their temporary housing would be comparable to the housing they were being forced out of. Instead, however, they are enduring “folks raising hell all night, loud music all night, air conditioning not working properly.”

“I was again perplexed by the lack of decorum, sensitivity and consideration exhibited by the commissioners of St. Petersburg Housing Authority and their CEO,” said Lipsey Scott.

She went on to say that the board’s limited knowledge regarding decisions they have made concerning the displacement of “residents into unlivable conditions were deplorable.”

“The board members had no questions, and they knew few answers. It was abundantly clear, those on the board who have been tasked with the oversight of SPHA, demonstrated a degree of ineptness, causing the disruption of the lives of several of our community’s seniors and those with disabilities,” she said.

Jordan, Jr. was for the demolition of the Historic Village until he witnessed firsthand the awful conditions the elderly and disabled were enduring in temporary housing. He went to the Palm Apartments where some of the displaced are housed and was shocked by what he saw.

Jordan, Jr. said when Love did not visit his former resident’s current dwellings, he wrote a letter and emailed it to Love asking him to distribute it to the other board members.

“So when he refused to do that, then I got on the drum, and we ended up having about 75 people from the community to come to the board meeting because he did not want to even put it on the agenda.”

Jordan, Jr. was told through a lawyer that he must go through the Resident Advisory Committee so they could determine if the item should be put on the agenda. They voted him down.

“And so during the board meeting when they were setting the agenda, I interrupted the meeting to let them [community members in attendance] know it was not on the agenda. They tried to shut me down, but it was finally decided it would be brought up as new business.”

During the public forum section of the meeting where citizens can speak up to three minutes regarding housing authority issues, people were waiting in line for their turn at the microphone.

“The testimonies were mind-boggling, to say the least,” said Jordan, Jr.

One displace resident came with evidence in hand of roaches he photographed in his refrigerator. Others complained of electrical, plumbing and cooling issues. They also expressed dismay regarding the loud noise of neighbors, drugs and prostitution.

Emma Stewart, 76, is one of the elderly residents placed in temporary housing at the Palm Apartments. She attended the meeting to ask for help.

“It’s so disgusting; I don’t know what to do. I’m so depressed,” said Steward, who said it is disgraceful for them to be forced to live in substandard housing. “I can’t sleep at night. Help us to find somewhere decent to live. Please help us.”

Architect Robert Reid Wedding was on hand to discuss his firm’s recommendations for the Historic Village. He said the price would run $3 million to renovate the units, and the cost of new construction would cost approximately $9 million.

It was during his presentation that for the first time commissioners came to learn the estimated cost associated with both rehabbing the current units and building 60 new apartments.

“If this board wants to save this asset, it can be done,” Wedding said, adding that it will be a long expensive process.

Community activist Jabaar Edmonds said there should not be price tag on preserving historical landmarks.

“To me, it’s just like City Hall; it’s just like the Coliseum. There’s so much historical significance that there shouldn’t be a value placed on how much it will cost to rehab it.”

City Council Chair Lisa Wheeler-Bowman was also on hand to lend her support for the displaced residents. She witnessed firsthand the unsanitary conditions and sub-par housing the elderly have been placed in. She was disgusted with some of the SPHA commissioners’ callous attitudes.

“Do not just sit in your chairs,” she affirmed. “I do not support demolition of the Historic Village.”

Wheeler-Bowman represents the district that Jordan Park is in.

Before the meeting was abruptly ending at the behest of Love, Jordan was able to make a motion that the board would revise the original proposal and renovate all or some of the historic village, renovate the 206 units and build new units.

The motion passed four to two; however, Lipsey Scott reported crews working at the site on Tuesday.

“The motion passed, so if the housing authority, the CEO, is continuing the efforts to demolish, I think that those actions speak for themselves,” said Jordan, Jr. 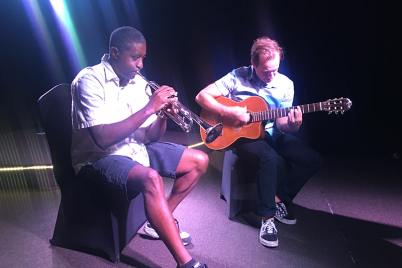 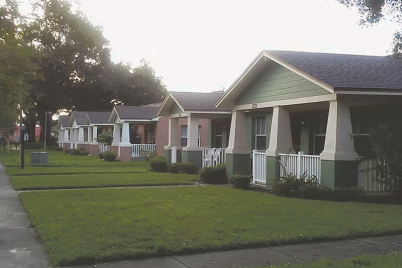 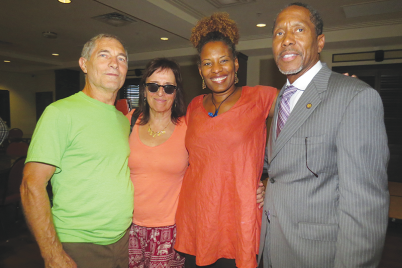 Open house at the Manhattan