ST. PETERSBURG – Each year, the Martin Luther King, Jr. Holiday weekend is kicked off with the MLK Essay and Oratorical Contest. In its 37th year, once again, it attracted some outstanding participants that promise to make a significant impact on the world in the years to come.

“Believe me, some of these kids have much to say, and that’s what we want,” said Virginia Scott, president of the Martin Luther King Commemorative Organization, Inc.

The organization welcomes the unique insight provided by participants and feels the contest is a way of gathering information that adults need to make better decisions.

“If we don’t have our youth to lead us in some way, we will be without conversation.”

Thirty-seven years ago, then-Governor Bob Graham appointed then-AARP Executive Director Charlie Carol to form a group of people who exemplified the leadership of Dr. King and who would create events to honor his legacy.

The group became known as the St. Petersburg Dr. Martin Luther King Commemorative Organization, Inc., and they organized events such as the Dr. Martin Luther King, Jr. Leadership Breakfast, the MLK Candlelight Vigil, Interfaith Memorial Service, and of course, the MLK Essay and Oratorical Contest — all of which are going strong today.

Students from schools all across St. Pete are encouraged to send entries in each year. More than 100 submissions are typically received, read through and whittled down to a handful.

Judges Arcilous Mincey, Hillsborough County School educator, Shelia Lamb, retired educator, Jacquilin Wallace, retired educator and Sepideh Eskandari,, Esq. had a difficult task choosing a winner. All five finalists were on top of their games, had done their research, and were passionate about the subject.

Alexandrea Marie Neely, a ninth-grader at Gibbs High School, took top prize for her outlook on the prompt: If Rev. King had 20/20 vision into the future, which of his principles do you think he would consider most relevant to present-day immigration issues and why?

She chose to highlight his second principle, which focuses on the art of nonviolence and how it cultivates friendship and understanding, with the result being redemption and reconciliation. Nonviolent interactions, according to Dr. King, will bring about the creation of the Beloved Community.

“The struggle of immigrants is often overlooked and misunderstood,” said Alexandrea. She believes seeking a broader understanding of personal hardships is the first step in solving many of the country’s most prominent political debates.

“Instead of compassion, they are greeted with the promise of tearstained pillowcases as they are put indefinitely into confinement.”

For her efforts, she was awarded the $200 grand prize, the chance to showcase her oratorical skills once more at the Interfaith Memorial Service held last Sunday at First Baptist Church of St. Petersburg and two tickets to the Dr. Martin Luther King, Jr. Leadership Breakfast held on Monday at the Coliseum.

Entertainment for the evening was provided by creative dancer Soraiya Edwards, a student at James B. Sanderlin IB World School. 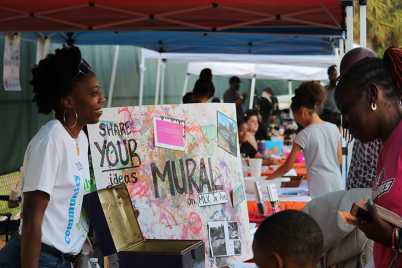 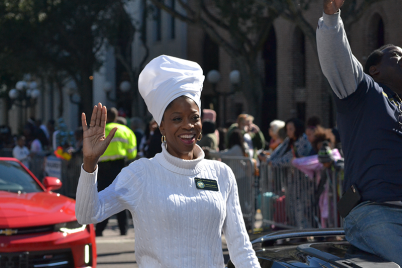 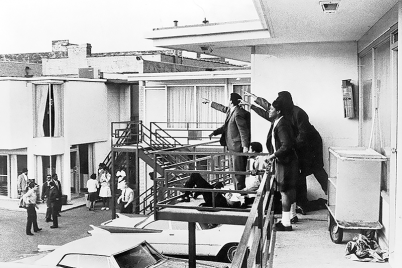 His death and its meaning

BY ATTORNEY JACQUELINE HUBBARD, ESQ., ASALH President Most of us can remember where we…