ST. PETERSBURG — If memory serves me correctly, prior to the arrival of the negotiation team of University Preparatory Academy (UPA) and its spokesperson, the organization known as the Uhuru’s made a valiant attempt at opening a charter school in south St. Petersburg. That opportunity was met with a few challenges.

The aforementioned aspiration was based on behalf of a class action lawsuit that stated that the district was depriving black students of a quality education. St. Petersburg father William Crowley and his then seven-year-old son and others in 2000 were the essence of that lawsuit.

Moving forward in time, the Uhuru’s, represented by Guy Burns, agreed on a tentative settlement -unveiled late on a Monday around August 10, 2010, in what is known as the Crowley vs. Pinellas County School Board. That agreement called for several conditions including an “aspirational goal” for the board to forge 500 new seats for black students in a charter school in south St. Pete. 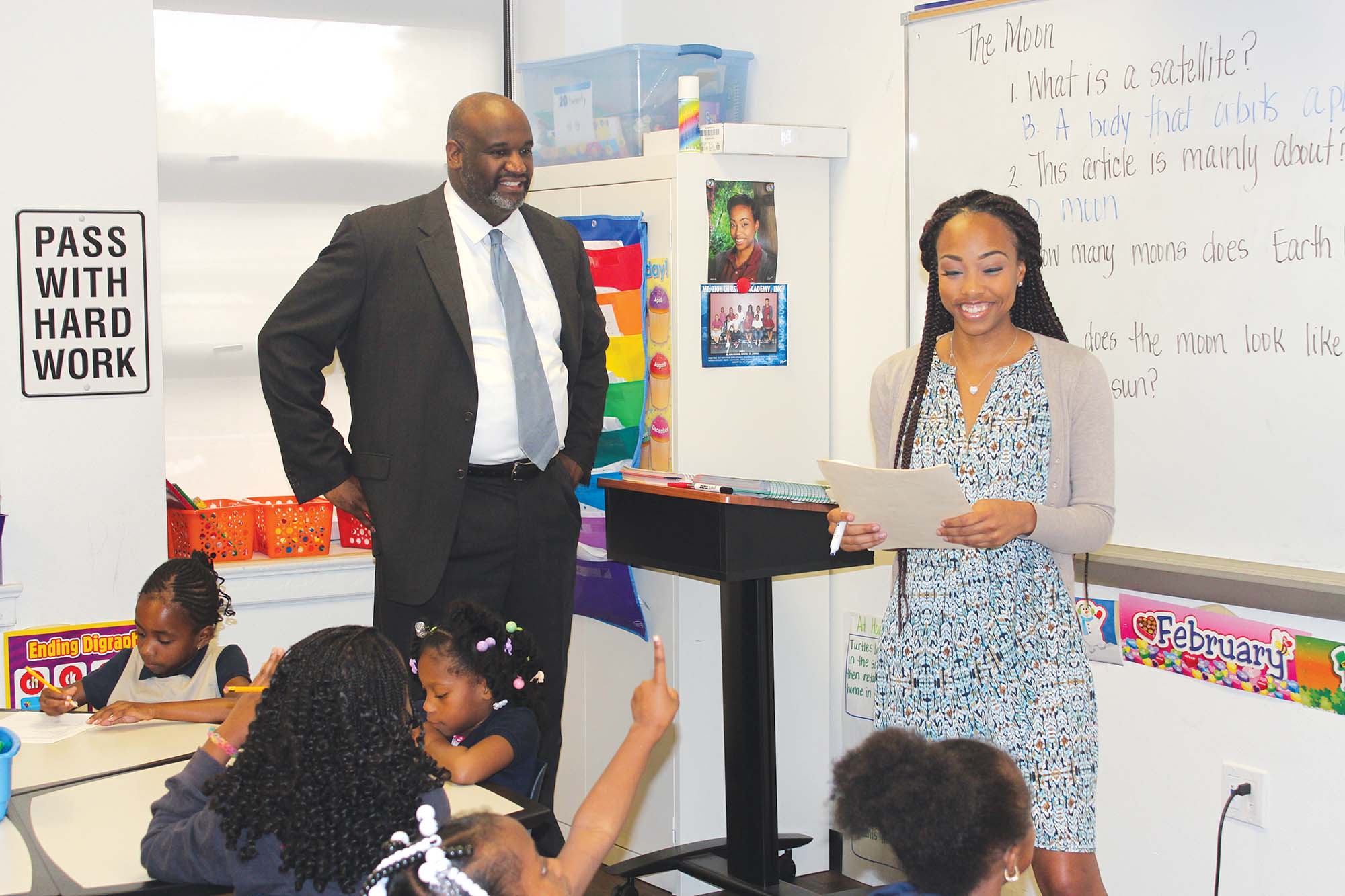 Principal Darius Adamson in his first few months at UPA

A prime location, the former Southside Fundamental School, had been closed for some time. However, located in the community and in need of a few repairs, Pinellas County Schools began conversations with the community on the sale and repurposing of this property.

Located very close to a drug treatment facility, there of course was a tremendous amount of dialogue, however, in the end and rightfully so, the decision was the right decision-sell the property and negotiate that sale with UPA.

UPA was the second major decision brought before the board upon my election to service dealing with charter schools – Imagine Charter School was the first. Cheri Shannon, University Prep founder, dedicated a number of hours to opening charter schools and based on the information provided and researched had been quite successful.

Dr. Goliath Davis, representing as the head of a new non-profit organization Learning Village of Pinellas, presented before the board with Shannon and spent a number of hours with her in meetings with the district as well as the community initially. In an article dated April 23, 2013, Davis stated: “University Preparatory Academy will help fulfill a memorandum of understanding from a 49-year-old integration lawsuit that requires the district to set a goal of creating at least 500 charter seats in predominately black neighborhoods.”

UPA proposed enrollment for 546 students in grades K-8 in the fall of that year with a desire to grow to 866 students in five years. An application was submitted and the board voted to approve UPA’s application to open a charter school with an initial five-year timeframe.

As a newly elected member to the board, I quickly recalled the issues with Imagine Charter School, however, I believed this to be a different approach and felt that the conveners on this project would work towards improving the educational experience of students. Yes, I agreed and spoke frequently on behalf of and voted in favor of this project!

Knowing that the parents and students desiring to attend UPA would be based purely on choice, I frequently encouraged UPA to market themselves accordingly and to be open and honest with those families inquiring. I encouraged the hiring of qualified minority teachers and counselors. There were a few bumps in the road like persons calling and not receiving return phone calls, transportation and meal set-ups. However, every step of the way, the district as well as some religious organizations and churches in south St. Petersburg were there to help.

UPA has had challenges with its students and I believe that the teachers and other staff are dedicated to the students and their families, which is why I am so disappointed to hear that the board was leaning towards closing the school without a fight.

I am not sure nor can I speak for anyone in regards to the parents not knowing that the school had received consecutive low school grades. That is a separate conversation. What I can do is share that as a school board member, I would strongly encourage the board and executive team of UPA to give this community the same chance that we gave UPA!

At a minimum, apply for the appeal and see what happens. I, for one, will support that measure as well as work to try to address some of the ancillary support services that proved to help the districts five challenging schools.

I have spoken with Superintendent Dr. Grego and provided him with my suggestions should the community not prevail and the school closes. Those suggestions range from purchasing the building and taking over the school to opening up school assignments throughout the district much like we availed to Windsor students. I believe that the parents and students will find the options that I have presented quite fair and supportive.

An organization (The Gathering of Women, Inc.) honored me by naming a component of their services after me “The Flowers Girls.” Several of those young ladies attend UPA. I can tell you that they are smart young ladies and they take learning seriously. Their parents and caregivers attend the various events that are held for the young girls.

I could not be more proud of what they have exhibited over the last two years. I have said before and I will continue to state that the statewide test is not an accurate measure of a student’s capabilities. I will continue to fight the battle towards utilizing the test as a baseline and not a final determinant. How disappointing is all of this is to the students and families?

In the meantime, UPA is schedule to attend a workshop with PCS Board members this week. I will use that time to give support, listen to their proposed turnaround plan, provide insightful and meaningful suggestions, and strongly encourage UPA to not give up on our children!

The first day of school is less than four weeks away.  The charter application was approved for five years–let’s work together towards turning things around in the time that we have remaining.

These comments are the sole comments of Rene Flowers, Pinellas County School Board Member, District 7 and are in no way a reflection nor comments of the school board or administration.

One Reply to “We took a chance on University Preparatory Academy”