ST. PETERSBURG — The energetic Dr. Cornel West roused the crowd at Greater Mt. Zion AME Church Jan. 11 as part of the 2017 Heritage Lecture Series. The celebrated author, activist and social critic touched upon such varied issues as an increasingly “brand” culture, child poverty, the “gangsterization” of America and even drone strikes.

“In these days you need to undergo your own critical self-inventory…Do you put on the full armor of faith and truth in these bleak times? This is a time for warriors, not little sunshine soldiers,” he said, paraphrasing revolutionary era pamphleteer Thomas Paine.

This is not the time for polished professionals who have to convince everybody that they’re center stage in order for them to feel good about themselves, West declared, adding that “we’re looking for warriors” like Malcolm X, Dr. Martin Luther King, Jr. and even Frederick Douglass and Harriet Tubman. These days we live in a “spiritual blackout,” he averred, “a profound spiritual crisis.”

He praised such musical artists as Stevie Wonder, Marvin Gaye, Curtis Mayfield and John Coltrane for their important messages of love in their works. Not the sentimentality associated with single love or lust, he clarified, but “courage that cuts so deep that you make a decision to be faithful unto death.” 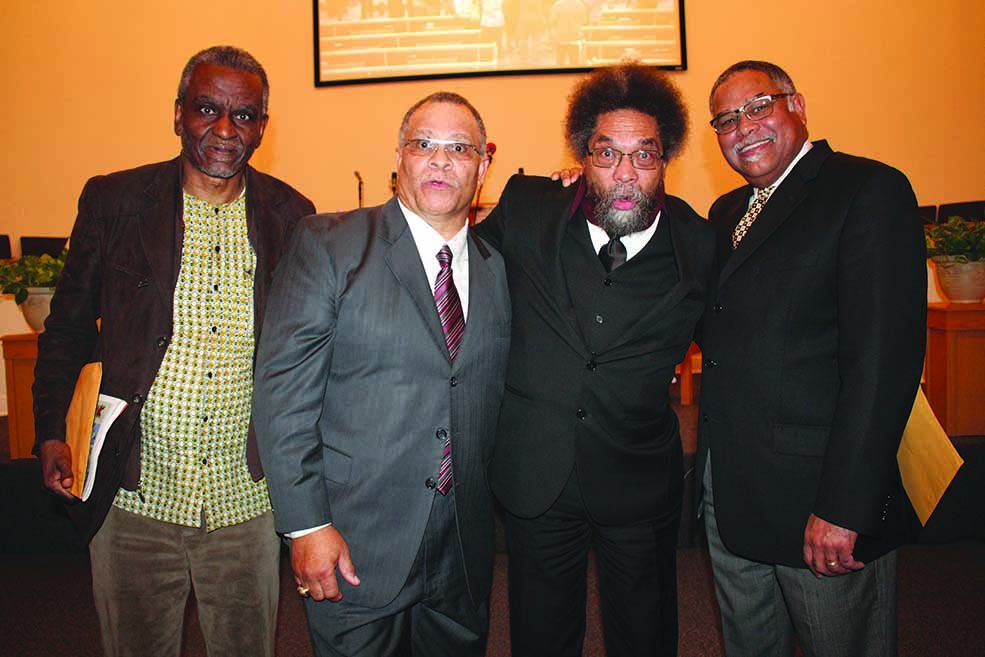 “We’re at a moment where we need all of that spiritual strength and yet we’re weaker than ever,” he lamented. “We’re more feeble than ever because spiritual blackout is the eclipse of integrity, honesty, decency and courage.”

West admonished the unnecessary “spectacle” of some of today’s performers and singers, saying we come from “soul-stirrers, not just body stimulators.” Where is the spirit, he asked rhetorically?

We are a spiritual people, he said, and once we lose our integrity we slide down the slope to cupidity and mendacity. Capitalism has transformed the culture, he noted, saying everybody these days “has got to be a brand.”

“Don’t tell me you’re a brand,” he said, “tell me what your cause is. What are you willing to sacrifice for beyond just yourself and the money that’s flowing toward you? And this is not just black folk, this is true for the whole nation, it’s true for the whole world!”

Donald Trump is the symbol of the “gangsterization” of the nation and the world, West said, which refers to the obsession with the “11th commandment,” that “thou shalt not get caught.”

In praising Malcolm X, he said the slain civil rights activist had a strong moral core and an ethical center because “he fell in love with black people,” and anybody who falls in love with a people who have been taught to hate themselves is going to have to “cut against the grain.”

Lamenting the apparent lack of those with sincerity and integrity these days, West explained that when he was growing up he could go through a whole list of people with integrity, such as Dr. King, Angela Davis, Stokely Carmichael and Huey Newton. They had a willingness to speak the truth, he said, and the condition of speaking the truth is always to allow suffering to speak.

“If anybody claims to be speaking the truth but they’re not allowing suffering to speak,” West said, “you can rest be assured they have a truncated discourse and a deodorized dialogue!”

We’re living in a moment where our children need us more than ever, he said, yet they feel abandoned, neglected and unloved.

“I felt so much love I couldn’t return it back in three lifetimes,” he said, adding that is not the case for too many young black boys and girls these days.

We live in a society in which crimes are escalating every day, he pointed out, and when you think of crimes in mainstream America, you think primarily of people who have very little that are involved in violating the law.

“That’s why the young people in Ferguson and Baltimore—you get all of the politicians, no matter what color, they call them ‘criminals,’” he said. “Yeah, they’re doing some things they ought to not do, but you know what? As a Christian, I always begin looking for wickedness in high places first.”

He bemoaned the fact that African Americans are far more likely to be convicted for drug-related crimes than their white counterparts in today’s criminal justice system. Too many African Americans live in poverty in the richest nation on earth, the United States, he said, and there’s been a lack of serious talk about it, like Dr. King’s “poor people’s” campaign. West had even pleaded with President Obama to give a major speech to bring child poverty to light.

“These young folks are catching hell and they’re going to decrepit schools and they don’t have what is necessary to live like a flower and flourish!” he said.

Another crime that’s a reflection of this “spiritual blackout” was the 26,000 bombs that were dropped last year by U.S. forces. Several nations bombed, all of them Muslim, he noted, and added that there’s been no serious talk about it despite the thousands around the world killed by drone strikes.

“Our nation must stand under the judgment of truth and love,” he said, “and we all fall short.”

He explained that Trump has become one of the major manifestations of this “spiritual blackout” driven by big money, big banks and big military.

West stressed the importance of getting priorities straight, like giving interest-free loans to students in need rather than giving them to Wall Street.

“That’s what our coming together is about every year,” he said. “To be able to—in the language of abused people—to lift every voice.” 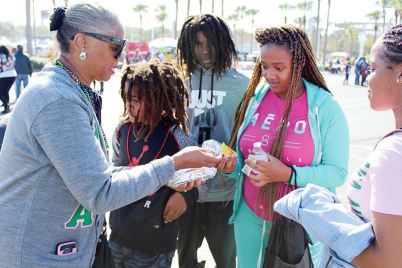 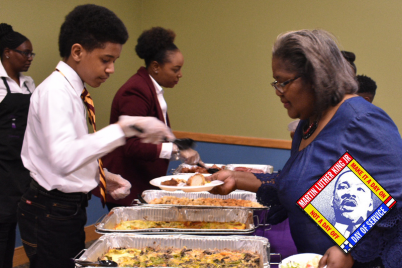 BY KARIN DAVIS-THOMPSON, Staff Writer ST. PETERSBURG — With a focus on health and… 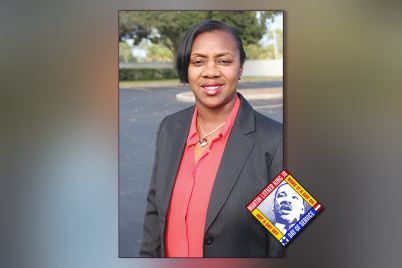