ST. PETERSBURG – “I do not want to see you all in the courtroom because y’all would beat me up every time,” said Police Chief Anthony Holloway at the second annual Great Debate for middle and high school students.

These young ladies and men displayed their oratorical and research skills on current and controversial topics on the Palladium Theater’s main stage on March 20. Despite their personal viewpoints on the subject matters, they were able to argue their side with expert knowledge and sometimes even wit.

Made possible by the AKA AKAdemy in partnership with the Youth Development Foundation of Pinellas County, the Great Debate is the brainchild of Alpha Kappa Alpha Sorority, Inc. Zeta Upsilon Omega Chapter’s Dr. Delphinia Davis. She said the sorority incorporated debating as one of their signature programs because it helps students develop skills that will enable them to be more engaged and have the ability to discuss current political and global issues.

Throughout the process, students learned to argue opposing viewpoints effectively, which encourages them to utilize questioning, reasoning, critical thinking and logic skills. The debate coaches challenged each student to intellectually engage with relevant material that promotes problem-solving and innovative thinking. They also helped their students build links between words and ideas that make concepts more meaningful.

Helping coach the middle school scholars were James Jackson, III (Omega Psi Phi Fraternity) and AKA member Brandi Williams-Miller on the topic: Should an embryo be considered a human life?

The high school coaches, Ste’Phan Lane (Omega Psi Phi Fraternity) and AKA member Sandra Patterson helped their charges with the topic: Should a person be required to use a public restroom according to the gender of their birth or the gender they currently identify with?

“You all are exceptional,” said Williams. “You all are beyond the norm. As an attorney, I don’t think I’ve gone up against any African-American attorney yet as an attorney. I’ve seen more people on the other side when I go into the courtroom versus actually being in the box going up against another attorney.”

Pilon echoed Williams’ sentiments by challenging the students to become lawyers. “I think you were almost as good as or better than most lawyers I see on a daily basis.”

With charisma and confidence, these future leaders married factual evidence with emotional conviction. The art of rhetoric was mastered on that stage, but there could only be one winner.

For the middle schoolers, the team that debated against an embryo being considered a human life took home top honors (Coach Jackson, III), and the high school team that argued in the negative on the gender/restroom discussion (Coach Lane) came out on top.

The event raised more than $4,500 to be distributed in the form of scholarships among participating students, but Chief Holloway stepped in at the last minute and brought the total to $6,000. He also pledged to contribute to next year’s debate.

About the Youth Development Foundation

The Youth Development Foundation of Pinellas County, Inc. is a 501(c)3 non-profit organization, established by the local chapter of Alpha Kappa Alpha Sorority, Inc. to provide programming activities that will enhance the quality of life for targeted youth and families in Pinellas County. The programming focuses on education and scholarships, health, the arts, the family unit and fosters economic and community development. 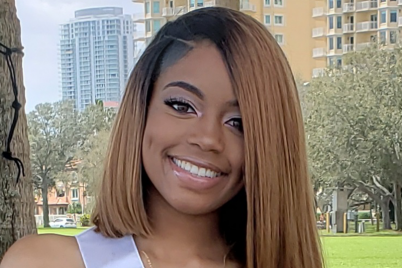 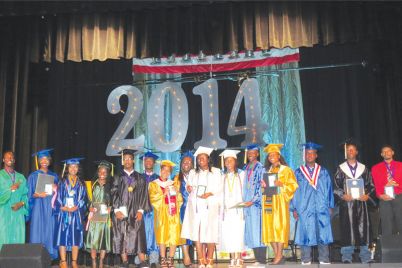 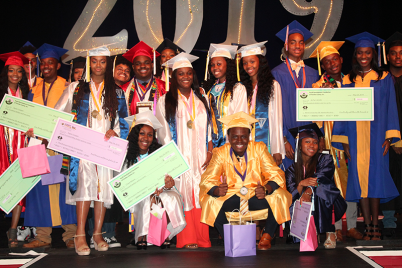