Recent articles in the Tampa Bay Times regarding the five failing elementary schools in south St. Petersburg entitled “Failure Factories” has generated a firestorm of reactions and commentaries across our community, and appropriately so.

This heightened awareness has elevated a much-needed dialogue on the issue, and hopefully, a renewed sense of urgency on the part of the school system leadership.

However, as we deliberate on what works and what does not work in turning these schools around, we should keep a few key points in mind, and avoid a dialogue that serves individual beliefs about school choice, unitary status, stereotypes and personal agendas. This state of affairs at these failing schools is really about our children and their future.

It is important to remember that black students have been failing in Pinellas County Schools long before Unitary Status (the end of forced busing). This failure to improve black students academic achievement is not a new issue.

Many of us remember the heated conversations with then Superintendents Scott Rose, Howard Hinesley, et al., during the community alliance meetings on this subject.  An important difference today is that many of today’s African-American students in the elementary schools are concentrated in south St. Pete.

This concentration has given a higher visibility to the lingering challenge of maintaining passing grades for the individual schools. The point here is that the district, as provided in Article IV of the Florida Constitution and as confirmed by the Pinellas Circuit Court in the “Crowley” case, has a responsibility to provide a quality education to black students, irrespective of the racial composition of the schools, neighborhoods, economic status, parental involvement, etc.

The Bradley case was filed in Federal Court in the 1960s (following the Brown decision in 1954), and in 1971, desegregation was ordered under the equal protection provision of the 14th Amendment of the US Constitution.

After integration was achieved, statistical tracking disclosed an academic achievement gap between black and non-black students. The Crowley case was filed in the Pinellas County Circuit Court to address this achievement gap problem.

It was filed under the Florida constitutional requirement to provide a quality education to black students whose academic needs had been neglected. The case was settled in 2010 with an agreement by the district to establish and maintain programs necessary to fulfill this constitutional guarantee.

As part of the settlement of the Crowley case, Concerned Organization for Quality Education of Black Students, Inc. (“COQEBS”) became the court-approved entity to monitor and enforce the Pinellas County School District’s commitment to providing quality education for black students. For the last five years, COQEBS has had numerous meetings with the superintendent and district officials regarding the fulfillment of this promise.

COQEBS has consistently advocated for research-based and/or evidence-based solutions to the challenge. We believe that this approach will avoid the “quick-fix” and the “flavor-of-the-day” solutions that have proven ineffective in the past.

There are no silver bullets, and efficient solutions must be comprehensive, sustainable, and continuously evaluated for their effectiveness. Also, the Pinellas School Board must commit the district to a program of sustained equitable funding necessary to provide for the establishment and maintenance of the necessary academic programs and solutions.

This open letter to the community is written because, during the nearly five years since the settlement of our case, little or no progress has been made.  We have continued to be frustrated at the lack of accurate and timely information from the district, and we have also been frustrated with the lack of any meaningful progress in closing the achievement gap.

We have previously expressed concerns about the manner in which the “Scale up for Success” program was implemented at the five failing elementary schools in south St. Petersburg.  We have concluded that the district continues to fail to meet its obligations regarding the education of black students, as required by the 2010 settlement agreement and by the Florida Constitution.

At the beginning of this past school year, Dr. Grego announced the implementation of the “Scale up for Success” program at these five schools.  This program was preceded by a similar pilot program at Fairmount Park Elementary, which was funded by the Juvenile Welfare Board. We expressed concerns at the lack of an implementation plan, the lack of evaluation methodology and other issues we believe could impact the fidelity of implementation.

The critical questions now are: What is the status of the Scale up for Success program? What have we learned from this first year of implementation? Moreover, what are the plans for this program going forward?

We have previously requested an assessment of the Scale up for Success initiative, which was to be presented at our last Bradley/ Crowley MOU meeting in July.  A copy of Scale up for Success Initiative – Research Evaluation Report was provided to us at a meeting with the superintendent on August 22 following The Times’ article.

We are in the process of reviewing this document to determine the fidelity of the implementation of the program, outcome measures after the first year and any district plans going forward.

It is my understanding that Congresswoman Kathy Castor and Senator Bill Nelson have requested a review of whether these schools have been allocated “equitable resources” for success. We have raised the same questions in the past as it relates to the Equitable Allocation provision of the Crowley Settlement Agreement, and welcome this review by the congresswoman and senator’s offices.

I was moved by many calls from individuals who share our concerns with this challenge and wanted to know how they could help. However, given the systemic nature of this problem, it is COQEBS’ belief that the district must employ and fund a comprehensive, sustainable approach.

Those of us at COQEBS are committed to achieving the goal of providing high quality education for all students, black students included, as provided by the Florida Constitution. 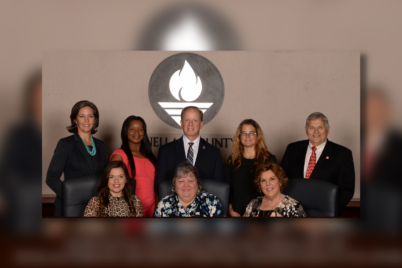 School board members will decide on who the next superintendent will be, and to these… 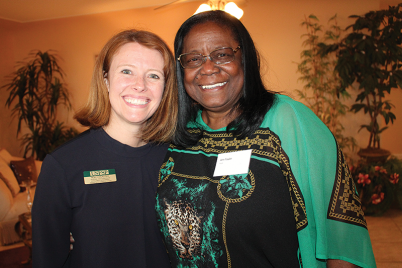 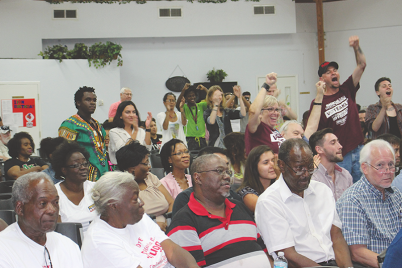 One Reply to “An open letter to the community from COQEBS”