2 But [in those days] false prophets arose among the people, just as there will be false teachers among you, who will subtly introduce destructive heresies, even denying the Master who bought them, bringing swift destruction on themselves. 2 Many will follow their shameful ways, and because of them the way of truth will be maligned. 3 And in their greed they will exploit you with false arguments and twisted doctrine. Their sentence [of condemnation which God has decreed] from a time long ago is not idle [but is still in force], and their destruction and deepening misery is not asleep [but is on its way].

4 For if God did not [even] spare angels that sinned, but threw them into hell and sent them to pits of gloom to be kept [there] for judgment; 5 and if He did not spare the ancient world, but protected Noah, a preacher of righteousness, with seven others, when He brought [the judgment of] a flood upon the world of the ungodly; 6 and if He condemned the cities of Sodom and Gomorrah to destruction by reducing them to ashes, having made them an example to those who would live ungodly lives thereafter; 7 and if He rescued righteous [c]Lot, who was tormented by the immoral conduct of unprincipled and ungodly men 8 (for that just man, while living among them, felt his righteous soul tormented day after day by what he saw and heard of their lawless acts), 9 then [in light of the fact that all this is true, be sure that] the Lord knows how to rescue the godly from trial, and how to keep the unrighteous under punishment until the day of judgment, 10 and especially those who indulge in the corrupt passions of the sin nature, and despise authority.

Presumptuous and reckless, self-willed and arrogant [creatures, despising the majesty of the Lord], they do not tremble when they revile angelic majesties, 11 whereas even angels who are superior in might and power do not bring a reviling (defaming) accusation against them before the Lord. 12 But these [false teachers], like unreasoning animals, [mere] creatures of instinct, born to be captured and destroyed, reviling things they do not understand, will also perish in their own corruption [in their destroying they will be destroyed], 13 suffering wrong [destined for punishment] as the wages of doing wrong. They count it a delight to revel in the daytime [living luxuriously]. They are stains and blemishes [on mankind], reveling in their deceptions even as they feast with you. 14 They have eyes full of adultery, constantly looking for sin, enticing and luring away unstable souls. Having hearts trained in greed, [they are] children of a curse. 15 Abandoning the straight road [that is, the right way to live], they have gone astray; they have followed the way of [the false teacher] Balaam the son of Beor, who loved the reward of wickedness; 16 but he was rebuked for his own transgression: a mute donkey spoke with a man’s voice and restrained the prophet’s madness.

17 These [false teachers] are springs without water and mists driven by a tempest, for whom is reserved the gloom of black darkness. 18 For uttering arrogant words of vanity [pompous words disguised to sound scholarly or profound, but meaning nothing and containing no spiritual truth], they beguile and lure using lustful desires, by sensuality, those who barely escape from the ones who live in error. 19 They promise them liberty, when they themselves are the slaves of depravity—for by whatever anyone is defeated and overcome, to that [person, thing, philosophy, or concept] he is continually enslaved. 20 For if, after they have escaped the pollutions of the world by [personal] knowledge of our Lord and Savior Jesus Christ, they are again entangled in them and are overcome, their last condition has become worse for them than the first. 21 For it would have been better for them not to have [personally] known the way of righteousness, than to have known it and then to have turned back from the holy commandment [verbally] handed on to them. 22 The thing spoken of in the true proverb has happened to them, “The dog returns to his own vomit,” and, “A sow is washed only to wallow [again] in the mire.”

4 I solemnly charge you in the presence of God and of Christ Jesus, who is to judge the living and the dead, and by His appearing and His kingdom: 2 preach the word [as an official messenger]; be ready when the time is right and even when it is not [keep your sense of urgency, whether the opportunity seems favorable or unfavorable, whether convenient or inconvenient, whether welcome or unwelcome]; correct [those who err in doctrine or behavior], warn [those who sin], exhort and encourage [those who are growing toward spiritual maturity], with inexhaustible patience and [faithful] teaching. 3 For the time will come when people will not tolerate sound doctrine and accurate instruction [that challenges them with God’s truth]; but wanting to have their ears tickled [with something pleasing], they will accumulate for themselves [many] teachers [one after another, chosen] to satisfy their own desires and to support the errors they hold, 4 and will turn their ears away from the truth and will wander off into myths and man-made fictions [and will accept the unacceptable]. 5 But as for you, be clear-headed in every situation [stay calm and cool and steady], endure every hardship [without flinching], do the work of an evangelist, fulfill [the duties of] your ministry.

Not all false teachers started out that way. They were once speak called by God but somewhere along the way got enticed by money or power or both.  I hear some have changed somewhat but it must be a complete 180 degrees which will constitute a genuine repentance.

2 Tim 4 is my charge and I haven’t looked back nor will I.  I don’t give folks second and third chances anymore because we are in the last days and it is too urgent to allow them to go about thinking they are ok with god when I clearly know they are headed for condemnation.

I pray this series open your eyes to the reality that the great deception is in full effect and growing and we must be constantly aware and alert to be n the watch for signs and don’t allow yourself to be caught up in it.  Equip and arm yourself with the true Word of God, continue to read my column, and join us on Facebook Live every Tuesday and Thursday at 7:00 pm and Sundays at 5:00 pm.  If you do don’t forget to have your Holy Scriptures (Bible) with you so you can follow along and read and see for yourself that it’s not just my opinion or feelings but the true, uncut str8 no chaser Word of God.

May the Lord God Bless you REAL GOOD. 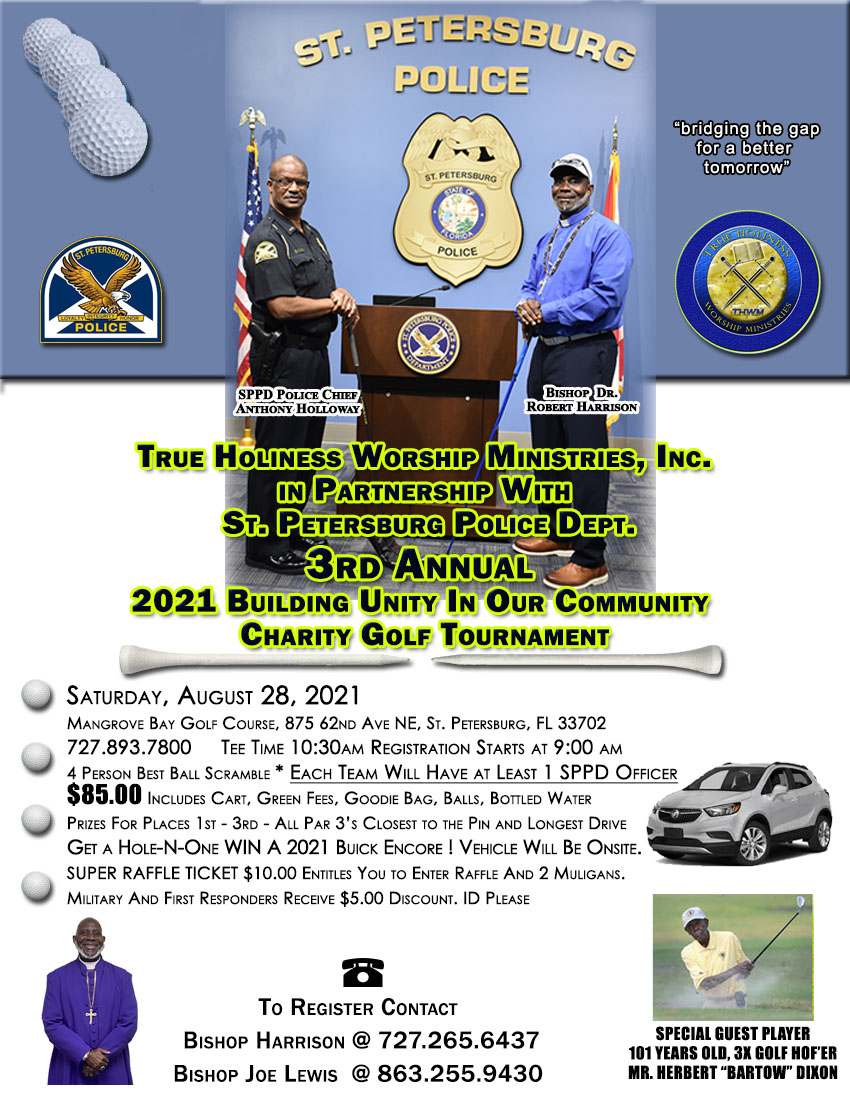 A spiritual overview of the 2018 Amendments

Praise the Lord. As much as I wanted to move forward with this subject God had me to sit…

Praise the Lord Saints. Jeremiah 9:5 says, “Everyone will deceive his neighbor, and…