Praise the Lord everyone.

Let’s get back to the grind.

I have been building up to this point of bringing back up the subject of generational curses and territorial demons to give you some insight on why after over half a century in south St. Pete, we are still plagued with  almost the exact same societal poisons that have hindered growth, unity, and harmonic utopian in our communities and neighborhoods.

I’ve given you things like Meritorious Manumission, the “They are Still Our Slaves” letter, Ezek 34, Woo to the shepherds, where God called out the spiritual leaders for their misuse and abuse of power and position, and hinted about the Willie Lynch letter of 1712.

I would venture to say that if these were read in their entirety with an open and unbiased mindset, it could have made a monumental difference in how we approach dealing with one another on a daily basis.

Based upon the results to date, we haven’t learned or accepted any of these writing and so much the more it would appear that they were completely discredited and treated as opinion, here say, or nothing more than a rant.

I personally don’t understand how one could come up with these results other than the fact that these writings hit home and folks got into their feelings.

I remember when “Failure Factories” hit back in 2014, the exact same mindset occurred because the ones that were implemented, well some of them, took offense to it and attempted to deflect the matter and dangle the “carrot” in our faces by showing how good the high schools and northern schools were doing but the issue at hand was the L5 schools, the five neighborhood elementary schools, Melrose, Campbell Park, Fairmount Park, Lakewood Elem, and Maximo, were at the bottom 10% in the entire state of Florida, with Melrose taking the “honors” as the worst.

It was stated that over $20 million were rechanneled away from these schools and sent to those “good” schools and so many other deliberate acts that hinted racism to the point that they, the Pinellas County School Board attempted to pacify the community by placing one of us on the board.

When that didn’t work, they then attempted to attack The Times, stating that the information they printed was false or inaccurate.  Well, we know that one could be sued for libel if that were true, and the Times went on to state that they printed only the numbers that were given to them by the school board.  And to make the proverbial egg on their face even worse, The Times won not one but two Pulitzer Awards given for journalist excellence on this very article.

When you decide that your bottom line, your bank account, 401k, investment portfolio, etc. etc., are more important than the people you are supposed to be representing, therein lies the hidden, underlying problem rooted in the fabric of the “black leadership” that has been at the head for almost a half century.

While there has been some change and growth, it’s superficial at best and temporal to say the least.

We hit all of these “the first African American” milestones, yet the communities and neighborhoods have not seen the fruit.

There is so much that could be achieved if there were less egos and more compassion shown to those truly in need.

I rarely use 2 Chron 7:12-14 but it seems applicable.  God said if His people, which are called by His name.  This automatically disqualifies so many but when it’s not explained to them that God is qualifying who He is speaking to.  Then He said first and foremost that they had to humble themselves, THEN pray.  Prayers aren’t no, ain’t getting answered because there is no practice, daily practice of humility and it’s a reflection of what’s shown in the pulpit.

PLEASE explain to me how all the prayers that have gone up on behalf of the folks of the Burg for decades haven’t been answered, its simple, they haven’t been heard by God due to disobedience.

Just because you say God told you something and you went out on the limb proclaiming that you “declare and decree” that God said thus and so just to look like a liar when whatever you declared and decreed didn’t happen this is where prayers and blessings get blocked.

Nowhere in Scripture does God’s Word tell spiritual leaders to declare and decree anything.  Just because it sounds so regal and “holy” doesn’t invoke God to move on it.  You came up with this garbage from the mega church false teachers and you haven’t been elevated to the level of compromise to receive the false blessings and fake miracles Satan offers for your soul sell out.

21 “Not everyone who says to Me, ‘Lord, Lord,’ will enter the kingdom of heaven, but only he who does the will of My Father who is in heaven. 22 Many will say to Me on that day [when I judge them], ‘Lord, Lord, have we not prophesied in Your name, and driven out demons in Your name, and done many miracles in Your name?’ 23 And then I will declare to them publicly, ‘I never knew you; depart from Me [you are banished from My presence], you who act wickedly [disregarding My commands].’

May the Lord God, Jesus Christ, Bless you Real Good!

Breaking the Cycle: Just getting started

Praise the Lord Saints. Great days are ahead. We had an incredibly successful and… 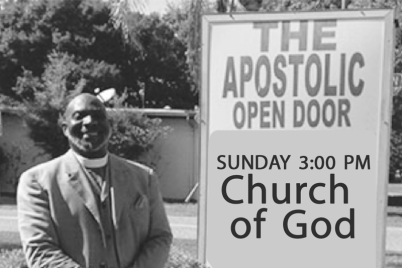