“I felt ashamed by my breakdown and went right back to working, pretending as nothing had happened,” said Marilyn Shaw.

ST. PETERSBURG — Like any other millennial, Marilyn Shaw quickly found herself engulf in the hustle, on the grind, build your legacy now lifestyle that’s sensationalized on social media. Working multiple jobs, juggling bills, college and marriage before she was 20, Shaw finally found the end of her rope and had a complete mental breakdown.

“At the time, people didn’t really talk about mental health, especially in the church,” she said. “I felt ashamed by my breakdown and went right back to working, pretending as nothing had happened.”

A few years down the road, Shaw heard someone else’s story, which turned a light on for her: there was no shame or betrayal of her faith in God in asking for professional help.

“In a lot of communities of faith, the mindset is to just ‘pray it away,’” Shaw explained. “But I realized there were resources that would help me, and when I began to use them, I saw that it was safe to talk about what was going on and that therapy was something God provided me to heal my trauma.”

A decade later, Shaw’s experience has led her to a great desire to help other women of faith connect and talk about their issues and try to learn to love themselves – no matter what. Shaw recently launched her website, Myfaitherapy.com, intending to help ambitious women like herself redefine their lives by prioritizing their faith and mental wellness.

According to “Business Insider,” there has been a 47 percent increase in depression among millennials, attributed to stress about debt, healthcare, childcare and housing. And in a culture where hard work – even to the point of burnout — is deemed admirable, Shaw said this isn’t surprising.

“There are so many stressors for women today, and I want them to learn to show themselves compassion and love because that takes a lot of pressure off the expectations we put on ourselves,” Shaw asserted. “I also want them to realize that going to therapy is for everyone, even if you don’t have a clinical mental illness.”

Myfaitherapy.com connects them with trained mental health counselors and coaches and community support for women with access to daily affirmations and devotionals.

“With Faitherapy, I want to break the stigma and normalize talking about mental wellness in communities of faith. We’re providing resources that fit into a busy woman’s lifestyle through one-on-one and group support.”

Shaw herself is a certified mental health first aider, and she has also written an e-book that was just released, “The Build Up from Break Down,” which details her journey from her breakdown as a college student to rebuilding her life through faith and therapy.

You can learn more about Faitherapy and join the movement at myfaitherapy.com, where you can also purchase Shaw’s book.

The foods you should never eat

Susie Burrell, news.com.au| Source: The Daily Telegraph YOU may have heard this phrase… 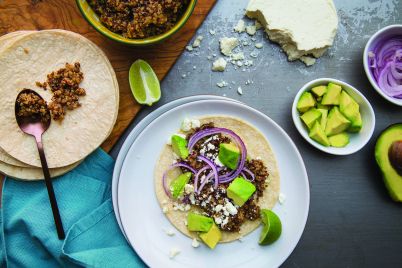 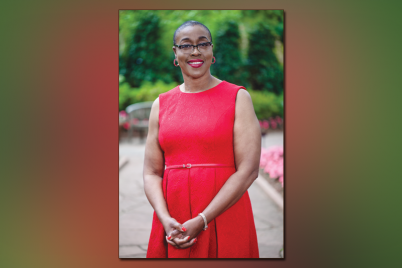