The installment, for journalists and community members alike, focused on community journalism at the micro-level, which is even more necessary in a time when many community newspapers are dying out.

“The Weekly Challenger focuses on St. Petersburg’s Black community, which is several small neighborhoods,” Graham explained, “and it really zooms in on those neighborhoods and takes these larger issues and breaks it down into how those issues affect the people within the neighborhood.”

For journalists to focus on the issues that ripple through the community, they must spend time in the community, get to know it, and do research to gain context. Context, conversation, and research are the three things that are crucial to community reporting, Graham stressed. 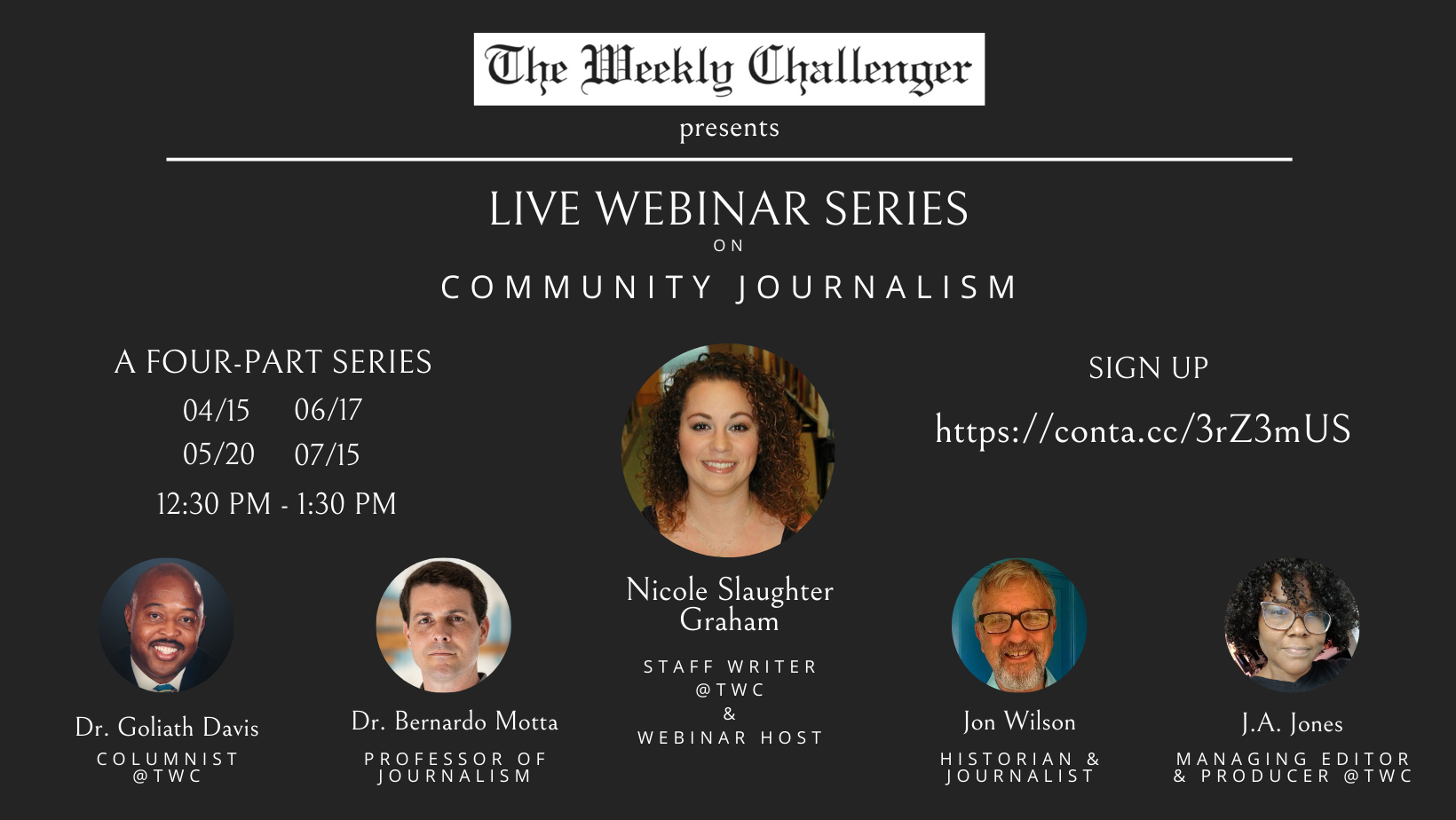 “Everything at the community level, at the neighborhood level, is influenced by context and history,” she said, adding that community members must be an active part of the community paper.

Davis said he aims to be informative, provocative and instructive in his columns because so many times, the “decisions made by the larger communities have a direct impact on the African-American communities, and we need to know just what those impacts are.” We also, Davis added, need to have an avenue for people to read about how their children and loved ones are excelling, as opposed to always reading about “the negativity that exists.”

Beats covered at the community level include education, politics, people, history, issues, op-ed/opinion, business, neighborhood news, and churches. Davis said it is vital to have multiple community voices in the paper, as he encourages everyone to let their voices be heard.

“The African-American community is not monolithic,” he said, “it is a plurality of varying opinions and attitudes and positions as it relates to different subjects and different issues that we face.”

At our inception 54 years ago, The Weekly Challenger was the Black community’s source of news when other mainstream outlets such as the St. Petersburg Times and Evening Independent would not report on the community due to Jim Crow laws and racism — except to report on crime in the Black community.

“The Weekly Challenger provided an opportunity for the community to really look at the holistic view,” Graham pointed out.

For community members, “the questions have already been asked and answered because they’ve lived the experience,” Davis averred. “They have the context, and they have the lens, and through The Weekly Challenger, they now have the vehicle by which to take those stories and those issues and to amplify them.”

As community papers tend to revolve around many of the same events and people, it is important to fend off a sense of complacency among reporters and look for fresh approaches and angles, Graham noted.

Board and community meetings are good things for young journalists to attend, Davis said, but when it comes to getting in touch with the community and listening, he also recommended visiting places like hair salons and barbershops.

“There’s a wealth of knowledge in those spots,” he said. “What’s important is knowing how the people on the street feel about the issues that are going to impact them…and those are great sources.”

The second installment – “Reporting on the History of a Community” — in our four-part series will be held virtually on Thursday, May 20 at 12:30 p.m. Guest speaker will be Jon Wilson, retired St. Petersburg Times reporter, co-author or two books with Rosalie Peck on St. Petersburg’s Black community, and the vice president of the African American Heritage Association of St. Petersburg. 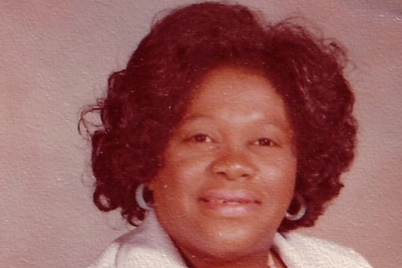 ST. PETERSBURG – Oradine Harris Willis Hudson went on to glory on May 14. The devoted…