ST. PETERSBURG – The June 24 decision by the U.S. Supreme Court’s to overturn Roe v. Wade rocked the country. Florida legislature previously tried to pass a six-week and 20-week abortion ban in 2021, and today’s vote nearly guarantees women in Florida will lose their right to choose.

Florida’s 13th Congressional District’s Rep. Charlie Crist shared, “We just saw the news that the U.S. Supreme Court has overturned Roe v. Wade. This is a gut check and wrenching day for women for reproductive freedom in our country. Without Roe v. Wade protection, radical governors like Ron DeSantis will try to outlaw abortion completely. Make no mistake. Governor Ron DeSantis is not on the side of women and reproductive freedom. Now more than ever, we need to fight tirelessly to protect the right to choose against this governor’s forthcoming attacks. The stakes in this election could not be higher.”

Crist, who is running for governor against Ron DeSantis, was given the Florida AFL-CIO’s endorsement today as the best hope to win against DeSantis. As of June 4, The Political Matrix/The Listener Group polls have Crist maintaining a slim two-point lead over DeSantis in the gubernatorial election.

Crist maintained that on his first day in office, he would sign an executive order using the full weight of the governor’s office to fight for and defend the right to choose.

“My executive order makes it clear that no Florida State agency will be able to restrict or prevent women from making decisions over their bodies, women of Florida and across the country. I am firmly on your side. And once elected governor, I’ll do whatever it takes to protect your right to make decisions about your body. The time to fight on behalf of all women is right now, and I’m proud to be your ally in this fight.”

The responses of local women in the community and leadership were immediate.

The decision rendered by the United States Supreme Court today is not a surprise. And unfortunately, it is just the beginning of the road that will lead the Court to dismantle and trample on the rights of not only women but every category of people who have been historically disenfranchised and marginalized. This Court does not appear to respect or endorse constitutional jurisprudence that truly embraces the concepts of equality and liberty for all.

In their decision today, the Court strips women of federal protection of bodily autonomy and subjects our bodies to total control by state governments. There is no substantive gender equality possible without recognition of our right to make decisions about our own bodies. The only way forward is to enact federal legislation like the Women’s Health Protection Act that will provide for abortion services and access nationwide.

This should further demonstrate the power of the vote. Rulings such as this and others yet to come reflect those in power and the lifetime positions of the Supreme Court. This sets us back decades. We must act with deliberate intention and create a greater value associated with our vote.

I’m sad. I’m frustrated. I’m ready to do all I can to get out the vote in a way that helps reverse this decision. Unfortunately, I believe that this is a devastating outcome for black women. It does not mean that sisters who have decided to terminate a pregnancy will not do so. It simply means that, as always, those who can least afford to have the procedure in a safe and healthy way will have the least access. It’s heart-wrenching to see women continue to have to fight to have a voice and control over their own bodies — especially lower-income women and, most especially, lower-income black and brown women.

I think it’s awful that a group full of men with no uterus can tell women what to do with their body.

I stand in the middle of the situation because I know of some horrendous stories that resulted in negative outcomes regarding birth. There will be many changes made based on this outcome. My greatest concern is whether our community is ready. As a city, are we prepared?

As a faith leader, I believe strongly in the sanctity of life. However, I believe the overturning of this 50-year-old right for women to choose what to do with the life in their own bodies occurs within a dangerously toxic political/cultural climate. The social and emotional consequences will cause further divisiveness. It is frightening to think about what other basic human rights will be challenged and defeated next. The arc that bends towards justice just got longer.

As I have reflected on the recent action by a majority of of the Supreme Court Justices, I am in some ways numb, and yet other parts of my being have shifted to a “watchful state”. It feels like open season for some,  whose primary goals are to find ways to intimidate and create walls of injustice. What’s next? I will not lose sleep over the potential list. My inner core is solid as steel! Don’t get caught up in the ‘maybe or might’ thoughts. Distractions are designed to keep our focus distorted. Focus on paying more attention to your priceless right to VOTE!  Be intentional about casting your votes. I stand on my faith.

When we allow government to remove the sovereignty of the individual to make medical decisions according to their own convictions, we are no longer free. The overturning of Roe v. Wade is an assault on all freedoms for all U.S. citizens. This is not a woman’s issue. This is a human rights issue. We must stand firm because more challenges to our freedom are sure to come. I love life, I love God, and I trust women.

Elections matter! Our lives are being dictated by a small, frightened minority who VOTE at every election, not just the presidential elections. Maybe the recent Supreme Court decisions will finally convince the majority that it’s time for more of us to become engaged in the political process. Without full citizen engagement, we don’t have democracy; we have tyranny.

The decision to overturn the 50-year constitutional right to legal and safe abortion in America is in stark opposition to the will of the American people, the majority of whom support Roe v Wade. Three of the justices who came to this decision were appointed by presidents that lost the national vote. Not only is this a crisis for women’s health and human rights, it is a stark example of the failing of our democracy and the prioritization of a conservative minority.

Removing access to safe and legal birth control options is a step in the wrong direction for health equity and justice for reproductive rights.

I think the decision to overturn Roe V Wade is unconstitutional, especially when I think of women or children that have been abused and are required to carry a pregnancy the entire term of their abuser. It is bad enough to say that women do not have the right to speak about what happens to their bodies but to allow such traumatic things to happen, and the government seems to say, “well, that just happened,” is not a good enough solution. I say leave it to the women to choose what happens to their bodies. Women who do not want to abort, then don’t do it.

It’s a reminder that despite decades of legal precedent, overwhelming support for access to abortion, and that more than one in four women will have an abortion in their lifetime, ultimately, those in power will do what they can to erode our civil and human rights. They do this to not only control our destinies and our potential but to try to weaken our ability to build coalitions with those who are fighting for other causes and issues. Make no mistake, this is just as much a class issue as it is a race issue as it is a sex issue.

For those who have previous experiences of disrupted choice, this ruling may be a trauma reminder. People may experience mixed emotions. Joy from the perceived religious or moral value alignment. Anger due to disregard for personal choice. Fear, due to potential slippery slope because of weathered regard for personal sovereignty, or a range of other feelings because of a range of other reasons. Inclusive of all identities, perspectives, and feelings on this ruling, everyone is having feelings. It is important that we apply radical compassion and care as we navigate these terrains.

This was never about babies or life; unfortunately, this ruling is not surprising. Our nation’s story is rooted in maintaining a system where those who hold power can control the bodies of those with less power. Throughout our history, anytime progress is legislated supporting justice in regard to this, a backlash soon follows that drags us all back. Anyone who is negatively impacted by the system will have to listen to those most negatively impacted. We have to come together across differences if we hope to make any progress.

The criminalization of the right to choose will impact Black, brown, and poor birthing people at alarming rates. Rich white people will always be able to legally access abortion. Access to reproductive healthcare has always been a racial justice issue.

The overturning of Roe v. Wade and the opinion issued by Justice Alito is disempowering and will have a tremendously negative impact on the country. This decision further exacerbates the conditions that contribute to the development of depression, anxiety, and trauma among women. The decision appears politically motivated. To be clear, this is not about the babies. The death rate across America was the highest it has been in over 100 years during COVID-19. Losing so many Americans has been almost catastrophic to our economy. We’re seeing hard hits in multiple sections of our society. This in addition to the birth rates being low. In considering this, one has to wonder — why now? 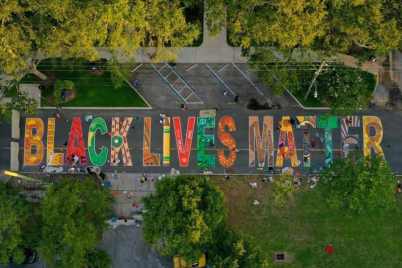 Photo courtesy of the City of St. Petersburg By Brittanye Blake, Contributor ST.… 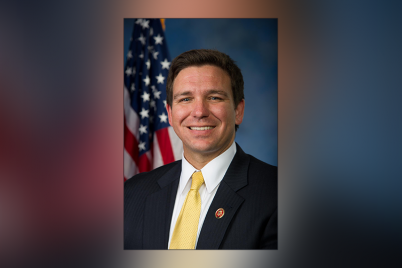 Opinion leads warn DeSantis about going too far in defending Trump, saying it will ruin…

Gov. Ron DeSantis has long claimed that Florida is the freest state, yet his words,…