Dr. Paul McRae, affectionately known by the neighborhood and his classmates as “Butch,” passed away Friday, Sept. 13 in St. Petersburg.

Butch grew up with the rest of us on 16th Avenue and 32nd Street South in the home of whom everybody called “Aunt Ruth” McRae. As such, Butch grew up in what we called the “Bear County” area of south St. Pete along 31st Street east and west of 15th Avenue South to 26th Avenue South.

Dr. McRae was widely known as a scholar and brilliant academician from his elementary and high school years at St. Petersburg’s historic African American Gibbs High School. His legacy was a continuation of the institutional and historic McRae Family, who were owners of McRae’s Funeral Home and his uncle Don McRae was a retired colonel and St. Petersburg’s first African-American city manager.

He graduated from Gibbs High School and matriculated into Michigan State University and Meharry Medical College. Subsequently, returning home, he opened his medical office as a practicing gastroenterologist.

As a gastroenterologist, he exemplified W.E.B. DuBois’ concept of the “talented tenth” and reciprocal causation in the city of St. Petersburg.

DuBois’ concept encouraged HBCUs, through higher education, to cultivate and develop an exceptional class of leaders of the ablest 10 percent of black Americans to prepare them to return to their communities as doctors, lawyers, civil rights leaders, preachers, educators, politicians, agriculturists, etc.

Dr. McRae fulfilled DuBois’ theory with the establishment of his medical practice, which marked the expansion and furtherance of the St. Petersburg African-American middle class. He influenced those inside and outside his medical network to consider practicing medicine in St. Petersburg.

In the tradition of the eminent McRae family, Dr. McRae became the first African-American chief of staff of Bayfront Medical Center in its 100-year history. His tenure as chief of staff empowered him to utilize his presence to uplift, encourage and set a visible tone of racial progressiveness, which magnetized the medical skills and talents of a generation of doctors who have chosen St. Pete as their home.

It goes without saying that all of us living in the Bear County neighborhood admired our brother who internalized within all of us to prepare ourselves to one day make a difference in our community in our own activism!

Dear Editor: It has been over a decade since two African Americans have served on the St.…

Dear Editor, The closing of Walmart has shined an even brighter light on the… 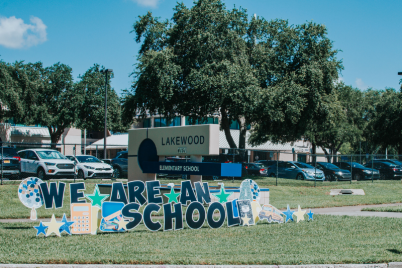 Response to ‘The miracle at Lakewood Elementary’

Gov. Ron DeSantis stopped by Lakewood Elementary on Aug. 12 to deliver $1,000 to the…