ST. PETERSBURG — Black Power 96.3 FM, south St. Petersburg’s own Black community radio station, has announced the appointment of Eddie Maultsby Jr. as its new station manager. This marks an important step in the station’s growth as it begins to re-open its studio doors to new volunteers following a period of limited indoor traffic instituted to protect the community during the COVID pandemic.

Maultsby Jr began volunteering with Black Power 96 in 2018 as the live host of “Good Morning Gospel.” He added the lunchtime “Midday Cafe” to his repertoire, featuring blues and southern soul, followed by “Smooth Grooves” on Fridays from 5-8 p.m.

He created the station’s “Local Going Global” contest that gives radio exposure to unsigned artists. Musicians are invited to submit their music, then every Friday at 5 p.m., Maultsby Jr plays the tracks and invites listeners to vote for their favorite song.

The winner receives frequent airplay, promotion on the station’s website and social media, and an invitation for an on-air interview.

Hundreds of votes are counted each week, most from St. Pete but also from listeners as far away as New York, California, Africa, and the Middle East who tune in through the station’s mobile app and web stream. The “Local Going Global” shows how a small community radio station can help local artists find a worldwide audience.

In 2020, the benefit show had to go virtual because of the COVID closures, so Maultsby expanded the musical genres included in the show, recruiting artists from around the country — gospel, R&B, southern soul, and hip-hop — to donate their performances to the virtual event.

This year, he booked the legendary Gerald Alston of the Manhattans to headline another virtual benefit concert.

Maultsby Jr’s life story is woven into the fabric of St. Petersburg’s Black community, especially that of the gospel and faith traditions. He has touched and been touched by many.

At 11, he was diagnosed with a rare disease that eventually left him completely blind. Doctors predicted that he would not live past the age of 15.

His father, Eddie Maultsby, Sr., managed the gospel singing group “The Florida Spiritualaires” for more than 20 years. When young Eddie expressed his desire to follow in his father’s footsteps, his father joined forces with the Rev. Fleming Tarver, who was working with his own son, Troy, forming a singing group, and they created “Eddie and the Wonder Boys.”

When Maultsby Jr turned 20, he began to earn a living on his own in downtown St. Pete, where he became a street performer, playing guitar and singing. For over three decades, this talented member of our community entertained and inspired generations of residents and visitors.

Today he brings that same creativity and love of the Black community to the radio airwaves at 96.3 FM. WBPU Black Power 96 is a project of the African People’s Education and Defense Fund, a nonprofit organization whose mission is to address the grave disparities in health, healthcare, education, and economic development.

With Maultsby Jr at the helm and a dynamic music and public affairs programming lineup, Black Power 96 stands strong in carrying out that mission and uplifting the Black community.

To see the full programming schedule, submit your music or sign-up to volunteer, visit www.blackpower96.org. To make a music request, send a shout-out to family and friends, or congratulate Mr. Eddie, call WBPU’s request line during his live show hours at 888-979-2796 (BP96). 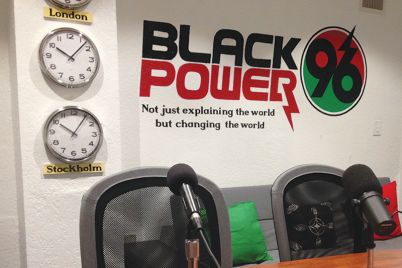 ST. PETERSBURG — Sat., Feb. 18, the community is invited to celebrate the launch of… 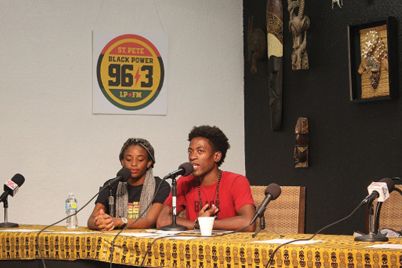 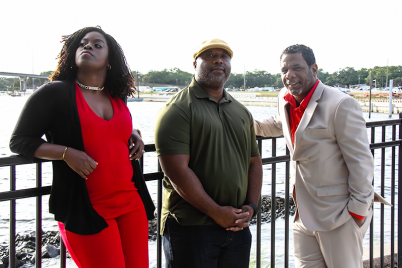