Toni Morrison sadly passed away Aug. 5, but her literary genius will live on forever etched into the American ethos. In 1993, she became the first African-American woman to win the Nobel Prize in Literature for her novel Beloved.

She was an author, historian, professor, and a genius. Morrison’s death was a loss for the entire world. She died from complications of pneumonia.

During the height of her fame, she was the Robert F. Goheen professor for the Council of the Humanities at Princeton University. My daughter, Dr. Ladee Hubbard, also an author, was fortunate enough to have had Morrison as her senior advisor at Princeton.

She was a helpful, caring and concerned advisor who continued to mentor her throughout graduate schools and the publication of her first novel. For this, I am personally grateful.

In an opinion published in the New York Times on Aug. 9 shortly after her death entitled “The Last Great American Novelist,” columnist David Leonhardt wrote:

“Toni Morrison…was a great American novelist who was also a Great American Novelist. This means she had a special form of celebrity, an oracular status, and also that she was embraced by the tradition that regards novels as keys to interpreting America — insisting that you must read Morrison (and Ellison and Wright and Hurston) to understand the black experience, just as you must read Hawthorne and Melville to understand the legacy of Puritanism, or Faulkner or Cather to understand the South or West, and so on down the high-school English list.”

Morrison was the author of 11 novels and several children’s books, often co-authored with her son. She also published essay collections.

She made expressing the black experience in America her life’s work and a gift to her readers. What an amazingly gifted body of work it is. The following is a list of some of her most popular works:

It is a difficult, haunting, intense, intellectually challenging, and a deeply emotional work that insists the reader make a sincere effort to comprehend the absolute horror of slavery. For black people, Beloved is especially painful because Morrison is able to translate our collective suffering, especially as mothers, into such beautiful prose.

God Help the Child, published in 2015, is uniformly dark and ultimately, as all her works do, leads the reader to examine the circumstances of racial oppression. This oppression often leads black Americans to examine their souls and deeply call upon their inner strengths. This inner calling must be done to prepare for survival in an unwelcoming society and without solace, except for that given by other black people.

Morrison’s genius was her ability to genuinely make the reader feel the experience of being black in America. She was relentless in proving the point that the black American experience demonstrated the hypocrisy of the country’s idea of universal freedom and happiness for everyone who lives here.

Slavery based on color was wholeheartedly afflicted upon black Americans. Before making this abominable institution about a person’s skin, both black and white people had been among the class of indentured servants.

People of color have always defined the supposedly orderly transition of American democracy. Black people have always refused to be left out of this definition of democracy, and as if to prove it, they instigated slave rebellions, continually resisted, fought valiantly for freedom during and after the Civil War, during Reconstruction, through the Jim Crow Era to the Civil Rights Movement to the present.

Morrison never hesitated to call out America for its grave injustices against black people. She never recoiled from the painful effort of making her readers see and feel the results and ramifications of this inequality. She was clearly a “drum major for justice” as Dr. Martin Luther King, Jr. defined them. 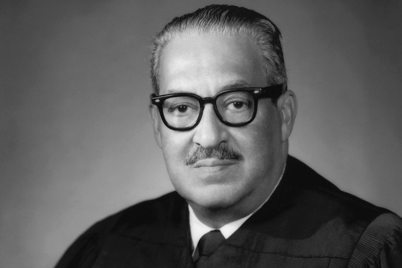 Justice Thurgood Marshall: A lion of the law 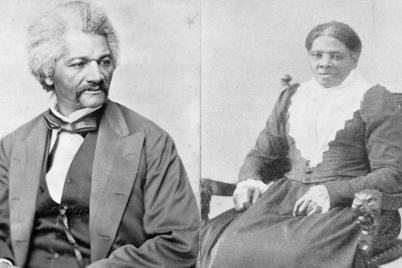 BY JENNIFER GAMBLE-THEARD, ASALH Historian Why is history important? Some may feel that… 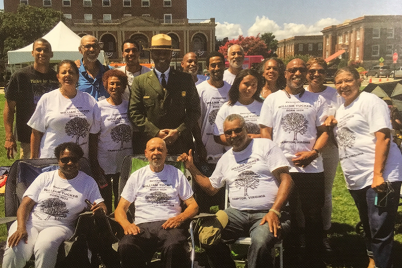