No matter who you are and no matter what position we hold in society, there will come a time when the challenges of life surface and the real person will appear for good or evil. The Word of God, which I live by daily, says in Ephesians 6:13: Wherefore take unto you the whole armour of God that you may be able to withstand in the evil day, and having done all, to stand.

These are some evil days here in St. Petersburg, and somebody needs to stand for righteousness in the face of the disgusting conflict between the city, the mayor and the St. Pete Housing Authority (SPHA).

The city is full of churches, pastors and Christians who have the spiritual power to pray and rebuke Satan in the name of Jesus. Faith without works is dead. Just about every person who has something to say about SPHA is a Christian and knows about the power of prayer and the Word of God.

We need to speak truth to power and pray together for solutions rather than rehearsing the problem over and over again. I’m taking a bold stand, not against flesh and blood, but against spiritual wickedness in high places.

Those of us who are in tune with the Holy Spirit knows that it’s not about the mayor, persons on city council or the CEO of SPHA. It’s about us, praying for a solution that can only come from God at this point. All of our St. Pete leaders need our prayers, now, for humility and unity rather than only seeing things one way.

The main thing needs to be kept the main thing, which is the restoration of the displaced residents of Jordan Park and providing decent, affordable housing for its residents. All other discussions are counterproductive, and I rebuke it in the name of Jesus because there is power in that name. Demons tremble at the sound of the name Jesus.

Admittedly, there have been errors made by all the main players. The truth will rise to the top shortly because we reap what we sow and there is nothing done in the dark that will not be revealed in the light. So let’s pray and forgive all who have sinned and come short because forgiveness is a much needed ingredient of love right now, in Jesus name. Amen. Now watch how God moves and changes everything!

The following letter was sent to Mayor Rick Kriseman on April 12.

My recent email request for a meeting with you on yesterday, April 11, has not received a response from you, even thou an automatic response of receipt of the request was made. Therefore I will share with you my two concerns in this letter.

First, I voted for you Mayor Kriseman and have been supportive of you since being in office. My letter of appointment to the St. Pete Housing Authority, September 19, 2016, from you was a surprise because I did not campaign for this awesome task. You congratulated me on the appointment and thanked me for my commitment to serve. This is what I have done with dedication and honor to help provide decent and affordable housing for those eligible citizens of St. Petersburg.

We had a telephone conversation on January 31, 2019, at 11:35 am, which I initiated, because I wanted to know from you, rather than rumors, what was your position on my reappointment to the SPHA. I asked you, “Are you going to reappoint me to the SPHA?” Your answer was, “Yes, as far as I know.”  Since that date until today April 12, 2019, I have not heard from you at all, but have read defamatory statements in the Tampa Bay Times about me quoted from you, Mr. Mayor. Also, there have been statements printed in various social media of your intent not to reappoint me to the Board of Commissioners and a letter from Attorney Jay Walker who represents SPHA stating I would not be reappointed. I am deeply hurt by this means of communication to me of your intent rather than communicating with me directly as was done for my appointment. I had a much higher level of appreciation and respect for you than what has been shown me in the recent past. My integrity and forthrightness as a man of God does not allow me to do what you have accused me of doing and you know that.

I am requesting that you publicly clear my name of all the negative comments you made about me regarding my performance as Housing Commissioner for the following reasons:

My prayer is that whoever knew about these things that were not brought before the Board, confess and help clear my name and other Commissioners who have been wrongfully accused. Also, I hope that the confusion between the SPHA and the Mayor be rectified because it is the RESIDENTS WHO HAVE SUFFERED THE MOST in this ungodly mess. All of the appointed and elected officials must keep the interest of the people first, or all else fails. 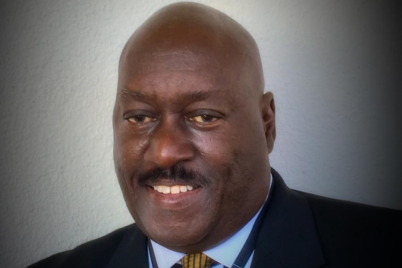 Where have all the black-owned businesses gone? 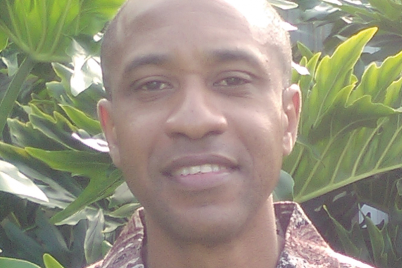 Dear Editor: As many of you know, there has been a push in many areas of the…