‘Being ready to face a natural disaster may be the difference between life and death when it unexpectedly hits,’ said Robert Hendriks, U.S. spokesperson for Jehovah’s Witnesses.

The Gallatin, Tenn., residents leave nothing to chance when it comes to their family’s safety. “It’s important,” said Esli. “It can be the difference between life and death.”

With extreme weather events escalating in frequency and severity in recent years, experts urge families to plan ahead for natural disasters. Ready.gov, a FEMA website, recommends putting together a “collection of basic items” to last for several days, including food, water, a change of clothes, cash and a flashlight.

The Pinos also rehearse scenarios like taking shelter during a tornado or escaping a flood or fire.

“We practiced opening our windows and climbing out,” said Lily, 16, of a recent fire drill. Once they’ve climbed to safety, the littlest Pinos — Isaiah, 9, and Elise, 8 — know to meet at the veggie-shaped “broccoli tree” near their double-wide trailer home.

The Pinos credit regular disaster-preparedness reminders through their congregation of Jehovah’s Witnesses and on the Christian organization’s official website, jw.org, for helping them to keep at the ready.

“Being ready to face a natural disaster may be the difference between life and death when it unexpectedly hits,” said Robert Hendriks, U.S. spokesperson for the Christian organization. “We can’t just say life is precious; we need to live it. That’s why the Bible’s advice to take practical steps to protect ourselves and our families from danger make so much sense — even if threats seem far off.”

Until recently, Colorado couple Michael and Crystal Brook only thought of wildfires as a threat to those high on the slopes of the Rockies — never imagining that their suburban home in the foothills would be at risk.

Still, heeding advice to expect the unexpected, the Brooks assembled go bags, utilizing tips from the jw.org article “When Disaster Strikes — Steps That Can Save Lives.”

Last December, their efforts paid off when the Marshall Fire, a record-breaking inferno fueled by drought conditions and high winds, ravaged homes and businesses in Boulder County.

As flames leaped across the interstate highway near their home and billows of smoke darkened the midday sky, the Brooks grabbed their go bags, along with pillows and stuffed toys, to help keep 6-year-old daughter Annastyn calm amid the chaos of evacuating their community.

Michael recalls the panic within the community. “They didn’t know what to do,” he said.

Though the Brooks’ house sustained only minor smoke damage, and their go-bags went unused, the couple feel being prepared helped them remain calm and act swiftly under pressure. “Having the go bags made things simple,” said Michael.

“These days, anything can happen anytime, anywhere,” added Crystal. “It’s good to be prepared.”

In flood-prone Louisa, Ky., Brandon and C’onia Fitch made preparing go bags a fun activity for kids Nolan, Gavin, and Stella, letting them pick out their own bags and add their favorite toys and nonperishable snacks.

“Everyone in the family had a role in preparing the bags,” said Brandon. “They know what’s in them, and they know where to find them.”

The importance of being ‘go bag ready’ was put to the test last year when floodwaters surrounded their home in rural Appalachia.

In pitch darkness and with freezing water rising steadily in their home, the Fitches loaded their go bags — and Princess Pickles, 6-year-old Stella’s beloved guinea pig — into the family car and drove to higher ground.

By morning, four feet of muddy floodwater had devastated the Fitches’ home and brought into sharp focus the true value of their efforts to prepare. 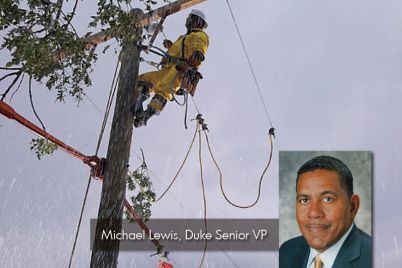 BY STEVE TRAIMAN, Contributing Columnist ST. PETERSBURG – Although the official… 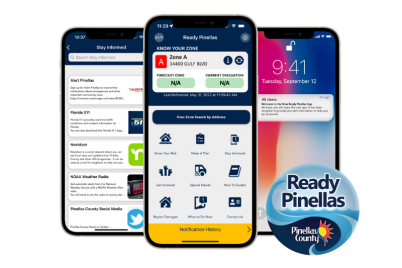 By Lauren Schwahn | MarketWatch A disaster can hit when you least expect it. “It…