“God is blessing me to be a generational changer,” said Coach Arron Prather.

ST. PETERSBURG — At the heart of Admiral Farragut’s successful girls track and field team is one man, mentor, and coach who embodies the impact that one teacher can have on his students.

“He’s done so much,” said Charles Nelms about Coach Arron Prather. Nelms’s daughter Faith graduated from Admiral Farragut three years ago but still keeps in close contact with her former coach. “He prays with the kids, he talks with them, encourages them, he just does a whole lot with the kids.”

Prather, who has been the track and field coach at the school since Jan. 2016 for male and female students in the sixth through eighth grades, has quite the impressive backstory leading up to his position at the private college-preparatory school, which admits children from pre-K all the way to grade 12.

He recalled how growing up in New Jersey he initially pursued an athletic career because he saw it as a way out of poverty. As a young man, an influential coach in his life stepped in to help him pursue his goal, gifting him $1,500 to relocate to Florida and train. 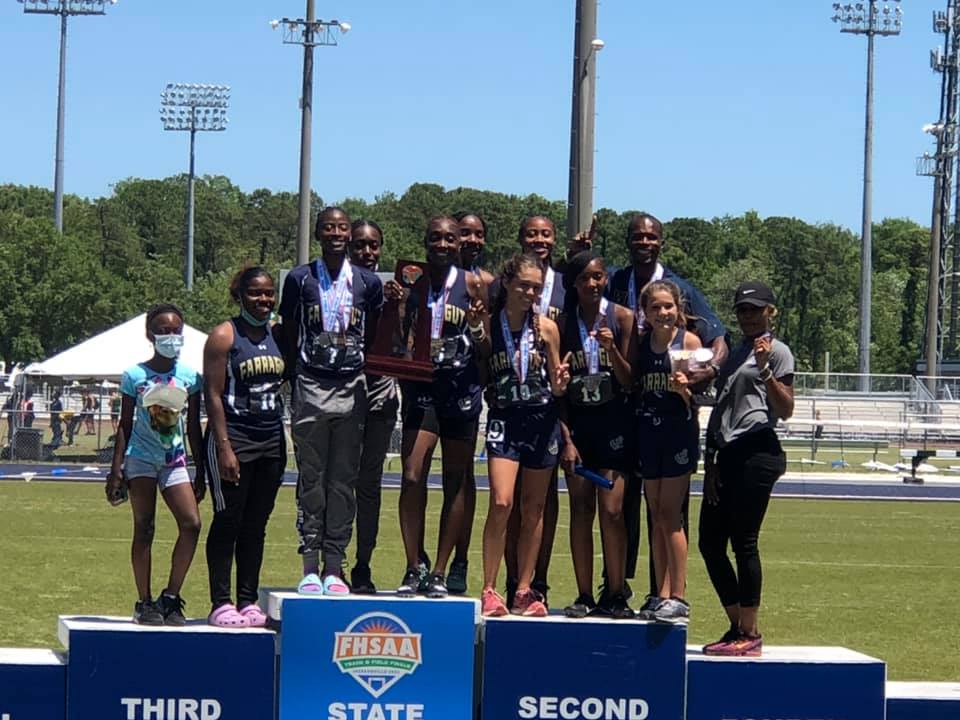 At the State Championships in Jacksonville earlier this May, the Bluejackets placed first in the 1A Division, with multiple girls on the team also placing individually in various competitions.

He held fast to his plan and trained hard, including with big names such as Roy Robinson, 1972’s fastest man in the world. He was even an Olympic hopeful for the 200-meter race in 1996 and had already landed a considerable sponsorship from Anheuser Busch brewing company to wear their logo in the U.S. Olympic Trials should he advance.

But a month before the Olympic Trials and roughly 25 meters from the finish line during training, his plans would abruptly change forever – a leg injury to his hamstring would begin the unraveling of this dream.

“Years later, God says to me, ‘If I’d have gave it to you, I would have lost you,'” recalled Prather. “Because I wasn’t really thinking about helping kids at that time. I was thinking about traveling and making money.”

Having taught as a substitute while pursuing his Olympic goals, Prather transitioned into teaching. He taught at multiple Hillsborough County schools, including Sligh Middle School and Brandon High School. He also coached at the University of South Florida for a time, training numerous future NFL players. 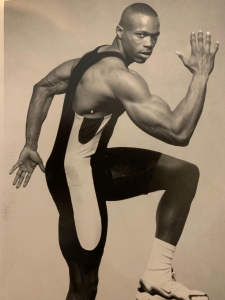 Coach Arron Prather in his prime.

Now, he uses his athletic talents to give back to young athletes with aspirations as ambitious as his own. At the State Championships in Jacksonville earlier this May, the Bluejackets placed first in the 1A Division, with multiple girls on the team also placing individually in various competitions.

And while at one time being an Olympic hopeful, now training future collegiate and professional athletes, and most recently winning a state championship can be considered high achievements, the unobserved day-in, day-out work that Coach Prather does for his students seems to make just as much of an impact.

“I’ve seen Coach Prather take a kid and help get him into college; help pay for his room and board, traveling, taking kids all over the place,” said Nelms.

Nelson “Trae” Wilson, whose daughter Tytiana is on the winning team and also placed in two different individual competitions at the state championships, also speaks of Prather’s actions that go beyond his job description.

“He drove the kids to State by his self,” said Wilson, noting that Prather commanded the large school bus that transported the team. “I have never seen or heard of that.”

Tytiana’s mother, Roxanne Wilson, who describes Coach Prather simply as a “man of faith,” mentioned that he even holds a bible study for his students every Wednesday.

And his influence continues well past the high school experience.

“We had the first African-American girl from Farragut get a full scholarship to West Point,” said Coach Prather, speaking of a $450,000 sports scholarship a student received last school year.

This year, one of his students became the first African-American male to receive a full-ride sports scholarship to West Point, also known as The United States Military Academy. The university has a slim 12 percent acceptance rate.

His athletes have also been accepted into numerous Ivy League universities, such as Princeton, Stanford and Duke.

“I can honestly say, every kid that was a part of my track team in the last…definitely the last two years that wanted a track scholarship was able to get pretty much a full scholarship,” said Prather.

He describes the role he gets to play in helping his students secure scholarships and consequently secure their futures as being the most fulfilling aspect of his job.

“God is blessing me to be a generational changer,” averred Prather.

With a coaching record as successful and impactful as his, this statement indeed tracks.

Teddy Bridgewater happy to be a Saint

By MARLENE LENTHANG FOR DAILYMAIL.COM A Buffalo Bills player was left with a bloody head…