ST. PETERSBURG — Tuesday’s night program of the Black Men and Boys Week was a community discussion held at USFSP entitled “More Than a Statistic: The Plight of Black Men & Boys.”

Dr. Christopher Warren, project coordinator of Figuring It Out for the Child (FIOC) in the Family Study Center at the University of South Florida-St. Petersburg (USFSP) and a myriad of local and nationally recognized speakers kick-started a discussion throughout the city addressing misconceptions and stigmas surrounding young black males.

The presentation discussed the issues regarding black men and boys in relation to conscious and unconscious biases within learning and employment opportunities and ways in which the community can change the situation. 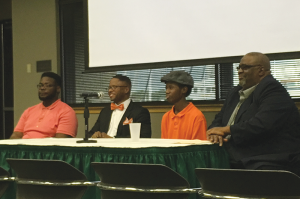 Four-panel members, Javaris Green, Kasamba Kokahyi, Kim Townsend and Roderick Cunningham shared the struggles and hardships that they are facing and witnessing as African-American men and boys in Pinellas County.

“In Pinellas County, there is a special brand of oppression. It is unspoken and reflected in the school system. We share a lot of national issues, but of course, there are some issues that are special to St. Pete because of community and racial dynamic,” Warren said.

Warren also mentioned that one of the most common labels used within the school system is “at risk.” “You’ve taken an entire group of kids and told them to their faces that they don’t have a future where they are right now,” he said. “These young men don’t see themselves at risk for anything, they see themselves unsupported and unloved.” 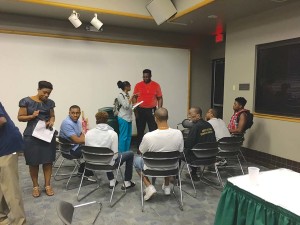 Warren said that youth crime intervention is the ideology that becomes very prevalent when addressing black boys. He added that there were young men telling him that they were sick and tired of being asked to be in the crime intervention program when they have never done anything wrong.

The panel said that they see how the education system is defeating African-American schoolboys. Some teachers have less academic expectations on black students, while other educators label them causing bad classroom behaviors.

“One of the reasons why African-American young male and children in general are labeled ‘at risk,’ is because people who are labeling them aren’t really with them all the time,” Kasamba Kokahyi, a 16 year-old senior at St. Petersburg Collegiate High School, said.

“They only look at some data and correlate that a bunch of people from this neighborhood have ended up in prison.” He added that there are usually more police officers patrolling around the schools in the “at-risk” areas.

Warren said that through a critical dialogue, he really wants to make an impact. “Let’s build and let’s heal, and do what we need to do to heal our community,” he urged.

The week-long event was sponsored in part by the University of South Florida, St. Petersburg, Johns Hopkins All Children’s Healthy Start and other organizations

Related Stories – Previous: Black Men and Boys Week | Next: How Can I Be a Better Dad… 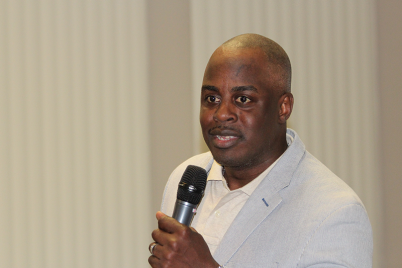 The importance of black men mentoring 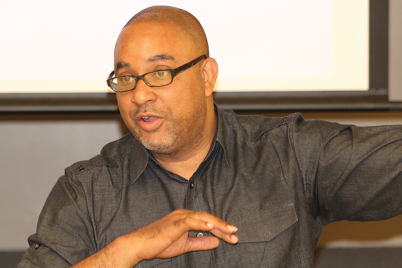 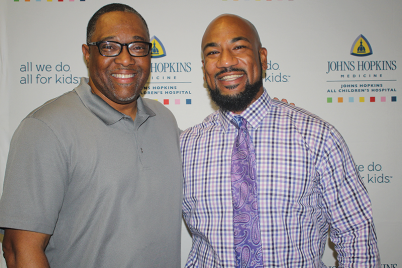 How can I be a better dad: Child engagement strategies for fathers