Moderating the conversation was Stetson University Professor Judith Scully, who stated the goal for the evening was to walk away with some solutions to help steer young people away from the criminal justice system. 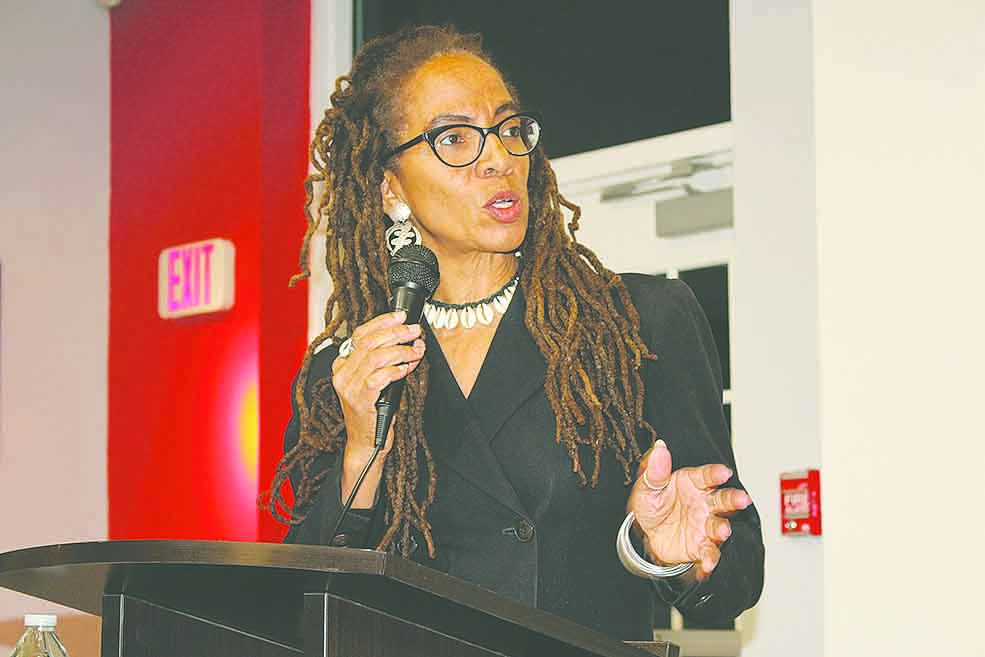 Starting off by defining the school-to-prison pipeline, Flowers said when a student is not able to receive the education or skill sets they need in order to communicate and move about culturally, economically and socially within the community, they will fall behind, become discouraged and are likely to dropout.

“When you don’t have that education—even McDonald’s wants that high school diploma—it’s very difficult to compete,” said Flowers, adding that without an education it is very difficult to provide for a family. “We all know minimum wage does not cut the mustard or the cheese, so those individuals sometimes refer to unlawful activities.”

Children who are not doing well in school often have behavior problems, which Flowers insists that teachers, principals and guidance counselors should address, not school resources officers.

Students cannot be immediately suspended. An area superintendent must be informed and explained why this child should not be in school learning. The superintendent will be briefed on all the steps taken before suspension is considered.

If a child must be removed from the classroom, instead of out of school suspension, the student will be sent to a credentialed educator and taught their lessons separate from their class.

“Yes, in the past there were issues, we still have some because it takes time to change the mindsets and the modality when it comes to behavior,” she said.

Scully noted that in 2015, it was reported that black students, who constituted 19 percent of the population in Pinellas County Schools, were 59 percent of all student arrests. She questioned what the school board is doing to address racial disproportionality?

Flowers said the county is in the process of putting in additional professional development components and cultural responsive training for their teachers and leadership teams, which will help bring those numbers down. Already, there has been a reduction in suspensions and referrals.

She also said the county is recruiting from historically black colleges and universities so that the teacher looks like and understand the community they are serving.

“It’s not just one modality that will change it. It’s continuous professional training.”

When a child does enter into the system, Fuller said their goal as probation officers is to keep the child in the community and utilize community-based resources to rehabilitate the juvenile in the home.

“We work with juveniles at every aspect from intake through residential commitment,” said Fuller, noting that the Department of Juvenile Justice (DJJ) works in tandem with community stakeholders who are service providers. They use evidence-based researched assessments to identify a child’s needs and find the appropriate services either through the department or through contract providers.

Since studies have come out that indicate trauma experienced by children at an early age disrupts brain development and can result in erratic behavior, all DJJ officers are trained in trauma-informed care for youths and family as well.

“We treat every youth that come into the system as though they have been through some kind of trauma, making sure not to create any more trauma for that youth,” said Fuller, adding that they are not law enforcement and are there to help and guide.

Scully informed that there are 14,000 children in Florida that have been prosecuted as adults, some as young as 10. In 2016, Pinellas transferred 100 cases from juvenile court to adult court.

McCabe explained that discretionary transfers start at age 16 and prosecutors must go in front of a judge to transfer anyone under that age.

“My philosophy, which some people don’t agree with, is that I think transferring a case to adult court with somebody with a serious record or someone who has created a serious crime, gives the judge more options.”

Noting that 78 percent of the juveniles prosecuted as adults are either black or Latino, Scully wanted to know what the racial composition of the juvenile population being direct filed in the county is.

“I have no idea,” said McCabe, to disbelief from the standing room only crowd.

“No, if somebody told me this case was transferred, I’d have no idea what the race of defendant was. I suppose I could be stereotypical and look at the name and say that sounds like an African American … but we don’t do that. The race of the defendant plays no role in the decision-making process of who goes to the adult court … If you find people that are in the exact same situation—be they white, black or green—they are going to be treated the same.”

“The cases are coming from the community that is largely African American,” said McCabe. “Now, I take what comes in the door, I don’t go out and find it.”

McCabe’s comments didn’t sit well with the room. Audience member and panelist at the community conversation activist Ashley Green said, “A clear solution coming out tonight is that we need to elect a new state attorney. Bernie McCabe ran unopposed in 2016. He doesn’t respect you enough to have data in a conversation in our own community. He doesn’t respect you enough to have objective standards and criteria for direct filing by his own omission,” she stated.

Miller explained the benefits of keeping the child in juvenile court. She said if the offender is charged as a juvenile and is able to stay in juvenile court, he or she is never formally convicted of a crime. At worst, the child is adjudicated delinquent, “which just means a bad kid as opposed to a felon.”

As long as certain conditions are met, their record will be sealed.

“That doesn’t mean that your juvenile record won’t haunt you later,” Miller said. “You can have a juvenile adjudication of delinquency of a felony charge and that felony charge can be used against you as an adult.”

Sherriff Gualtieri spoke about the countywide Habitual Offender Monitoring Enforcement (HOME) program and how it was created to “deal with the kids who are the worst of the worst.” These juveniles have committed so many felonies that they are considered prolific offender.

Local law enforcement agencies started the HOME program because, in Gualtieri’s opinion, DJJ is underfunded, underequipped, understaffed and cannot provide the level of supervision for the offending youths.

“What works is intensive case management and intensive supervisions and letting them know that there are consequences,” he said.

With the HOME program, law enforcement will visit the home four or five times a day, morning, noon or night. He admits, however, that enforcement is not a solution. A task force was created to identify if any more programs or funding is the answer.

“What we found out that we have plenty of programs and resources but the kids are not engaging in the programs because the parents aren’t,” he averred.

Chief Holloway spoke about the Second Chance Program, which has a 94 percent success rate. If a child is arrested on a nonviolent misdemeanor, they are made to do community service and sit with a counselor for two hours to determine their issues.

“There is no court record; it stays with the police department,” he said.

Scully encourages everyone to check out noplaceforachild.com to get the facts on direct filing and find out how to stop prosecutors from sending juveniles to adult courts. 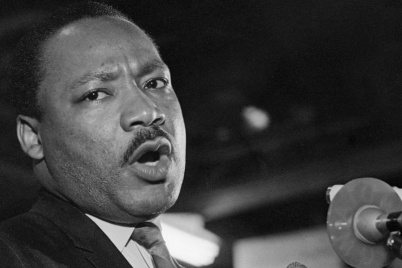 Dr. Martin Luther King, Jr. giving his last speech in front of a packed church in… 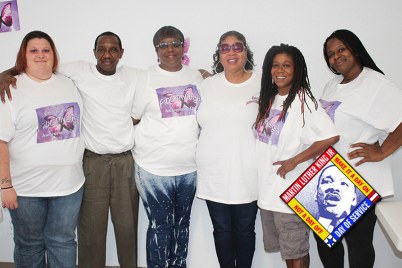 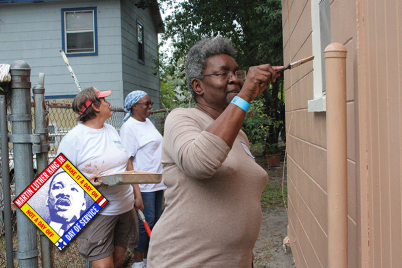 Sprucing up the neighborhood