Gwendolyn Reese and Jon Wilson were presented keys to the city of St. Petersburg for their commitment to preserving, writing, and telling a history of the Sunshine City from a perspective that is often overlooked.

Both heritage association leaders received keys to the city as their family members watched from the audience.

Deputy Mayor Dr. Kanika Tomalin introduced Reese and Wilson, stating that the two had made an “indelible impact on the Sunshine City” as a result of their commitment to preserving, writing, and telling a history of the city imbued with truth and inclusive of “too often excluded perspectives.” 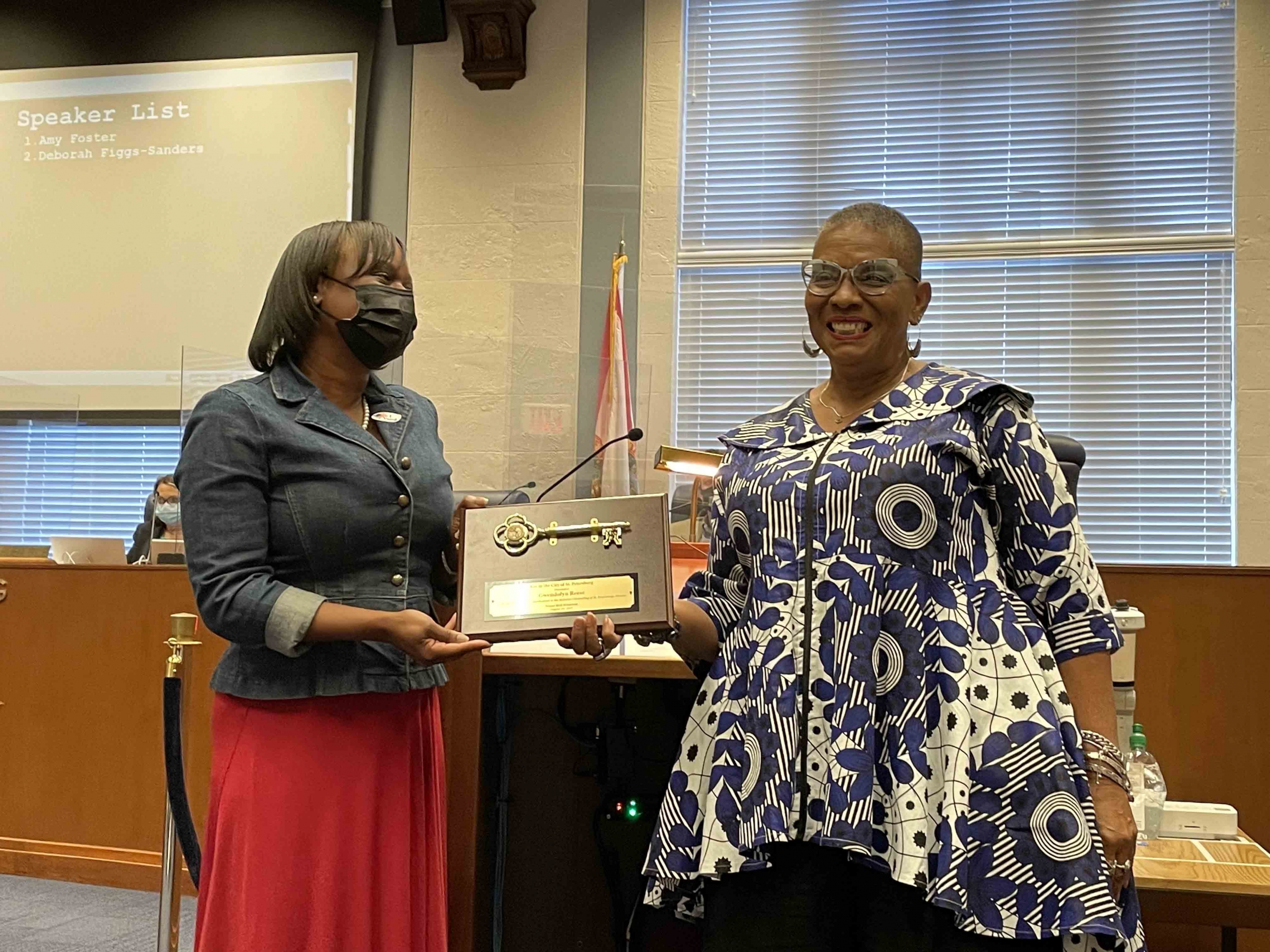 Deputy Mayor Dr. Kanika Tomalin presenting Gwendolyn Reese with the key to the city on Aug. 19.

Tomalin then introduced a video from Mayor Rick Kriseman, who noted that the recognition of the impact Reese and Wilson have had on the city was “long overdue.”

“You’ve told the stories of our people, past and present in an impactful way. You’ve moved us closer to our vision of being a city that honors our past as we pursue our brightest future,” Kriseman said in the recording.

Tomalin then invited Reese up to the podium and spoke of Reese’s lifelong commitment to bettering the community through education, mentorship and consulting, leadership, advocacy, and storytelling. Reese’s commitment to service still reigns strong, Tomalin said, as the heritage association president is currently serving as a leader on a task force focused on the equitable redevelopment of Tropicana Field.

“[Reese] stands as a voice of reason, wisdom, accountability, and insistence on that which is right for the people most affected in ways most overlooked.”

Referring to Reese as a “change agent, mentor, and role model,” Tomalin also took note of Reese’s dedication to her family and other recognitions the historian has received.

“It is impossible to stand in her presence and not stand straighter,” Tomalin said.

Upon receipt of her key, Reese thanked the city council for unanimously passing the resolution declaring racism a public health crisis and acknowledged her family’s presence at the meeting despite the pandemic. She then stated that she couldn’t think of any other administration under which she would have wanted to receive the key.

After words of gratitude and affirmation for Reese’s contribution from council members Amy Foster, Deborah Figgs-Sanders, and Ed Montanari, Tomalin presented Wilson with his key.

She started her remarks by stating that Wilson does the right thing and inspires others to do the same no matter what. In his 40-year career as a journalist, she noted that Wilson reported on the city’s people — all of its people—with “accuracy and fairness.”

Though there are many contributions Wilson has made over the years that strengthened his candidacy for the mayor’s highest honor — his work as a journalist, his commitment to health and mentorship, his consulting work — Tomalin remarked that it is his commitment to the city’s history that stood out most.

“We pay particular attention to [Wilson’s] longstanding partnerships with Ms. Reese, with historian Rosalie Peck, and others in the chronicling and preservation of St. Pete’s history, with special regard for its African-American history.”

The weight and effect of Wilson’s work shone through Tomalin’s speech as, voice cracking, she thanked Wilson for “telling St. Pete’s stories—all of them—with the respect and honor they deserved.”

Wilson expressed gratitude for the recognition and that it was “especially meaningful” because of the lifetime of memories he has on “every street corner” in St. Petersburg. He also noted that standing alongside Reese, someone he considers a friend and mentor, was especially significant given their work in uncovering and sharing the stories of the Deuces. 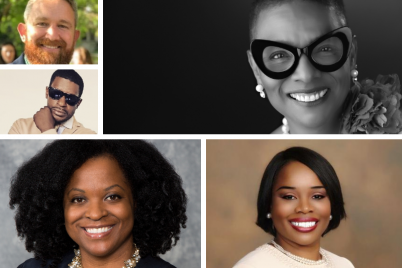 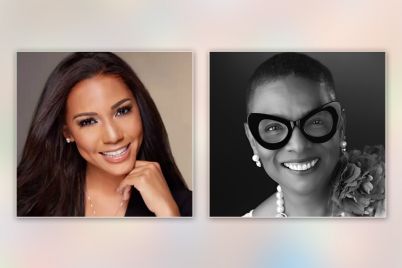 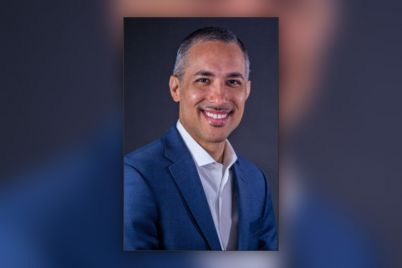