Noemi Bosques (right) came up short in her bid for the ABF Super Flyweight crown as she took on Crystal Hoy of Las Vegas.

ST. PETERSBURG — Fire Fist Boxing Promotions brought the fights to the Coliseum once again on Oct. 6 for its “Night of Champions,” where eight fighters scrapped for four vacant American Boxing Federation (ABF) titles. The night was not without its share of upsets and controversy, however.

Veteran boxer and hometown girl Noemi Bosques came up short in her bid for the ABF Super Flyweight crown as she took on Crystal Hoy of Las Vegas. Bosques, a St. Pete native, has journeyed all over the world to fight in such exotic location as Mexico, New Zealand and even India, but couldn’t fend off a determined attack from Hoy, who pulled off the upset.

The first round found Bosques (11-13-3, 2 KO) busy with well-timed jabs and straight rights but Hoy stayed with her. Hoy (6-8-4, 3 KO) took the fight to Bosques in the second, stalking her around the ring and keeping the St. Pete girl on her toes by firing off several speedy left-right-left combinations while ducking in and out.

In the third round, Hoy pumped steady jabs at Bosques and followed these by roundhouse rights and lefts, and connected with a thunderous combination that floored Bosques. The referee administered a standing eight count, and the fight resumed, but not for much longer.

Hoy moved in for the kill and felled a still-shaken Bosques with a single right hand. This time the referee waved off the fight, and Hoy took home the belt with a TKO at 1:28 in the round.

Exciting up-and-comer Mark Reyes, Jr. (8-0, 6 KO) of Tampa beat Juan Rivera Garces (28-22, 18 KO) of Aguascalientes, Mexico, to nab the ABF Welterweight title, but probably not the way Reyes would have wanted. It began with the local fighter landing a big right hand in the first round then chasing Garces into the corner to inflict more damage, but Garces was able to ride it out.

In the second, Garces dug a huge body shot into Reyes, but retribution was not long in coming as Reyes answered immediately with a brutal right hand to the head of Garces, and the rest of the round saw both fighters swinging hard and landing more big body shots.

It was in the third round that it came to a crashing halt.

A mere nine seconds into the round, Reyes was in a crouch when he fired off an errant yet explosive left hand that found its mark well below the belt of Garces. The Mexican went down face first on the canvas like he had just taken a cannonball blast to the groin.

As the referee determined that the low blow was not intentional, he allotted Garces five full minutes to recover and continue the round, per the rules. For several minutes Reyes paced at the far end of the ring near a neutral corner while Garces only writhed on the canvas, still on his stomach and unable to even turn over.

Only as the five-minute period was about to expire did Garces manage to gingerly get to his feet but needed help from his corner to do so. Either way, he was in no shape to continue, and as a result, Reyes was awarded the win with the TKO. An accidental low blow likely wasn’t part of Reyes’s game plan for grabbing the belt, but for better or worse, the title is his.

It took William “Baby Face” Silva of Plant City almost the entire fight to put away Jose Forero of Panama City, Panama, and win the ABF Lightweight title. In the scheduled ten-rounder, Silva (26-2, 15 KO) opened things up by being the aggressor, stalking Forereo and digging lefts and rights into the Panamanian’s mid-section.

In the second round Silva, originally from Sao Paulo, Brazil, crashed a few strong overhand rights into Forereo’s head. Snorting like a bull, Silva came at his opponent in the third round with wicked jabs that had Forereo backpedaling, and Silva forced openings to drive fierce straight-punch combinations down the middle.

At the end of the third and in the fourth, Silva continued to chase Forero, unleashing loping punches, but Forereo–a former WBC Latino and Global Boxing Council champ–didn’t back down. The middle rounds saw the seemingly overmatched Forero coming at Silva with several combinations, as Silva sought to fend him off with his jab.

The tide turned in the seventh when Silva connected with a powerful shot that rocked Forero, who staggered against the ropes, where Silva delivered more punishment. But a game Forero fought back, recovering enough to tag Silva with a couple of his own punches at round’s end.

In the ninth, Silva came out with renewed energy, deciding that this would be the round that he’d unsheathe his awesome left hook, and chased down Forero to batter his side with the sledgehammer punch again and again until Forero crumpled under the blows.

After the knockdown, Silva reloaded his lethal left hook and fired with deadly effect repeatedly into the side of Forero, who this time couldn’t fight back. The fight was stopped at 1:49 in round nine, a KO victory for the impressive Silva, a fighter worth keeping an eye on.

The remaining championship bout had Avril Mathie, originally from Sydney, Australia, but now fighting out of Miami Beach, squaring off against Samantha Salazar of Dallas for the ABF Bantamweight title. Since rounds only last two minutes under women’s boxing regulations, both ladies charged out of their corners at the opening bell determined not to waste any time.

Mathie (2-0-1, 2 KO) fought aggressively at the outset, coming right at the older Salazar (5-5-2) and loading up on left-right combinations, but Salazar fought back in the second, shooting off several rights thrown with purpose–as a result an egg-shaped welt developed on the forehead of Mathie.

There was a maelstrom of action during the next two rounds as both women weren’t afraid to mix it up, firing off some wild punches in a see-saw battle. The bout was so close, in fact, that after the scheduled four rounds were over, the contest ended in a draw, leaving the ABF Bantamweight title still vacant.

There was mild controversy in the night’s only heavyweight contest as Tampa’s Jose “The Dream” Medina took on Hector Hodge of Miami. Only 32 seconds into the opening round, Medina (4-1, 1 KO) plowed a bludgeoning left-hand flush into the face of Hodge (3-3), sending him on his way to the canvas.

Medina followed with a glancing right hand that bounced off the top of Hodge’s head as he was going down. Not content to stop there–or unable to control his own momentum–Medina crashed another shot to the head of Hodge, who was already down and dazed. The referee immediately waved his hands, calling an end to the fight.

An ecstatic Medina jumped and danced back in his corner, but his celebratory elation turned to puzzled disbelief as the fight was awarded to Hodge. The referee had disqualified Medina for punching his opponent when he was down, and as a result, Hodge walked away with the victory. Medina stomped angrily out of the ring, refusing to comment on the decision. It was Medina’s first loss.

In other undercard action, Ozodbek Aripov, originally from Siberia, Russia, but fighting out of Ft. Myers, scored a unanimous decision over Clifford Gray, Jr. of Miami. It was clear that Gray (1-5) wanted no part of Aripov (4-0, 2 KO) as he spent all six rounds running away from the Russian.

More than once a disgusted Aripov urged his opponent to fight, but Gray was content to circle around the ring and do little else.

Super lightweights Joseph Fernandez of Arcadia–but now fighting out of St. Pete–and Tobias Green of West Palm Beach delivered one of the night’s more entertaining, action-filled bouts. Both fighters traded punches fiercely for six rounds but, in the end, it was Fernandez (8-3-3, 1 KO) who topped Green (7-3, 2 KO) with a unanimous decision. 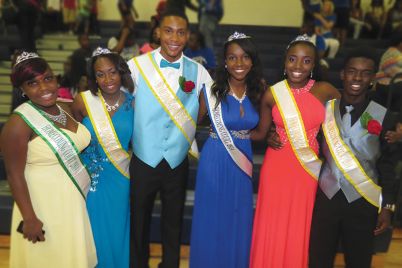 By Allen A. Buchanan, Staff Writer ST. PETERSBURG – Ominous clouds rolled in from the… 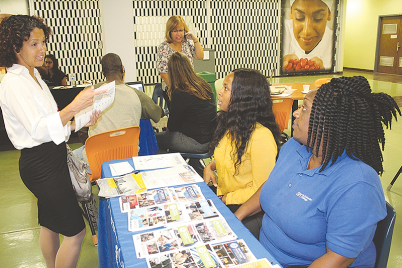 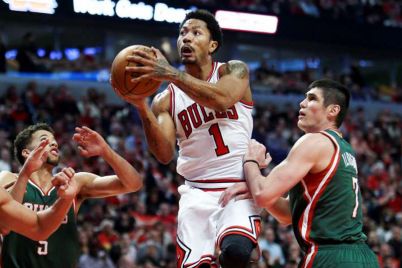