BY ALLEN A. BUCHANAN,Staff Writer

Family members and friends both smiled and cried as 14 young men and women names were called out for awards and certificates of successful completion of the program.

Assistant Police Chief Antonio Gilliam of the St. Petersburg Police Department congratulated the students and welcomed the families, while guest speaker Jocelyn Lawrence encouraged students to not only dream about what they want to do with their future but also to be doers.

Her speech emphasized how success is synonymous with pursuing one’s dream no matter how difficult it may be. 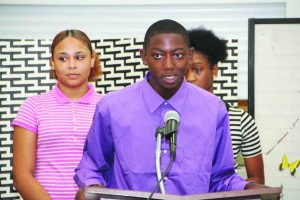 Orinthian Long had trouble writing his graduation speech, but in the end, he did a masterful job with it.

Ninth grader Orinthian Long had almost given up all hope of success before entering the Summer Bridge program.

“I had got into an incident of a battery charge when I got out of school one day,” said Long.

According to Long, another student was harassing him and other students on the school bus at the end of the day at Azalea Middle School.

“Then he messed up and said that he wished I was dead like my grandmother who had passed recently. She hadn’t even been dead a month yet!”

Long said the boy crossed the line, and they got into a fight on the school bus. The next day, he was confronted by the boy’s best friend at school, and another fight occurred.

According to Long, two police officers broke up the fight and connected it with the incident on the bus the day before. With a pile of tardy referrals and two fights, he was charged with battery and transferred to Pinellas Secondary School.

Long’s mother wasted no time in introducing her son to Bethel Community Foundation Director James Myles. After being accepted into the Summer Bridge School-To-Work Readiness program, he missed the first day of class.

“So that Tuesday when I came to the program, I had to stay afterward to catch up with everything after everyone else went home.”

Long said his feelings of not wanting to be in the program gradually changed as he started making new friends. Honors student Richelle Still was one of those friends, and her positive encouragement had a significant impact on the young man. She even helped him with his graduation speech.

About to give up, she gave him examples and showed him snippets of her speech. Long summed up his experiences with the School-To-Work Readiness program in one sentence.

Still is an honor student at The Boca Ciega High School. She first heard about the School-To-Work Readiness program through Janet Harris, who is a literacy coach at her high school. Still and Harris also attend the same church.

“For her [Harris] to recommend the program to me, I knew it would be something that I would enjoy,” said Still.

Moreover, Still liked what she read in the brochure about learning skills, goal setting and self-esteem.

“And I know I can work on that,” said Still about her self-esteem issues.

As she worked on improving her self-esteem as well as job and life skills, she was empathetic to situations that some of her classmates were facing.

“I was hoping I could get a little more comfortable with that, and I think I definitely did,” said Still, adding that her biggest problem was not knowing how to write a resume.

With help from program advisors, she got her resume written. She shared what students had to do to complete their mock job interviews successfully.

“We were giving a sheet with different questions that an employer may ask you, and we kind of had to figure out a way to answer them, but in a way that is professional but real.”

Still added that one of the first skills students learned in the mock interview was how to introduce themselves starting with a firm handshake.

“Mrs. Shaw would walk through the class shaking our hands, and she would say, ‘You need to make that stronger,’” stated Still, noting that a firm handshake was not as easy as it seems.

Still was not only impressed with the classes, but also with the people who worked with her and the other students, especially Lewis Stephens, Jr., the founder of I Support Youth.

“I was really inspired by the fact that he has his own organizations, and it’s cool that he’s so young, yet he can make such a big difference.”

I Support Youth identifies and rewards students who have made a significant improvement in academics, life skills and job performance. The organization also recognizes parents for contributing to their child’s success.

Stephens, Jr. made such an impression on Still that she hopes to follow in his footsteps one day.

The afternoon celebration ended with dinner, dessert and a photo session for kids and their parents.  For more information about the School-To-Work Readiness program, contact James Myles at (727) 866-2747. 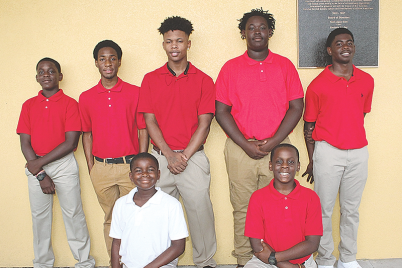 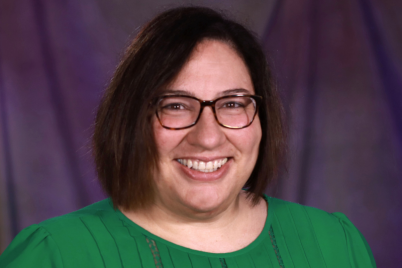 Welcome from the new director of Student Assignment

Ellen Truskowski is the Pinellas County Schools director of Student Assignment. Her… 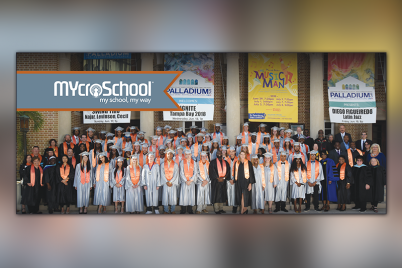