Many occasions that celebrate accomplishments of African-American women also are intended to support our communities, our neighborhoods, our families and advance the top issues on our equity and justice agenda, thus improving and stabilizing our status in our country, the United States of America.

For a people who have needed for our “backs to be gotten” for centuries, in order literally to survive, black women have stood in the breach for themselves and for their families. We continue to do that.

We have often been vilified for that breach standing. But these days, black women increasingly get elected to public office because constituents see how well we serve in that leadership role, locally and nationally. 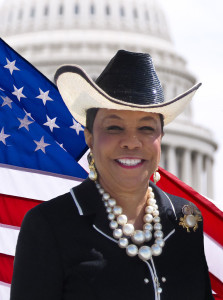 Today, nationally, there is one black woman—Senator Kamala D. Harris from California— and there are 20 African-American women members of the U.S. House of Representatives, making a total of 46 African-American women and men in all of Congress.  One of the black women members is Florida’s Congresswoman Frederica Wilson, whose name-recognition was pejoratively heightened by Mr. White House, Caucasian, Chief of Staff John Kelly, who called the congresswoman an “empty barrel.”

He then proceeded to fabricate a statement, which the congresswoman had never uttered.  We learned of Mr. Chief-of-Staff’s lie from a video confirming his lie. To date, he has yet to apologize to the congresswoman for his errors and insults, and just plain trifling behavior.

Anyone who knows even the barest minimum history about the African-American culture knows about black women as breech-standing advocates in times of crisis. Lynchings, murders, deaths in war, and other abuses and pain are such times. If Mr. Chief-of-Staff Kelly did not know who Congresswoman Wilson was, he should have known that he needed to find someone to ask!

Given his apparent lack of operational familiarity with African-American leadership, a Google tutorial would have been less offensive and incorrigible to the slain hero Sargent La David Johnson’s widow and family than the path he followed: flying by the seat of his presumptuous pants and manufacturing inaccuracies about the words that the congresswoman had NOT spoken.

Given that the White House West Wing reportedly now has no senior black advisor, who would Kelly have asked?

Bet that you can guess!!

African-American women leaders have historically been buffers of protection, arbiters of public decorum, models of aspiration and inspiration against despair. Many of us have risen from menial labor to serve as lamplighters for our passage, out of danger and into world accomplishments and leadership.

These icons listed below are invoked to remind audiences of the black women warriors who taught us—by example as well as by exhortations—how to lead and to negotiate for power; how to use influence and plan long-term strategies and how to keep our dignity while simultaneously protecting ourselves. All of this, usually with no funds, and with begged, loaned or borrowed working-resources.

We extol the following icons, regularly: 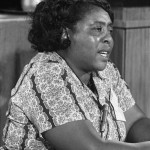 Fannie Lou Hamer: Voting Rights fire-brand, severely beaten and disfigured in her quest for black voters’ rights in her Deep South region, as well as even within the deliberative halls of the Democratic National Committee!  Her mantra was: “I’m sick and tired of being sick and tired!” That remains true for many of us today. 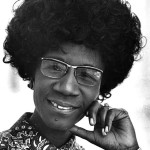 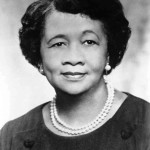 Dr. Dorothy Irene Height: Civil rights and women’s rights leader for 55 years and head of the National Council of Negro Women. The headquarters, in the magnificent edifice bearing her name, the purchase of which she herself orchestrated to its completion and to its mortgage-burning, is located on Pennsylvania Avenue, N.W, exactly between the White House and the Nation Capitol building, in Washington, D.C. 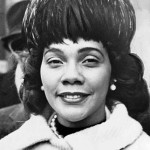 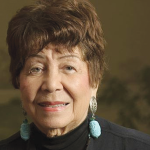 Evelyn Gibson Lowery: Was a civil rights leader and activist. She and her husband, the Rev. Dr. Joseph E. Lowery, advocated and lead the Southern Christian Leadership Conference, where he still advocates for today at 96.

Geneva Ellen Byrd Scruggs: An educator, politician, agent of change and a “race woman” if ever there was one. She founded a network of parent-teacher organizations largely to encourage African-American parents to assert their agency in the education of their own children.

She strongly advocated for the then-new process of public school integration, welcoming black teachers into newly integrated schools. Even in “up south” cities such as Buffalo, New York, the only black teacher I ever had throughout my primary and secondary school years was my mother – at home.

Scruggs was the first black woman ever to run for regional public office in upstate New York, and to seek election to the nine-person Erie County Common Council.  Geneva B. did not win.  Public office was seen as a “man’s job,” in Erie County, New York, in 1955, and in most of the rest of the United States.  There also were no white women on the county council either in that era. 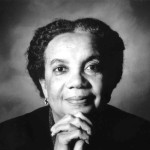 Marian Wright Edelman, Esq: Founder and CEO of the Children’s Defense and Educational Fund, she reminds us that, “Service is the rent which we pay, for living on this earth, “ deeded to us by these and other iconic ancestors. She has used her visionary leadership and her legal skills to bring about significant changes in the life-chances and legal protections and regulations guarding the lives of American children.

Things have changed—some—talk to Hillary Clinton about that. But also, praises for the two successful terms of President Barack Obama and First Lady Michelle Obama! They were very profound breakers of glass and racial ceilings.

She is the author of several books, numerous commentaries; earned a year-long Fulbright Fellowship to Germany and was inducted into the Hall of Fame of St. Petersburg, Fla., among other accomplishments. Dr. Scruggs-Leftwich earned her Ph.D. degree from the University of Pennsylvania at Philadelphia, was the deputy mayor of that city, and the Commissioner of Housing for New York State in Governor Mario Cuomo’s Cabinet. 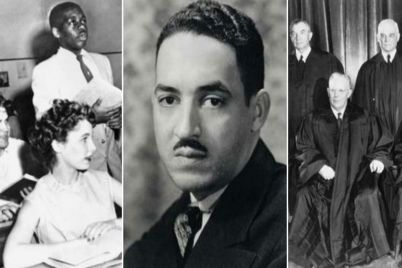 6 Lesser-known facts about Brown v. Board of Education

If the landmark Supreme Court case were repurposed as a modern-day legal drama, here are… 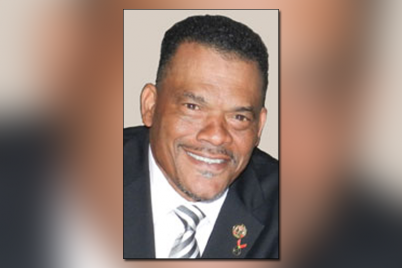 Caption Under the photo: Bobby Henry, Publisher of Westside Gazette From the Westside…