ST. PETERSBURG — I have many memories of St Petersburg in the 1950s. I remember the colored and white water fountains, the colored and white restrooms, the racist portrayal of Black people in a mural on the wall in City Hall, sitting at the back of the bus and not being able to purchase food and sit down to eat in Kress or McCrory’s department store.

I also remember not being able to go to the Florida Theater to see Snow White and the Seven Dwarfs, but my most vivid memory is of the green benches.

For many years green benches were a part of the city’s image, appearing on postcards and brochures. It’s been reported that at one time, green benches in the downtown area numbered more than 3,000. The benches were seen as a symbol of hospitality and a place to socialize by white residents and visitors alike.

However, for the city’s Black residents, who were not allowed to sit on the benches, it was another thing they had to endure.

Of all the symbols of racism, segregation, and Jim Crow laws, the one that stands out in my mind the most is the green benches, maybe because they were so visible. The benches were lined up and down Central Avenue, and as a child, it was so confusing to be told by your elders that you could not sit on those benches.

As most children would do, I asked why, but there was never a reasonable, rational, understandable answer to that question.

The benches remained until 1961 when an ordinance was passed by the city council requiring the famous, or infamous, benches be removed.

Benches first appeared in the downtown area in 1908 when Noel Mitchell placed a few benches in front of his real estate office to advertise his business. The benches proved to be popular, and soon other businesses were doing the same, resulting in what could only be described as an unseemly display.

In 1916, an ordinance was passed standardizing the benches in size and color, and St. Petersburg became known as “The City of Green Benches.”

Today, whenever the topic of the green benches is raised, it invokes two vastly different sets of memories. One is nostalgic and romantic, full of pleasantries and good feelings. The other is one of injustice, degradation and anger tinged with sadness.

I guess the memories are based on if you were a part of the group allowed to sit on the benches or the group who had to walk by the benches gazing at those who could.

By Tim Rymel, M.Ed., Huffington Post My fiancé, a teacher, came home from work the day… 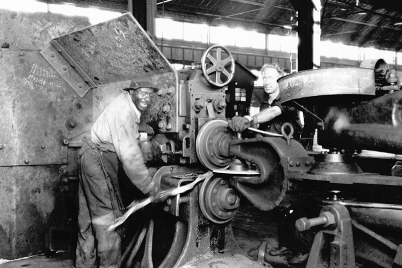