Over the top, under the radar, around the system, and through our fingers! Well played, Mayor Kriseman. The mayor likely would respond, “I think so.”

A recent Tampa Bay Times editorial sporting the headline, “Fresh start for the housing authority,” said that the St. Petersburg Housing Authority (SPHA) – on the verge of delivering upwards of $50-million in economic development in the south side community through the redevelopment of Jordan Park – acted “responsibly,” by “finally” firing

CEO Tony Love, “so it can focus on its mission, rather than the “constant” internal turmoil

and poor management that has plagued it for months.”

The statement was made despite the compelling fact that SPHA has, in fact, achieved national “High Performer” ratings from the U.S. Department of Housing and Urban Development (HUD) for well over a decade, including each of the three years led by Tony Love.

The editorialized statement was also made in full light of the even more compelling fact that in the same timeframe, SPHA has also successfully ended an inter-local operating agreement with the Pinellas County Housing Authority (PCHA).

That liberating move away from PCHA has not only freed SPHA to consistently achieve higher performance levels, as defined by HUD; it has also freed SPHA to secure new sources of funding such as that offered under the HUD-supported RAD (Rental Assistance Demonstration) program, which effectively opens the door for housing authorities to compete at a level that is more on par with private sector providers of affordable housing.

In fact, it is growth, for the strategic business purpose of developing additional affordable housing opportunities, that has made the African-American led SPHA the favorite whipping boy for its market sensitive competitors and the political interests that are so openly and unabashedly aligned with them.

As the largest provider of affordable housing in a city that has openly, historically, financially and politically opposed public housing, especially for low to very low-income constituents, of course, the SPHA and the executive hired to enlarge its territory are under siege.

With the nearest competitor falling some 2,000 units behind the pace set by SPHA, it also should be noted that the unspoken word tells a New South story about a formerly all-black SPHA board of commissioners led by a black CEO, bringing the heat to a town with no historic point of reference for such achievements by black people.

This story, its chapters undergirded by race-based politics and economics, is playing out

given long suffering desegregation efforts at home, work and play, under a sadly, though clearly selective sunray of light, as evidenced by repeated slams against a black man CEO’s salary that is lower than that of affordable housing competitors, local housing authorities and the politicians who are appointing SPHA competitors, former city employees and persons having no relevant skills or particular affinity to the SPHA board.

The latter observation also gives pause to the shameful comparison drawn by The Times’ editorial writers between the documented medical condition reported a month in advance of Love’s sick leave with the unspecified basis for leaves taken by other executives of other ethnicities fired for abandoning their posts during a time of crisis.

Perhaps the analogy is better authenticated by the fact that storm preparedness training and materials have been provided to residents from June forward through the threatened arrival of Dorian.

Indeed, board chair Stephanie Owens, in lobbying for Love’s dismissal for “convenience” during a recent board meeting, expressed wonderment and frustration that Love would take leave while a major storm was forecast and, according to sources, to buttress her argument may have shared his personnel and medical leave records with fellow commissioners as part of a package of documents she distributed to them on the day Owens and five other Kriseman appointees – Roxanne Amoroso, James Dates, Jerrilyn Evans, C. Knox LaSister and Terri Lipsey Scott – voted to fire Love.

Resident Interest Commissioner Sharlene Gambrell-Davis, a holdover from the previous board whom Kriseman did not go after, voted to retain Tony Love.

Political and real estate insiders tell us Kriseman wants all that Jordan Park acreage to be developed by folks who look like him rather than the homegrown black folk who’ve been working hard to produce this economic development opportunity.

Activists on the ground now say they are wondering just how black folk in near-downtown election districts – who records suggest gave Kriseman his reelection margin of victory – will react or respond if this black-led economic development is neutralized.

I will be looking for black citizen-electors’ responses now as Kriseman has floated potential interest in governing we Floridians from the capitol in Tallahassee. 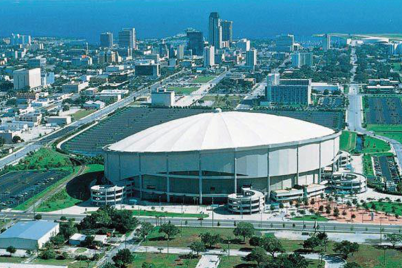 Dear Editor, As any of you know, the economic issues of south St. Petersburg have been…

Being a black woman in America

Dear Editor: “The most disrespected person in America is the black woman. The most…