Gigi Lucas, founder of SurfearNEGRA, started her organization in an effort to bring girls into the sport of surfing.

With the creation of a single tote bag, Gigi Lucas and Brianna Kilcullen hope to bring awareness to these and other issues in society.

After relocating back to Jacksonville after college, Kilcullen, founder of Anact, was in full startup mode, with little time for making friends.

“A friend of mine who was helping me with social media marketing told me about a photographer named Malcolm (Jackson) and told me that he was a person she could see me being friends with,” Kilcullen said.

Kilcullen started following Jackson on social media and reached out. The two became friends and eventually worked on a project together for her company, which is a sustainable textile organization that focuses on using hemp to make towels and occasionally, tote bags.

Through their friendship and Jackson’s photo series called “The Black Beach,” Kilcullen learned of another Jacksonville resident she knew she wanted to meet: Gigi Lucas.

“I saw one of his photos of her and learned about her organization and was like, well, that’s someone I need to be friends with, too.”

Lucas, the founder of SurfearNEGRA, started her organization to bring girls into the sport of surfing. A woman with a lifelong connection to the ocean, Lucas wanted to find a way to help break down the barriers that keep Black people, and especially Black girls, from the water.

“I grew up in Tampa, and my parents raced catamarans,” Lucas said. “From a very early age, we were in swimming lessons, and my dad was always talking to us about ocean safety.”

Surfing, though, never crossed her mind.

“I never considered surfing as an option because I never saw anyone who looked remotely like me doing it.”

It wasn’t until she was in her mid-thirties that Lucas had the opportunity to try surfing, and from that very first lesson, she said, the connection to the sport was undeniable.

“I knew I had to work my life around surfing,” she said.

She picked up her life in New York to move to Jacksonville, which created an opportunity for Lucas and Kilcullen to meet and eventually work together.

“I reached out to Gigi to see how we might be able to collaborate and work together, and then COVID-19 hit,” Kilcullen said. “But we reconnected in May and figured out how we could shed light on the work we were doing, especially in this time.”

With COVID-19 raging on and then the murder of George Floyd, the two founders knew they wanted to create something that had meaning and would support the Black Lives Matter movement.

“We felt like the tote bag was relevant to the time and mirrors all of our goals,” Kilcullen said.

On one side of the bag is Lucas’s photo with her surfboard, standing on American Beach.  The photo was taken by Jackson. American Beach is a 30-acre stretch of shoreline on Amelia Island that was purchased by Black insurance agency owner A. L. Lewis, in the 1930s.

For several decades, as segregation and Jim Crow laws ravaged the South, American Beach was the only beach too which Black people had access. The other side of the bag dons a poem written by Lucas.

The showcasing of a Black woman and her surfboard is a powerful symbol, said Lucas.

“Even though there is this swell of more Black women in the space of surfing that serve as inspiration, I knew there needed to be a bridge between what people saw as possible and what was actually possible.”

That starts, Kilcullen said, with representation.

Black Lives Matter is the primary cause promoted and supported through the limited edition tote, Kilcullen said, but it is also much more.

“Farmers need a cash crop and we really believe hemp could be that crop,” said Kilcullen. “We’re lucky in that with the climate here, we can grow year-round, but farmers don’t necessarily know who the market is for something like hemp.”

Anact, she said, shows Florida farmers that sustainable textile companies like hers provide the market.

Because it is made of mostly hemp, the bag also saves about 236 days of drinking water, as hemp only requires about one-eighth the amount of water to grow that cotton requires.

The tote bag, Kilcullen said, was a deliberate choice made by the two women to bring light to important causes.

“The goal is to solve problems and raise awareness, not just create stuff,” she said. “I love the concept of people getting to wear their values.”

The profits from the sale of the tote bags will help send Black girls to surf camp through Lucas’ organization. It sells on the Anact website for $35. 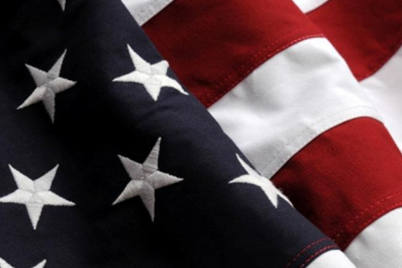 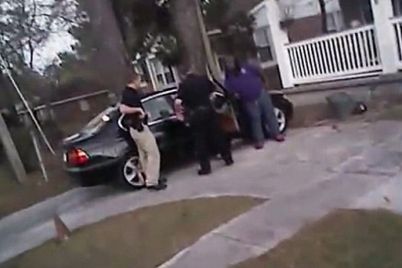 Police cuff, tase innocent African-American man in his own yard before checking his ID 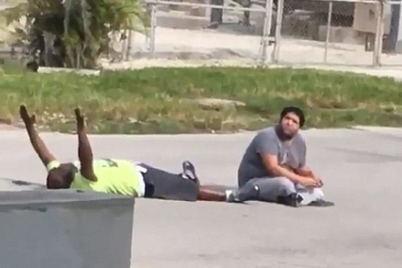