All signs point to problems for Marco Rubio’s lethargic campaign. Demings has momentum and more money than the incumbent U.S. Senator.

WASHINGTON, D.C. —The U.S. Senate is considered the world’s elite bastion of power and prestige, but not to Marco Rubio. The second Cuban American elected to the high office, the Miamian was a rising young star in the Republican party. Now he is seen as a malcontent who has missed more votes than nearly 75 percent of senators and complains about having to show up in Washington to do his job.

He recently told the world on Twitter: “Woke up at 5 am to a 3 am email that my 8:30 am flight was canceled. But they rebooked me on an 8 pm flight tomorrow night with one connection. Now in D.C. for the joy that is ‘vote a rama’ on a garbage bill.”

The Inflation Reduction Act he was deriding was passed in the Senate without his vote or any Republican support. The IRA will address climate change, create good-paying jobs, lower prescription drug costs, and ensure that the wealthiest Americans and big corporations pay their fair share of taxes. It delivers the relief Americans badly needed, and Rubio voted against it.

“Marco Rubio complains about going to work, and when he shows up, he votes against capping the price of insulin for Floridians. Florida, we deserve better,” said Democratic challenger Congresswoman Val Demings.

Florida voters seem to think the same thing and are aware of Rubio’s disinterest in serving them. Demings tied Rubio at 45 percent and 46 percent in two recent credible polls. That raises several red flags. Demings was trailing Rubio by six to eight points a few months ago. And, Rubio has fallen below 50 percent, more bad news.

Even before his failed attempt at the Republican nomination for president, Rubio talked of his disenchantment with the Senate and declared he would not run for reelection only to put his name on the ballot. He was such a prolific flip-flopper, and CNN kept count. His record is nine times.

In one of his promises to walk away from the U.S. Senate, Rubio said, “I have only said like 10,000 times I will be a private citizen in January.” Looks like Val Demings is going to help him keep his word this time. 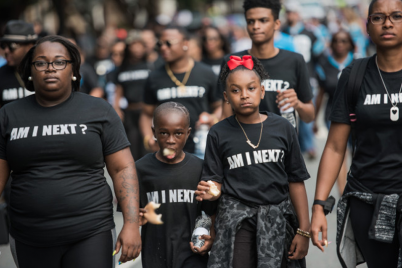 Everything but the N-word

While speaking at a youth rally in Phoenix, Trump called the coronavirus “kung flu.”…