ST. PETERSBURG — Victoria Marie Lawson, 96, went home to be with the Lord on July 7, 2020. She was a faithful member of Galilee Missionary Baptist Church for more than 60 years. She served on the #2 Usher Board, Pastor’s Aide Board, Nurses Guild and the Senior Mission.

Last year, she received the Golden Achievers Award for dedicating more than 60 years of service to the Improved Benevolent Protective Order of Elks of the World. She was Past Grand Daughter Ruler of Sunshine City Temple #168 and Member of the Emma V Kelley Council.

Mrs. Lawson was a member of the Shining Light Chapter #39, Order of Eastern Star, P.H.A., for over 40 years, and worked with the Grandparents Program in Pinellas County Elementary Schools.

As the first circulation director for The Weekly Challenger newspaper, she sold the very first paper in 1967, and after 34 years, she sold her last paper on Thursday, Dec. 27, 2001.

“When I heard that Mr. Johnson was buying the newspaper, I went to talk to him about selling the paper. From that interview, I became his first carrier, which also meant that I also had to establish some route or simply find people to buy the paper,” she said in a 2001 interview.

In 1967, you could pick up The Weekly Challenger for $.05, and her sales crew consisted mostly of boys and girls in the community.

Mrs. Lawson spoke about all of the hard work and commitment she put into her job.

“A lot of work went into this paper,” Lawson expressed. “During those times, Bill Blackshear, W.L. Jones and I would physically go to the plant and help assemble the paper. Actually, the three of us would go to the plant at 3 a.m. on Thursday morning and insert the sections of the paper together as they rolled off the press. We would roll them, tie strings around them, then around 5 a.m., Jones and I would leave with the ones we had finished, and Blackshear would stay there to finish and bring the remainder of the papers.”

Mrs. Lawson said her commitment to The Challenger and her dedication to the community is why she stayed so long.

“I knew the paper was a worthwhile endeavor,” she said.

Surviving siblings include Claude Lewis and Margaret Taylor of St. Petersburg. Her loving nieces, nephews and other relatives and friends will all miss her. 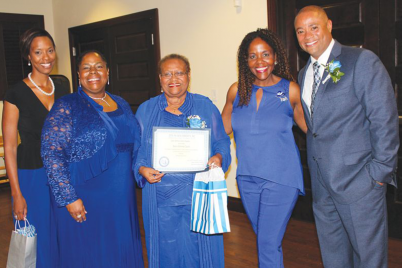 In 2014, Emma Cavin (center) was honored for her contributions to not only the Zeta Phi… 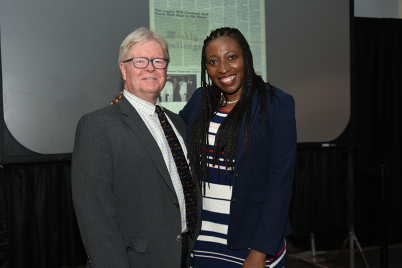 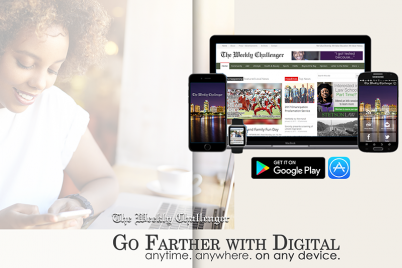 Doorstep, desktop or fingertips – The Weekly Challenger newspaper continues to…