Being awarded the scholarship was no easy task. A firm 2.0 GPA, being an active member of Bethel Metropolitan and participation in its youth ministry activities were not the hardest criteria to meet. It turns out the paperwork associated with the scholarship and the hard deadline dropped some eligible youths out of the running.

Applicants needed to complete the scholarship application, provide high school transcripts, proof of acceptance into a post-secondary institution and two letters of recommendation — one from a church member and the other from a teacher, administrator or counselor. A one-page essay explaining the value of education and career plans was also mandated, but some eligible students didn’t turn it by the deadline.

“Not all of them submitted applications,” said Tracy Johnson, Graduation Scholarship Ministry leader. “We are stringent in the fact that it has to be turned in on time with the supporting documents, so not all of them were awarded scholarships.”

But all eight graduates, whether they received a scholarship or not, were honored at the Elizabeth Howard Scholarship Banquet where they enjoyed good eats, inspiring words of wisdom and entertainment.

Elizabeth Howard, a longtime church member and educator, passed away eleven years ago, but her dedication to the church was legendary. A member of Bethel Metropolitan for 54 years, she served on various ministries and was an inspiration to those she met.

“She was a real supporter and promoted higher education and the value of that, so we made a scholarship to honor her,” said Johnson, who was once a recipient.

Hollingsworth had a planned course for her life. She saw Florida State University’s colors of garnet and gold in her future, anticipated every step, including a career that looked spectacular on paper.

“I would follow what everybody else wanted me to do,” said Hollingsworth, who is now a journalist for WINK-TV, a CBS-affiliated in Fort Myers. “But God called me for something different, and it’s what I believe today is my purpose.”

She went off to Florida A&M instead, feeling a pull to the university that she couldn’t explain, and although excited, she was insecure in her decision. Hollingsworth reassured the graduates that it is completely normal to be a little scared about the decision of which school to attend, whether to forsake higher education altogether, attend a trade school or the military.

“That’s because you’re stepping into the unknown and that can feel a little lonely sometimes,” she explained, encouraging graduates and church members alike to get spiritual.  “When we quiet our mind, we can hear God’s voice.”

She’s talking about that little voice that resides in the back of your mind; the one that brings clarity and helps to pave the path to life’s next steps.

“We all have that voice,” Hollingsworth averred, “but it’s whether we choose to listen to it or not that presents the outcome.”

With society’s go-getter mentality and no evidence that it will ever stop, being mindful and doing away with the constant demand of social media such as Facebook, Twitter and Instagram can help to slow down the hustle and open a pocket of calm.

It is in these times that purpose is found. It could be tomorrow for some, a year from now for others, or 10 years down the road, but Hollingsworth believes that once purpose is discovered, nothing can derail you from your path if you hold on.

Senior pastor Rev. Dr. Rickey L. Houston gave a short prayer and encouraged the graduates to continue in their accomplishments and to fulfill their potential.

“They have been doing some wonderful things,” he said. 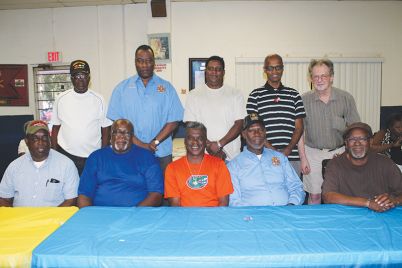 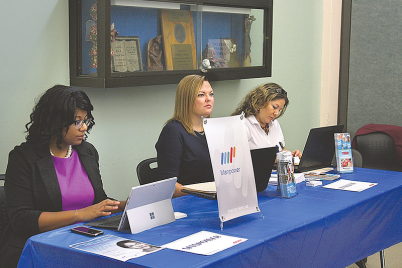 ST. PETERSBURG — More than expected in every way, AARP Tampa Bay, partnering with the…