ST. PETERSBURG — Amiah Adams said being a Dreamer has been an experience that will last her a lifetime.

She was one of 100 students chosen to be a part of Steve Harvey’s annual Disney Dreamers Academy this past March in Orlando.

The Weekly Challenger wrote a feature story on Amiah before her trip and caught back up with her to get the details.

“I got a peek into the medical field — learning from the best in the industry,” Amiah said. “I’ve made friends for a lifetime. We started a chat group, and there are daily messages to this day.  Some of the Dreamers have been accepted to schools such as Harvard and Yale. It’s so exciting!” 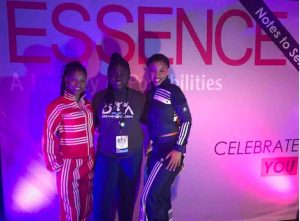 Amiah, a student at Dixie Hollins High School, and the rest of Dreamers had the chance to meet several leaders in business as well celebrities such as Steve Harvey, Chloe x Halle and Ruth Carter, the Academy Award-winning costume designer from the “Black Panther” film.

Now, as a Dreamers alum, Amiah feels she is ready to take what she has learned and make a real impact on the world. She said the drive to make an impact on society was a common theme throughout the four days.

“I worked really hard to take in everything that they were throwing at us,” the honor student said. “I also learned a lot about networking, and that is a great asset to have.”

She was one of only a handful of students asked to appear on Good Morning America to talk about her experience.

“She is in the process of writing her first book,” Adams revealed. “It’s about confidence for teenage girls. It was amazing to watch my child blossom.”

Adams said while she is grateful for what the program has done for her daughter, she too was inspired by the experience.

“I was blown away,” Adams averred. “This wasn’t just for the kids! The parents had their own agenda.”

She said one session, in particular, was especially rousing.

“It helped me to realize I need to focus on my goals again as well, and not just help Amiah reach hers,” Adams said.

Both say they think the Dreamers Academy is a fantastic opportunity for anyone who has the chance for the experience.

“I think more parents need to encourage their kids to apply,” Adams stated. “More parents, especially in the African-American community, need to seek out opportunities like this. They are out there, but they will not come to you.”

Amiah said she would encourage anyone applying for the program to take their time and not rush.

“These are not essays you can write in a day or two,” she admitted. “I worked on my essays over the course of a couple of months. I spoke my truth, and I think just being yourself is important.”

For more information on the Disney Dreamers Academy, go to www.disneydreamersacademy.com. 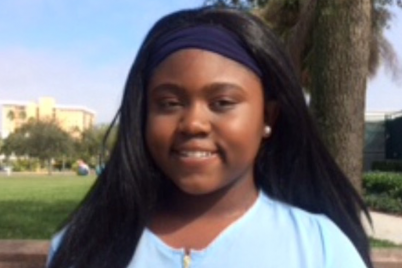 BY KARIN DAVIS-THOMPSON, Staff Writer ST. PETERSBURG — When Amiah Adams got the…