Jasmine Burney-Clark, founder and consulting director of Equal Ground, a local group organizing in the Black community around voting and political engagement, aims to do something about it.

ST. PETERSBURG — African-Americans voters have historically been disenfranchised in the United States, and Florida sits top on the list of suffrage revocation. Jasmine Burney-Clark, founder and consulting director of Equal Ground, a local group organizing in the Black community around voting and political engagement, aims to do something about it.

Perhaps unique in their focus, they work in four counties in the I-4 corridor: Orange, Seminole, Volusia and Pinellas, “the heart of the key Black-led communities,” according to Burney-Clark, an Orlando native.

This put them into a space where there were not many organizations working, and none that were Black-led.  The I-4 corridor, a crucial area in presidential elections, is also one of the country’s fastest-growing regions.

“We are here to build Black political power — not only in the I-4 corridor but also throughout the state of Florida,” Burney-Clark asserts.

The group works on issues such as equality, a living wage, and social justice, among others.  Equal Ground was founded in May 2019 and receives funding from public and private sources, primarily foundation grants.  Burney-Clark was pleased that entertainment mogul Tyler Perry just made a donation in recognition of Florida’s importance in the upcoming federal election.

A campaign veteran, Burney-Clark previously worked as the executive director of the Florida 501c3 Civic Engagement Table, doing voter registration, advocacy and census work.  Not seeing many Black-led political organizations, she decided to start her own.

She wanted something “trusted, viable, and having experience being able to build Black power.” Having a Black-led organization not only creates a space for African-American voters to be treated equally, but also provides leadership training opportunities for the activists doing the outreach.

COVID allowed them to create something new: the ability to leverage technology to reach many more potential voters.

Before the pandemic, Equal Ground’s voter registration outreach was done only on the ground via door-to-door neighborhood canvassing and supermarket and church outreach.  Since that was no longer an option, the organization paid its team to take a break for a week to learn new technologies and provide mutual aid services, which resulted in calling 40,000 people in each of their four counties.

When reaching residents to advise what new resources were available such as rental assistance, they were able to combine the call with voter outreach.  While technology allows many more contacts, face to face organizing is still more effective, according to Burney-Clark.

Still the group has accomplished quite a bit during COVID.  They registered 1,000 people across all four counties online, signed up 5,000 people to vote by mail, and have initiated more than 140,000 voter contact attempts.

They have also partnered with the Urban League and the NAACP to educate the community about candidates and issues.  In Pinellas County, the group has a dedicated organizer and has worked on census program and vote by mail signup and voter registration.

Equal Ground’s goal for this election cycle is to have 40,000 conversations with voters and get 30,000 “make a vote” commitments.  They need to reach out to three times that number to reach their target.

They sent 100,000 text messages Oct. 5, the last day to register to vote, 73,000 prior to that and 40,000 texts for mutual aid/voter contact.  Now the organizers are following up to get people to plan how they are going to vote.

Vote-by-mail is effective, but there are pitfalls: signatures must exactly match what is on file on driver’s licenses and or voter registration cards.  Voters need to be sure their mail-in-ballot is counted by checking on votepinellas.com.

In response to anticipated voter suppression at the polling places, Equal Ground is working in coalition with several groups. One is a statewide election protection initiative spearheaded by Common Cause Florida.  Organizers and attorneys can be dispatched to polling places or the Supervisor of Elections office if a problem arises at the polls.

The group is also working with the Hispanic Federation and Black Voters Matter in a unique way — they plan to drive around 10 precincts in high priority counties to make sure there are no problems during the two weeks of early voting. People who do encounter a problem at a polling place can call 866-OUR-VOTE for assistance.

When asked what to say to people who don’t think their vote matters, Burney-Clarke has a response tied directly to the pandemic.  “I don’t want to squander my vote to someone who can squander my life savings as a result of decisions that are made.  Or they tell me whether I can leave my house, or stay at home, and either provide for my family or risk my health —and this power is placed in the hands of one person — that makes me want to vote in every election.” 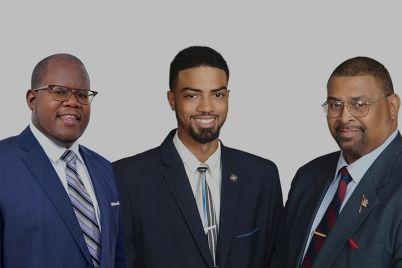 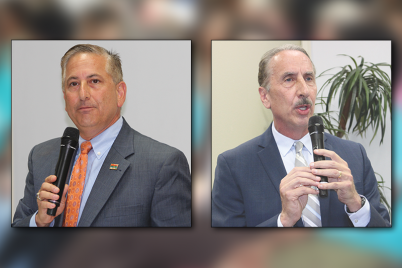 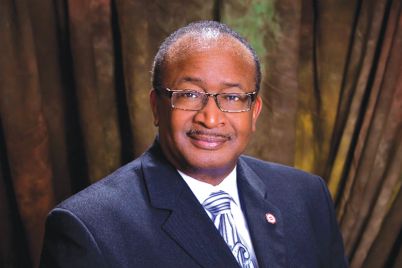