ST. PETERSBURG — Known as the “King of Baseball” in St. Petersburg, James Franklin Oliver, Sr., played shortstop in the historic Negro National Baseball League, where he was considered one of the most gifted and esteemed professional baseball players of his time.

Oliver Sr. played with some of the greatest baseball players in American history: Satchel Paige, Josh Gibson, Cool Papa Bell and countless others.  He played with the legendary barnstorming Indianapolis Clowns, the Birmingham Black Barons and the Cleveland Buckeyes.

After white owners recognized the threat of great black baseball players in the Negro National League, they started signing players such as Jackie Robinson to integrate Major League Baseball in 1947.  These Negro League teams were defeating National League teams and many times had thousands more attending their games, outselling the white teams.

The Braves played their games on the baseball diamond at the Campbell Park field. This is the same field where the historic Gibbs High School Blue & Gold 1947 National Football Championship team played their games, attracting white fans from all over Florida.  Gibbs baseball team also played on the field.

At some point, Oliver Sr. renamed the Braves team the Oliver Alouettes. Many descendants of the Negro League played for such “hometown” teams across America, such as the Alouettes. It has been said that ex Negro National League greats such as Oliver Sr. kept baseball alive in St. Petersburg and cities across America.

Oliver Sr. was known for his love for the youth. For decades, stories have been told of how attentive he was to countless girls and boys. He helped hundreds of youth hone their skills in the game of baseball, football and basketball in the city of St. Pete.

Oliver Sr. is recognized as the person who, from 1950-70, brought baseball to St. Pete’s youth. He and my cousin, Charles Tutson, were among those who organized the first Negro Little League Baseball during the early 50s.

Two months after his death at the age of 52 in Dec. 1971, after brain surgery at Bayfront Medical Center, the Campbell Park Recreational Center Teen Council hosted a free memorial awards dinner in his honor.  NFL greats Melvin Rogers, linebacker for the San Diego Chargers and NFL’s Edwards of the Pittsburg Steelers and other great Gladiators attended this community event.

On Saturday, May 8, 1972, Oliver Sr. and his family were also honored by the St. Petersburg National Business League with a “Day-Long Memorial Devoted To Baseball” event that was attended by Smith of the Detroit Tigers and Boston Red Sox and Super Bowl Champion defensive back Edwards.

In Feb. 1975, the city’s beautifully renovated the Campbell Park diamond baseball field and was dedicated by Mayor C. Randolph and named in honor of Oliver Sr.

Teresa A. Weems contributed to this article. 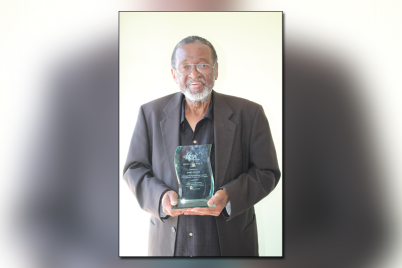 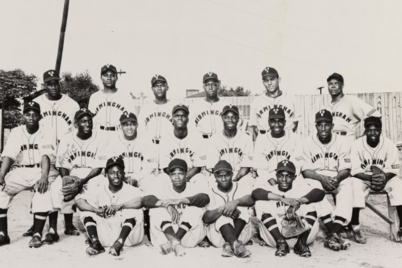 The 1948 Birmingham Black Barons, Courtesy of the Negro Leagues Baseball Museum Inc. BY…